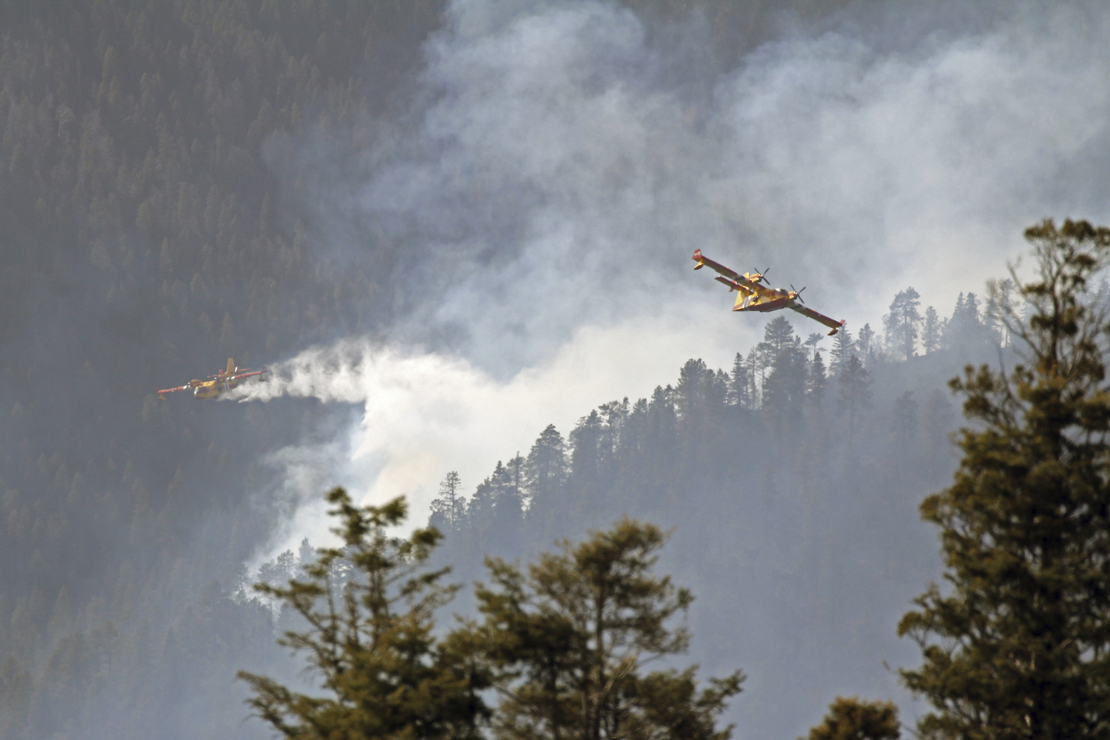 The federal government is preparing to pay the victims of a massive wildfire that was triggered when the Forest Service lost control of a prescribed burn in New Mexico earlier this year.

The move to process their claims signals a remarkable concession by federal officials in the wake of a devastating fire that tore through a forested area that’s largely occupied by low-income descendants of Spanish settlers. Congress took the rare step of allocating $2.5 billion for a compensation fund to pay for injuries, property damage, lost income and business losses caused by the wildfire.

The fund also will cover the costs of mental-health counseling for people affected by the blaze. The Federal Emergency Management Agency, which is distributing the money, gave people two years to file claims and recently published a notice explaining how claims should be filed.

It is only the second time that Congress has decided to compensate victims of a wildfire caused by a federal agency.

The fire burned 342,000 acres — an area nearly twice the size of New York City — destroyed more than 1,000 structures and is the largest wildfire in New Mexico history. It began in April, when rapidly changing weather conditions caused a Forest Service prescribed fire on federal land to spread outside its boundaries in northeastern New Mexico.

The blaze merged with another wildfire, and the conflagration became known as the Hermit’s Peak/Calf Canyon Fire. It took firefighters four and a half months to extinguish the flames and forced massive evacuations from two low-income counties whose populations are overwhelmingly Hispanic.

The creation of the compensation fund was a huge, last-minute victory for New Mexico’s congressional delegation. The lawmakers pushed to include the fund in a short-term spending bill that Congress approved on Sept. 30 to keep the federal government running through Dec. 16.

Days before Congress added the fund to the continuing resolution, when the fund’s status was uncertain, House Speaker Nancy Pelosi (D-Calif.) said Rep. Teresa Leger Fernández (D-N.M.) “has been relentless.”

Leger Fernández, who represents the district where the wildfire occurred, said at the time that “there is not a single chairman of a committee in the House of Representatives who has not heard about what has happened in New Mexico.”

In 2000, Congress approved a compensation fund following the Cerro Grande Fire, which burned 48,000 acres in northern New Mexico, destroyed more than 200 homes and forced 18,000 people to evacuate. The fire began as a controlled burn by the National Park Service, which took responsibility for the wildfire.

People who accept payments from the new compensation fund waive their rights to seek compensation from the government through other avenues such as federal courts.

The fund is separate from disaster assistance that FEMA has provided in the immediate aftermath of the wildfire and from low-interest disaster loans provided by the Small Business Administration.

The wildfire burned a swath of northern New Mexico that has a long and fraught history with the U.S. government and the Forest Service, or “La Floresta,” in particular.

Many locals trace their heritage to Spanish settlers who arrived long before the U.S. acquired the area in 1848 through the Treaty of Guadalupe Hidalgo, which ended the Mexican-American War. But when the U.S. largely ignored its treaty obligations, locals saw their rights and their land stolen by profiteers and the federal government.

The Forest Service now manages much of the area and decides when and how “Nuevomexicanos,” as locals call themselves, can make use of the land that they still consider to be their own.