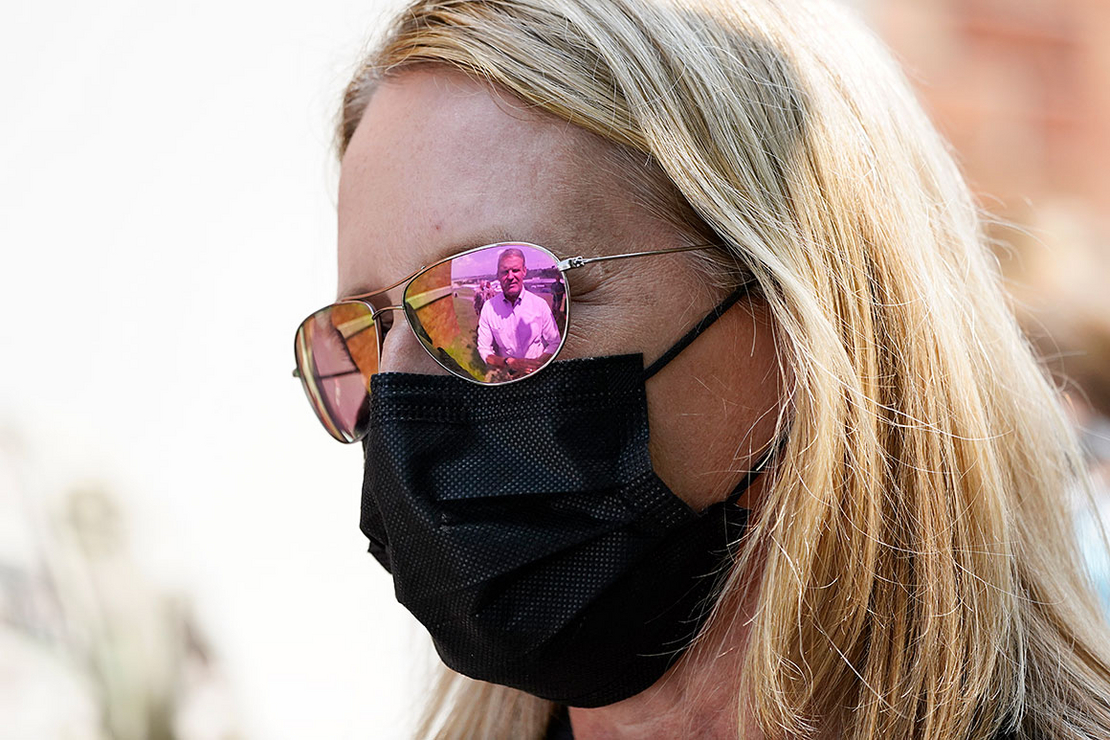 The nation must move away from “incremental” mitigation measures to counter the effects of climate change and focus on large projects that can protect a wide swath of people, the head of the Federal Emergency Management Agency told emergency-response officials this week.

FEMA Administrator Deanne Criswell said that as climate change intensifies disasters, the agency and its local counterparts should undertake large-scale, multimillion-dollar projects instead of mitigating individual homes that are prone to being flooded.

“There still needs to be that house-by-house type of effort. But when we’re thinking of future risk, we have to start thinking of communitywide, system-based mitigation projects,” Criswell said Wednesday during a virtual question-and-answer session with emergency managers.

“We have such an opportunity right now to do more system-based, communitywide projects that have an impact on a whole neighborhood and move away as much as we can from an incremental approach to hazard mitigation,” Criswell said.

Her remarks signal a possible change in strategy for FEMA, which distributes billions of dollars in hazard mitigation grants to states and communities and has funded thousands of projects that mitigate flood-prone homes either by elevating them above flood levels or demolishing them and leaving the land vacant.

FEMA’s new grant program, called Building Resilient Infrastructure and Communities, opens the door to larger-scale projects, Criswell said, because the program has unprecedented sums of money and can give communities up to $50 million for a single project. Previous FEMA grant programs have been limited to spending $5 million on a project, she said.

Criswell, who took over FEMA in April after being appointed by President Biden, also said the agency needs to focus more on future risk from climate change and less on historical patterns of damage from disasters.

One priority for FEMA is “to really address the impacts we’re seeing from climate change and start to really shift a little bit of our focus away from — not completely away from — but less focus on the historical risk that we’re seeing,” Criswell said.

“We do a lot of our plans, we do a lot of our exercises based on historical risk, which still needs to be part of our conversation. But we have to have a more deliberate conversation about what our future risk is going to be. What do we think we’re going to face in 10, 15, 20, 30 years from now, and what steps can we take now to start to reduce the impacts?” Criswell added.

Such a shift in focus also could compel FEMA to discourage projects that elevate or demolish flood-prone buildings because the buildings that are mitigated are typically those that have sustained substantial flood damage in the past. FEMA’s main goal in mitigating flood-prone properties is to reduce claims on the agency’s National Flood Insurance Program, which provides most of the flood insurance in the United States but has had to borrow $35 billion from federal taxpayers to pay for flood losses since 2005.

Criswell spoke during a session sponsored by the International Association of Emergency Managers and the National Preparedness Leadership Initiative at Harvard University. She was interviewed by Richard Serino, a former FEMA deputy administrator, who fielded questions from a virtual audience of emergency managers.

Criswell did not say how FEMA would encourage states and municipalities to undertake communitywide mitigation projects.

Criswell said the nation has an unprecedented opportunity for climate mitigation as Biden has said he would allocate a record $4.5 billion in the next year for local mitigation projects.

But, Criswell added, “we know it’s not enough. We know we’re going to need more. But it’s really giving us an opportunity to be deliberate and proactive in how we’re approaching this.”