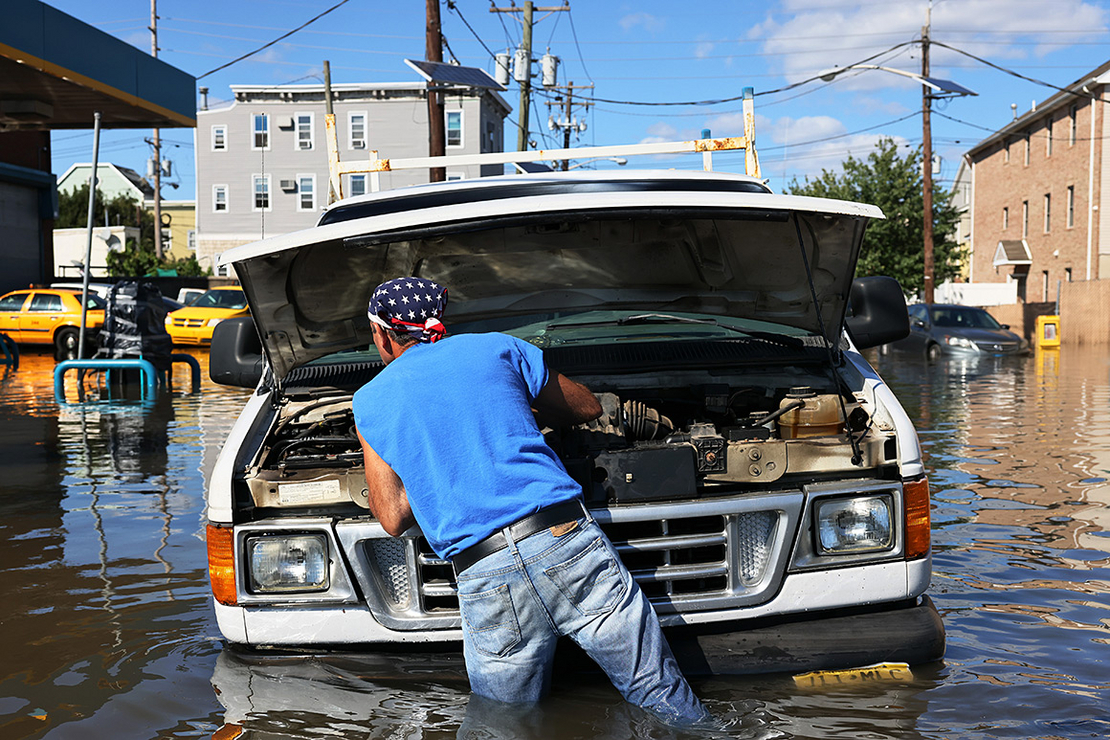 The Federal Emergency Management Agency is moving ahead with the launch of a new flood insurance rating system next week, brushing aside last-minute pleas from lawmakers and advocates to delay the changes, a senior agency official told E&E News yesterday.

David Maurstad, the FEMA official in charge of the agency’s flood insurance program, said a new method of setting insurance premiums will take effect as planned Oct. 1 despite lobbying by coastal lawmakers who say some constituents will face higher insurance costs.

“There is no delay in writing the new policies under Risk Rating 2.0,” Maurstad said in an interview, referring to FEMA’s plan to restructure insurance rates so they reflect more accurately each property’s flood risk.

The restructuring plan will alter premiums for the 5 million policyholders who buy flood coverage through FEMA’s National Flood Insurance Program (NFIP) and marks the largest revision in the program since its creation in 1968.

“It’s unprecedented. Never before has the program decreased premiums because the way we did it before didn’t allow for that,” Maurstad said. “Those folks have been overpaying for too long. This corrects that inequity.”

FEMA’s restructuring has drawn opposition from some lawmakers in coastal states such as Louisiana, Texas and New Jersey, who have tried legislative and lobbying strategies to block or slow down the new insurance rates.

Thirty-eight House members, divided evenly between Democrats and Republicans, urged House leaders in a letter last Thursday to use “any piece of legislation going to the floor this month” to delay Risk Rating 2.0.

The “double-digit rate hikes” that FEMA plans for policyholders “is too much for them to bear,” says the letter, written by Reps. Bill Pascrell Jr. (D-N.J.) and Garret Graves (R-La.).

But the lawmakers received some bad news yesterday when a spending bill released by House Democrats to fund the federal government through Dec. 3 provided just a temporary extension of the program.

Pew and 15 other groups representing environmentalists, taxpayers and some insurers urged congressional leaders in a letter Friday to reject any delay to Risk Rating 2.0, saying the new insurance rates will deter development in flood-prone areas.

“Pricing risk in flood insurance is one of the most clear and simple ways to communicate flood risk,” Lightbody said.

Graves submitted an amendment yesterday to the House spending bill to delay Risk Rating 2.0, but House leaders have said they are keeping amendments off the bill.

Efforts to block Risk Rating 2.0 through the spending bill could be taken up in the Senate, where Sen. Bill Cassidy (R-La.) took the floor yesterday urging President Biden to block FEMA.

“Congress never passed the bill requiring that FEMA implement this. President Biden can stop it, he alone is responsible,” Cassidy said. “He should ask FEMA to delay implementation of Risk Rating 2.0.”

The insurance hikes taking effect next week apply only to newly written policies under the NFIP. For people renewing their flood policies, the rate increases will start April 1.

That leaves lawmakers several months to work on legislation that would limit FEMA’s ability to increase insurance premiums.

“There are so many different vehicles moving through Congress right now that I do think there remains opportunities to address some form of mitigating the impacts of Risk Rating 2.0,” said Ileana Ledet, senior vice president of public policy at Greater New Orleans Inc., an economic development group opposing FEMA’s restructuring.

Ledet said her group has been trying “to spread the word as much as possible about the changes that are coming and encourage property owners to get as educated as possible as quickly as possible.”

Several measures in Congress this year have sought to restrict FEMA by saying the agency cannot raise any individual insurance premium by more than 9 percent in a single year. Federal law currently lets FEMA increase individual premiums by up to 18 percent a year.

Maurstad of FEMA said he “can’t really speak of legislation that’s currently being considered” and added that limiting annual premium increases to 9 percent would “give people a longer time to potentially get to their full-risk rate.”

FEMA’s goal in developing Risk Rating 2.0 over the past four years is to increase insurance premiums gradually until each premium reaches the level at which it reflects a property’s risk and is “actuarily sound.”

Maurstad said that policyholders with highly valued homes would see premium increases while those with homes that have lower assessments would be more likely to see rate decreases.

Although the biggest changes to flood premiums won’t occur until April, some people shopping for flood coverage have already seen the effects of Risk Rating 2.0.

Graves and Rep. Steve Scalise (R-La.) described in a recent letter to FEMA a Louisiana resident who learned that a new flood insurance policy would cost $5,531 — nearly 10 times the amount the policy would have cost before Risk Rating 2.0.

Maurstad said the price increase shows “how mispriced that property was under the old system where it didn’t consider the unique characteristics of the property.”

“This illustrates the improvement that’s made with Risk Rating 2.0 in charging a premium based on the risk. And that’s what insurance does,” Maurstad added.