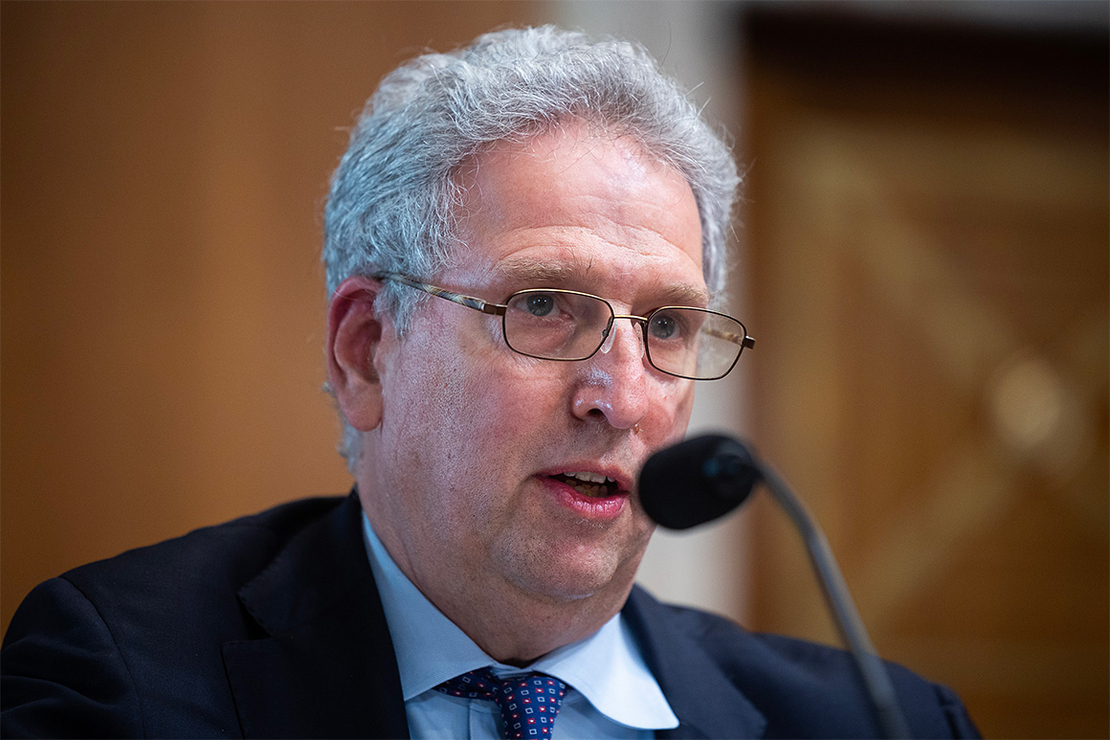 Speaking during a panel discussion on transmission reforms, Glick said an “independent transmission monitor” could be beneficial as the commission seeks to improve the process for building regional power lines seen as vital for transitioning away from fossil fuels.

“I can’t say that this is the commission’s view or not, but I believe that there might be a need for an independent transmission monitor,” Glick said during the event hosted by Advanced Energy Economy, a clean energy trade group.

Glick’s comments came weeks after FERC issued an expansive set of proposed reforms that would affect how transmission lines are paid for and planned. The proposal seeks to establish a more forward-looking approach to developing transmission projects, one that anticipates the evolving energy resource mix, gives states a larger role in the process and reduces conflicts over who pays for the lines (Energywire, April 22).

While that proposal covers a breadth of topics over more than 400 pages, it does not call for creating an independent transmission monitor, a concept that FERC floated last year in an “advance notice of proposed rulemaking” that served as a precursor to the recently proposed reforms. A number of consumer advocacy groups and environmental organizations had expressed support for the concept, but some electric utilities and grid operators have questioned the need for it (Energywire, Oct. 29, 2021).

“I don’t know where the votes might lie on [an independent monitor], but I will say that I tend to think there might be some benefits to that,” Glick, a Democrat, said yesterday.

In the advance notice of proposed rulemaking, the commission said that an independent transmission monitor could play a role in reviewing “transmission spending” and ensuring projects are cost-effective. Experts largely agree the U.S. will need to significantly expand its transmission infrastructure to build a carbon-free power grid and address climate change, but new high-voltage power lines can cost millions of dollars or more.

An independent monitor could add transparency to the process for developing regional transmission projects, particularly in parts of the country that aren’t part of an organized, wholesale power market, said Jeff Dennis, general counsel and managing director at Advanced Energy Economy.

It could also help ensure that proposed transmission plans “actually meet identified transmission needs,” Dennis said in an email after the discussion.

Glick suggested yesterday that an independent monitor could be included as part of a future rule focused on “cost containment” in the build-out of the transmission system.

“We’re talking about billions and billions of dollars that are going to be invested here. In my opinion, it will provide more benefits than the costs, but nonetheless, we have to make sure consumers get the best bang for their buck,” Glick said, referring to the need to address cost containment broadly.

Glick also reiterated that other grid reforms not included in the recent proposal could be issued in the future.

In particular, he said the commission is looking at ways to “promote an expedited process” for connecting new projects to the power grid. Interconnection delays have emerged as a major barrier to developing more clean energy in many parts of the country, according to renewable energy developers.

The delays are also getting worse and “stunting growth of the generation resources many people are looking for,” Glick said.

“We very much are continuing to work on [these] other issues that I’m very hopeful we will be moving forward with very soon,” he said.