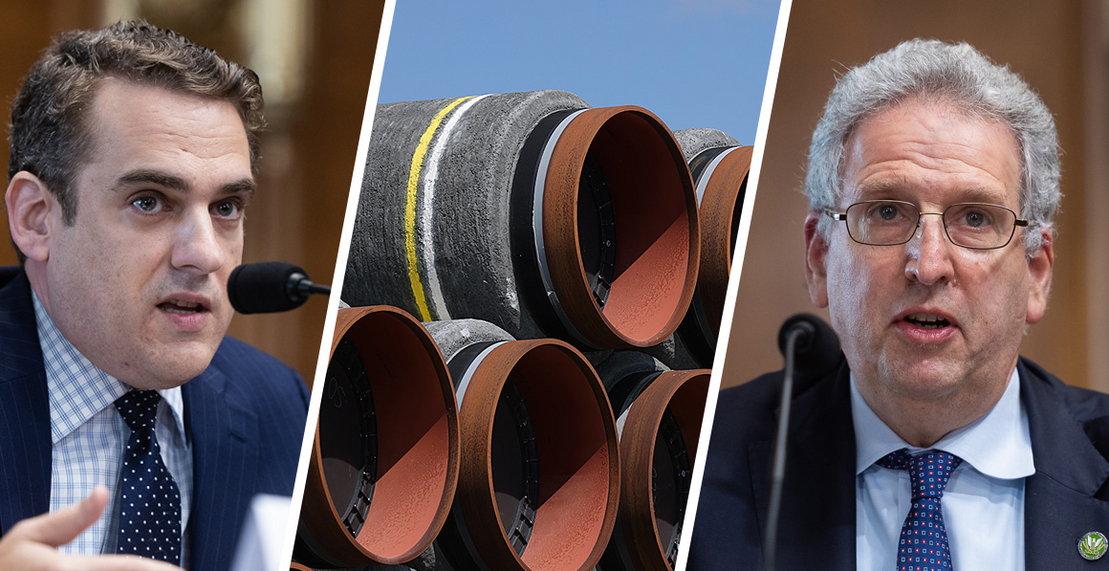 The growing threat of power outages fueled by extreme weather calls for new approaches to grid oversight, the head of the Federal Energy Regulatory Commission said yesterday, adding that utilities and grid operators should “think differently.”

“The old way doesn’t work anymore. We need to figure out a new approach, a much more reliable approach, and that’s what we’re trying to do here at FERC,” he said.

FERC staff presented their own report on energy markets and reliability this summer one day after the release of a dire summer grid assessment from the North American Electric Reliability Corp. (NERC) (Energywire, May 19). Similarly to the NERC assessment, FERC’s analysis warned that swaths of the Midwest, the West and Texas are at risk of power outages in the coming months in the event of extreme heat or other weather events.

The Midwestern grid region, for example, is at a “high risk” of power shortfalls due to a decline in generation capacity this year relative to last year. Power shortfalls could occur during extreme temperatures, during periods of low wind power or in the event of generation outages in the coming months, FERC staff said in a presentation on the findings.

The staff analysis showcased the need for more natural gas infrastructure to support generators, and for regulators to address state energy policies that are “reliability-impairing,” said Republican Commissioner James Danly. He also questioned whether more investments in the electric transmission system would solve the reliability challenges.

“There is, in the minds of some, an idea that as long as we get the transmission issue correct, everything else will eventually solve itself. I am simply a skeptic,” Danly said.

While states have a right to set policies supporting certain energy resources, the FERC report should serve as a warning for policymakers about the reliability risks inherent in rapidly transitioning to weather-dependent resources like solar and wind, said Commissioner Mark Christie, a Republican. At least for now, maintaining dispatchable resources — including natural gas, coal and nuclear generators — is necessary, Christie said.

“There is clear, objective, conclusive data indicating that the pace of our grid transformation is out of sync with the underlying realities and physics of our system,” Christie said.

Still, the FERC report suggested that power supply challenges in regions such as the West are primarily due to extreme weather. For example, a historic drought in the western United States has reduced power output from hydroelectric generators. In addition, wildfires — also worsened by drought — can interfere with power lines, making it more difficult to deliver energy to where it is needed, the assessment said.

Commissioner Willie Phillips, a Democrat, said the findings released yesterday show the need for careful planning as the country’s energy mix transitions away from fossil fuels.

“I disagree a little bit to say that the question is, in the near term, can we secure our reliability or plan for a clean energy transition? I think that we can and we must do both,” Phillips said.

Speaking to reporters after the meeting, Glick rejected the suggestion that a transition to renewable energy is the primary threat to electric reliability. Earlier this month, for example, six power generation facilities in the Texas grid region fell offline due to “unseasonably hot weather” and high power demand, the Electric Reliability Council of Texas reported. All of the generators were powered by natural gas, Glick said.

“The extreme weather we’re seeing doesn’t just impact wind turbines or solar panels. We’re talking about everything,” Glick said. “We all need to recognize where we are today instead of looking backwards.”

Earlier this year, the commission proposed new policies for natural gas projects, including a first-ever threshold for evaluating proposed gas facilities’ climate-warming emissions before issuing permits. But in March, the commission set aside the policies — which had been strongly criticized by Christie and Danly — and it’s unclear how FERC may move forward on the issue (Energywire, March 25).

At least for now, FERC lacks a formal process for determining whether projects’ greenhouse gas emissions would be significant. But the commission will continue to try to develop new natural gas policies that are “legally durable” as well as supported by all or a supermajority of commissioners, Glick said.

“The aim is to try to address this issue in a way so that we can follow what the courts have told us … and at the same time, pursue our responsibilities under the Natural Gas Act,” he said, referring to the federal law that dictates FERC’s oversight of natural gas infrastructure.

As to the projects approved yesterday, one of them — Kern River Gas Transmission Co.’s Delta Lateral Project in Utah — would support the replacement of a coal-fired power plant with a new natural gas plant. For that reason, the pipeline could lower total greenhouse gas emissions at the site, according to Glick. Commissioner Allison Clements, a Democrat, echoed that point, adding that she hoped to finalize new natural gas permitting policies soon.

“[Under] any framework the commission might ultimately adopt for determining significance, the GHG emissions associated with the Delta Lateral Project would certainly be deemed insignificant, as they are a net reduction,” she said.

Nonetheless, FERC’s reluctance to formally and fully assess projects’ greenhouse gas emissions continues to face criticism from EPA and some legal experts. In a comment last month, EPA urged the commission to disclose the “climate damages and benefits” stemming from the Delta Lateral Project through a metric known as the social cost of carbon.

Sarah Ladin, an attorney at the Institute for Policy Integrity at the New York University School of Law, said FERC should “deeply scrutinize” the emissions estimates provided by project applicants, even in cases where a new gas project would replace a higher-emitting coal power plant. In general, many coal plants across the United States are closing due to market changes, she added.

“At minimum FERC must deeply scrutinize the modeling and assumptions used and seriously listen to commenters like EPA that are raising real concerns with the analyses being presented,” Ladin said in an email.