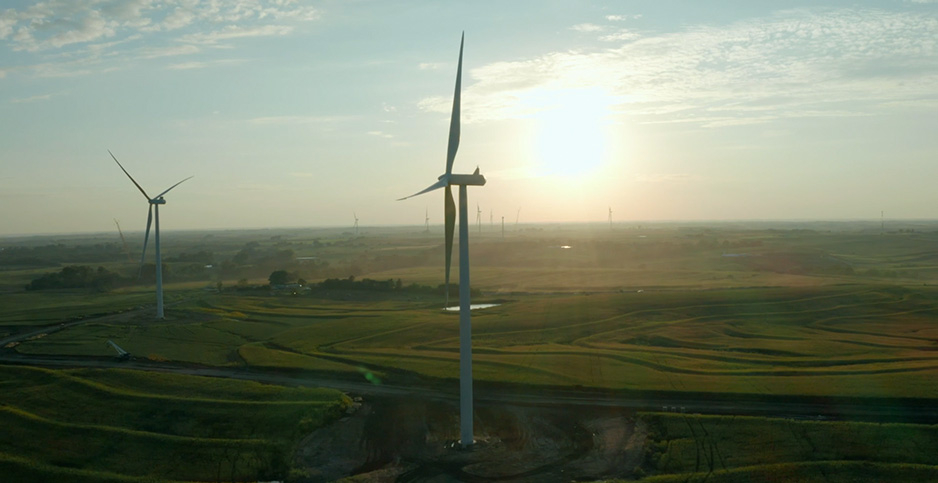 A Midwest wind farm was hit with unexpected costs from connecting to the wider grid in a case that could discourage renewable energy development in the region, according to a complaint filed with the Federal Energy Regulatory Commission.

The proposed costs are "untenable" for the company, creating "significant uncertainty" for the future of Tenaska’s 242-megawatt wind farm and for other proposed renewable energy projects in the Southwest Power Pool region, according to the complaint. SPP is a regional transmission organization (RTO) that manages the wholesale power market in the Great Plains and parts of the Midwest and South.

"The facts here, if unremedied by the Commission, will certainly impact decision-making by developers of renewable projects on the SPP system and elsewhere," Tenaska said in the complaint.

The case highlights flaws in outdated interconnection systems across the U.S. that have hampered the growth of renewable energy, according to analysts. Companies seeking to build large energy projects typically must obtain approval from a regional transmission organization or grid operator to connect to the bulk power grid, a process that can take years and carry a steep price tag.

Projects also can face network upgrade costs, or charges associated with upgrading high-voltage power lines to support the added electricity generation. A report released in April from the American Council on Renewable Energy (ACORE) found that many renewable energy developers have struggled to access SPP and other power markets due to high network upgrade costs (Energywire, April 6).

The issues raised in the FERC complaint reflect the need for changes to transmission planning and cost allocation, said Rob Gramlich, president and founder of the power sector consulting firm Grid Strategies LLC. The biggest expenses for grid improvements often fall to the project developer.

"This is unfortunately a common scenario and it reveals a structural problem with most [independent system operator] and RTO interconnection queue processes," Gramlich said in an email. "From a generator perspective, network upgrade costs are a total crapshoot, and can change over time."

In the case of Clear Creek Wind, SPP had identified $31.2 million in network upgrade costs for the project in 2018. Then, nearly two years after SPP had provided Tenaska with a final study on the wind farm’s expected impact to the system, SPP issued a new report proposing $66 million in additional costs for "upgrades to resolve pre-existing reliability issues that appear to be driven by higher queued generation resources," said Nick Borman, senior vice president of engineering and construction at Tenaska, in an email.

SPP said the costs were assigned to Tenaska because another project had been withdrawn from the so-called interconnection queue, the company said in its FERC filing. But the actual reason was SPP’s decision "to change key assumptions" in its own studies, according to Borman.

"The result is that Tenaska Clear Creek is being asked to fund significant upgrades to the SPP system while the other projects get a free pass," he said.

While Clear Creek Wind’s situation is unique because of "errors and irregularities" in SPP’s restudy report, FERC’s response could have implications for renewables more broadly, he added.

"Prompt granting by FERC of the relief we are requesting in the complaint is important to resolving the significant uncertainty that has been generated by SPP’s actions," Borman said.

SPP could not immediately be reached for comment. But the RTO has set up a generator interconnection improvement task force to address the "extreme amounts" of new generation waiting to connect to its grid as well as new requirements from FERC.

"This complaint highlights the serious problems in the current generation interconnection process in SPP, including the long study process to determine network upgrades necessary for interconnection and the assessment of those costs to the generator," Hall said in a statement. "Affected system studies have remained a significant problem, as the timelines and assumptions in adjacent regions are rarely consistent."

FERC, which regulates wholesale power markets, is expected to address transmission planning reforms this year. The issue is a stated priority for Democratic Chair Richard Glick, who has stressed the need for the commission to reconsider the cost allocation processes for transmission upgrades.

Since the benefits of transmission infrastructure have grown as more renewable energy comes online, the current system for assigning upgrade costs — typically to developers looking to connect to a bulk power system — may need reform, Glick has said.

"How do we define benefits and beneficiaries? It’s easy if you think of just the power going across the line," Glick told E&E News in an interview last week (Energywire, May 24). "But transmission creates all sorts of other beneficiaries, whether it’s increased reliability, reducing congestion, being able to access cheaper electricity elsewhere, and certainly being able to meet state and federal clean energy targets."

The current transmission planning system creates a "feedback loop" for renewable energy projects waiting to connect to the bulk power grid, said Gregory Wetstone, president and CEO of ACORE. Project developers often drop out of interconnection queues after they are assigned high network upgrade costs, leaving the remaining generators with "new studies and even higher network upgrade costs," he said in a statement.

"The issues outlined in this complaint are further evidence that transmission planning is in need of a 21st century makeover if the U.S. is going to have any shot at achieving the level of renewable deployment necessary to address our climate challenge," Wetstone said.