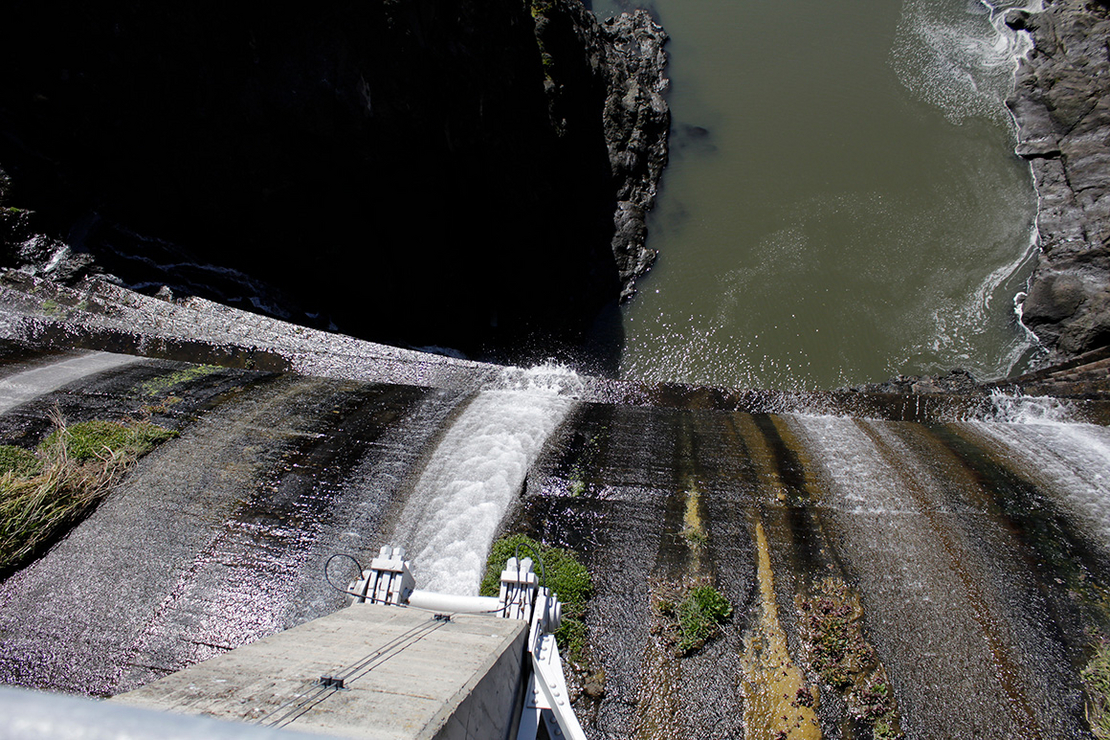 Excess water can be seen in March 2020 spilling over the top of a dam on the Lower Klamath River known as Copco No. 1 near Hornbrook, Calif. AP Photo/Gillian Flaccus, File

The Federal Energy Regulatory Commission has advanced the nation’s largest dam-removal project, which could restore flowing water to more than 400 miles of the Klamath River near the California-Oregon line.

The review echoes the draft EIS on the proposed dismantling of the J.C. Boyle, Copco No. 1., Copco No. 2 and Iron Gate dams as well as the drawdown of four reservoirs and the restoration of affected land (Greenwire, March 1).

Mark Bransom, CEO of the nonprofit Klamath River Renewal Corp. (KRRC), said that pending final approvals, dam removal could begin in 2023 and conclude as early as 2024. Restoration efforts — returning the river’s free flow from southern Oregon to Northern California and then the Pacific Ocean — will require several additional years.

“KRRC is heartened by FERC’s thorough and timely environmental review of the project,” Bransom said in a statement.

KRRC took ownership of the dams in 2016, following decades of discussions about their removal and the loss of the 686,000 megawatt-hours of hydroelectricity that they generate.

“Once all the necessary approvals are obtained, including a License Surrender Order, it will be full speed ahead to commence the largest dam removal and river restoration effort in U.S. history,” Bransom added.

Proponents of removing the four dams assert that restoring the river will improve the health of species like salmon, steelhead and lamprey, both by reopening spawning habitat upstream and by reducing water temperatures that contributed to disease in the fish.

Among the changes included in the final EIS, agency staff recommended a series of inspections at each of the four reservoirs — both pre- and post-drawdown — to catalog cultural resources, as well as using “best management practices” to minimize pollution from sediment erosion.

The final plan also calls for improved consultation with tribes and public outreach efforts to landowners affected by the removal project, as well as coordinating construction activities and access restrictions to reduce impacts on whitewater recreation.