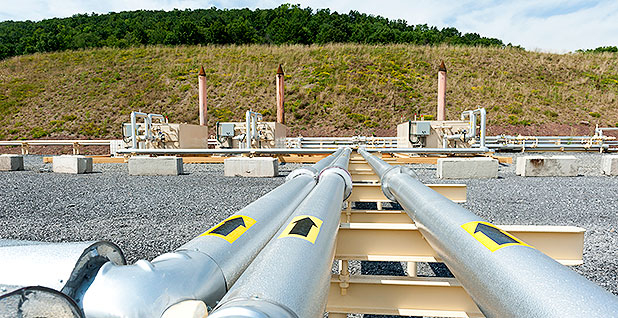 While President Trump has vowed to dismantle his predecessor’s climate legacy, federal energy regulators rolled out a guidance this week calling for developers of natural gas pipelines to assess their project’s impacts on global warming.

The Federal Energy Regulatory Commission released a 246-page manual that advises pipeline developers to calculate their projects’ greenhouse gases and weigh the impact on local, state or regional climate goals.

Companies are also advised, but not required, to assess threats from rising sea levels or storm surge flooding on the proposed pipelines, export terminals and compressor stations.

While FERC has been complying with the Obama-era climate guidance for months now, the agency staff’s language is notable given Trump’s skepticism of human-induced global warming alongside a push to fast-track the environmental reviews and construction of oil and gas infrastructure.

FERC spokeswoman Tamara Young-Allen said that the timing of the manual’s release has "no special significance" and that the commission began revising the guidance under Obama’s watch in December 2015 and only recently finalized the language.

Like a number of agencies awaiting the confirmation of Trump nominees for further direction, FERC could see its work affected as the new administration fills key energy posts.

Under the Obama administration, FERC was facing increasing pressure from U.S. EPA to consider the far-reaching effects of gas production and emissions when reviewing gas pipelines. FERC repeatedly outlined a more cautious approach, highlighting the unknown number and location of gas wells and inability to calculate emissions from those facilities.

Pressure on FERC will likely ease under Trump’s EPA administrator, Scott Pruitt, an ally of the oil and gas sector as Oklahoma’s attorney general.

Analysts also pointed to the vacancy atop CEQ as a possible indicator of when and how FERC’s guidance for pipeline developers could change.

Trump has yet to announce his pick for CEQ chief, a job that could either be among the most powerful environmental jobs in government or take a back seat to powerful voices in the West Wing (Greenwire, Feb. 9).

The administration, which has vowed to scrap EPA’s Clean Power Plan and questioned whether human activities are spurring climate change, is expected to rethink agency priorities.

ClearView Energy Partners analyst Christi Tezak said she expects the Trump administration to revisit but not rescind the Obama guidance.

"But when that will be," she said, "has a lot to do with when they put someone over at CEQ."

Young-Allen would not comment on whether FERC’s guidance could change under the Trump administration.

"As you know, we can’t comment on or speculate on the timing of any potential future revisions that may or may not happen," she said.