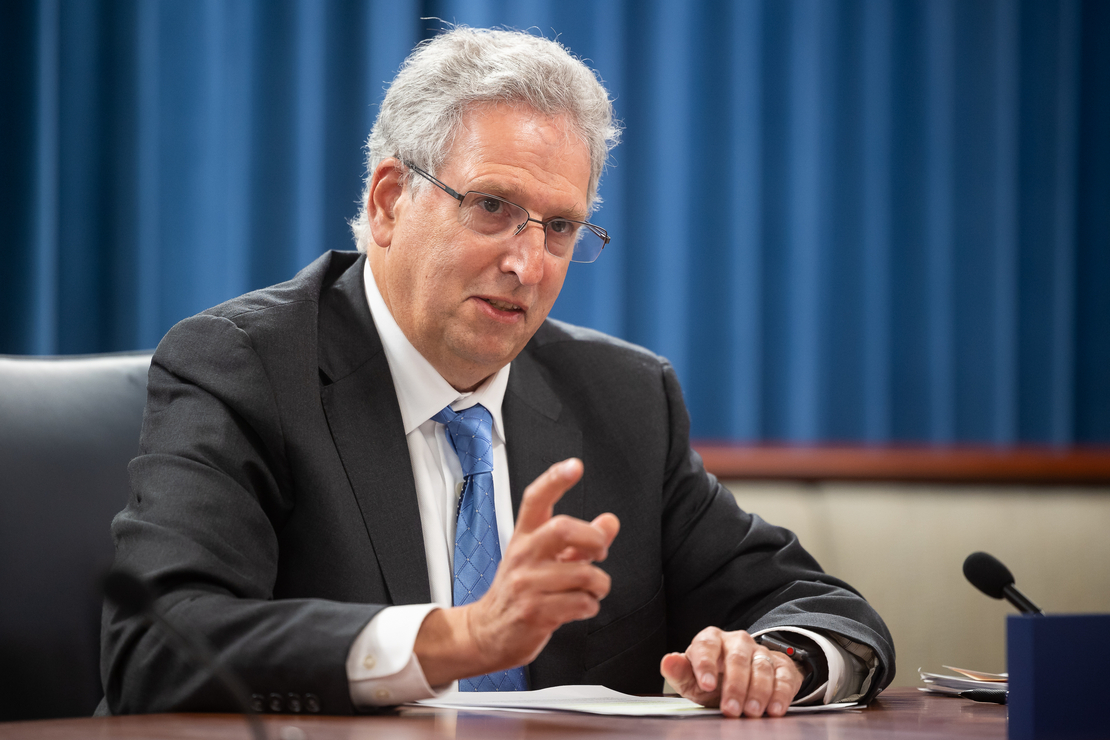 Consumers are going to “suffer” this winter as energy costs continue to climb, the head of the Federal Energy Regulatory Commission said Thursday.

Driving the spike in energy costs are high fuel prices worldwide and relatively low growth in natural gas production in the U.S., among other factors, according to FERC staff. One major natural gas price benchmark — the Henry Hub — is currently 30 percent higher than what it was last winter.

In the coming months, FERC must be vigilant in ensuring that energy companies don’t take advantage of the situation by manipulating energy and power markets, Chair Richard Glick said.

“People are going to suffer, whether it be folks that are using natural gas for heating, or on the electricity side, because we know natural gas prices have a significant upward pressure on electricity prices,” said Glick, a Democrat.

Glick spoke on the issue at the commission’s monthly meeting, where FERC staff presented an annual winter energy assessment for the U.S. The five-person commission also issued a permit for a contested natural gas pipeline in Kentucky and Indiana and announced a policy that Glick said could help prevent “self-dealing” among utilities and other companies with corporate ties.

Glick’s comments on power and fuel prices came as President Joe Biden is also seeking to lower energy costs ahead of the midterm elections. Earlier this week, the administration said it would release an additional 15 million barrels of oil from the country’s emergency reserves to try to bring down energy prices (Energywire, Oct. 19).

All regions of the U.S. appear to have enough generation resources to meet electricity demand this winter, barring a prolonged period of extreme cold, FERC staff said. Most of the country is forecast to experience a mild winter, with the exception of the Northwest and Northern Plains.

Still, the agency is projecting that “supply issues” could pose energy challenges for several regions.

Specifically, New England’s supply of natural gas remains constrained, as has been the case in past winters. “Ongoing rail service issues” have the potential to disrupt shipments of coal in several U.S. regions, FERC staff said in the report. Labor supply challenges and the closure of coal mines are putting additional pressure on coal resources, the report continued.

This year, coal plants made up the majority of generation retirements, as has been the case for several years now, according to FERC’s findings. At the same time, between March of this year and next February, the U.S. is expected to add nearly three times more new energy capacity than the amount that will retire during the same period. The vast majority of the new resources are solar and wind projects.

Commissioner Mark Christie said he was concerned that “dispatchable” generation — such as coal, natural gas and nuclear power plants — were retiring too soon without enough new generation to replace it. Not only are coal retirements leading to a reliability problem, but they’re also putting upward pressure on natural gas prices, since natural gas power plants are the most viable replacement for coal, said Christie, a Republican.

“This is an issue that’s going to continue — it’s not going away,” Christie said.

Commissioner Allison Clements said she was encouraged by several points in the report. She noted that many regional grid operators have been taking steps to add demand response to their markets. Demand response refers to programs that encourage electricity customers to shift or reduce power consumption in order to help balance the power grid.

“We’ve already heard the story that customer demand response, over and over — in extreme heat, extreme cold — is really important. I think there’s more opportunity for systemizing that response,” said Clements, a Democrat.

Regarding energy prices, Glick highlighted the role of natural gas exports in pushing prices up. In recent years, a “dramatic” increase in the amount of natural gas exported to Europe and other regions has caused the price of the fossil fuel to spike, he said. Those exports include not only natural gas sent overseas, but also gas sent by pipeline into Mexico and Canada.

Net natural gas exports by pipeline and by ship this winter are expected to be 24.3 percent higher than during last winter, according to the report from FERC staff. But natural gas production has not kept pace with that spike, Glick noted.

“It’s not necessarily a bad thing if there are strategic reasons we want exports and everyone might benefit from the exports,” he told reporters after the meeting. “But we have to understand those are the consequences.”

FERC also approved a new natural gas pipeline slated to run through Indiana and Kentucky that is backed by the region’s electric utility. The project has been opposed by environmentalists, who’ve argued that the pipeline isn’t needed.

The commission voted unanimously to approve the Henderson County Expansion Project, a proposal from Texas Gas Transmission LLC that includes a new 23.5-mile-long pipeline. The pipeline project will supply natural gas to CenterPoint Energy’s planned new gas power plant in southern Indiana, which the utility is developing as a replacement for a coal plant.

Opponents of the pipeline have argued that CenterPoint’s new natural gas plant was excessively expensive and unnecessary, making the pipeline unnecessary as well. But the utility said the gas power plant — and the pipeline by extension — would “complement” its growing fleet of renewable energy resources (Energywire, Aug. 24, 2021).

While the commission approved the pipeline, Republican Commissioner James Danly criticized the agency’s handling of pipeline permits under Glick’s leadership. Danly said there have been “significant delays” in the processing of applications for natural gas pipelines and gas export terminals, making it more difficult for companies to pursue their projects and ultimately increasing energy prices.

“In some cases, [delays are] driven by what I view to be as unnecessary gilding the lily for environmental reviews. In some cases, it’s unprecedented procedure being applied,” Danly said.

Glick rejected that characterization, arguing that the commission must conduct thorough analyses of new projects to ensure that decisions withstand legal challenges. There is also no evidence showing that insufficient pipelines have led to higher energy prices in most areas of the country, he added.

“I like to do things the right way and do it right the first time,” Glick said of pipeline reviews.

The commission also issued two orders clarifying how it determines whether two energy companies are affiliated with each other, a step Glick said could help protect consumers from potential self-dealing.

Specifically, the orders asserted that if energy companies regulated by FERC appoint individuals to their boards who are members of other companies, then both companies are deemed to be affiliates of each other. The orders intend to provide more clarity for industry on the issue, Glick said.

“If you have affiliates engaging in self-dealing, and we have no way of knowing it or seeing it because we don’t consider [the] two entities as affiliates, we’re not going to be able to protect consumers adequately enough,” he said.