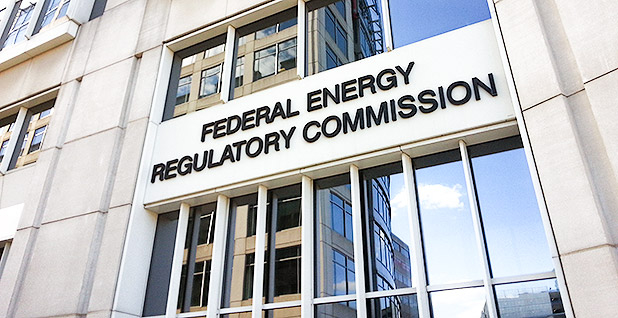 The Federal Energy Regulatory Commission issued a final rule today overhauling a 1978 law that has long served as a vehicle for bringing more renewable energy to the grid.

FERC’s approval of the Public Utility Regulatory Policies Act (PURPA) rule in a 3-1 vote culminates a decadeslong industry effort to transform the provision that forces utilities to purchase power from qualifying renewable and cogeneration facilities. Democratic Commissioner Richard Glick opposed the changes, although he concurred in part with the final rule.

The changes have major implications for small-scale renewable energy providers with issues for their financial backing and market incentives for tapping into the grid, especially in markets where power providers control both generation and transmission infrastructure.

That likely spells trouble for independent renewable penetration in the West and Southeast, where PURPA has enabled solar energy to flourish.

The final rule largely represents what the commission put forward in its notice of proposed rulemaking from last September (Greenwire, Sept. 19, 2019).

It will take effect 120 days after its publication in the Federal Register.

Glick warned that the changes amounted to the "gutting the heart of PURPA." Congressional Democrats have made similar comments on the rulemaking, raising the prospect that the changes could be subject to Capitol Hill oversight (E&E News PM, Nov. 8, 2019).

Enacted into law during the Carter administration, PURPA came in response to the Arab oil embargo as the United States looked to boost alternative energy to wean itself from its foreign petroleum. The law requires states and utilities to purchase power from qualifying renewable power facilities that are usually smaller, independently owned energy sources (Energywire, Nov. 9, 2018).

Republicans and utility trade groups have long sought to overhaul PURPA with arguments that modern energy practices and renewable energy technological maturation have drastically changed since the 1970s.

"It’s been more than four decades since Congress enacted PURPA, and I’ve been clear that it is incumbent on us to update our regulations as Congress instructed us to do from time to time in order to ensure that the commission continues to satisfy its statutory requirements under PURPA," said FERC Chairman Neil Chatterjee, a Republican.

Chatterjee said he and FERC’s Office of the General Counsel agreed that the changes do not undercut the law and still enable qualifying facilities to compete and operate.

Among its changes, the final rule would:

"These changes were necessary because the evidence demonstrated under the old PURPA regime it was likely that customers were overpaying for power they received from [qualified facilities] in contradiction of the requirements of the PURPA statute," Republican Commissioner Bernard McNamee said.

Edison Electric Institute President Tom Kuhn said the rule changes would "ensure that renewable energy can continue to grow without forcing electricity customers to pay a premium to the developers that learned how to game the system."

But renewable energy advocates warned that the changes threaten the solar industry. The Solar Energy Industries Association hinted as much in its statement opposing the final rule.

"While we are glad to see FERC include elements of SEIA’s proposals, the overall rule changes approved today will undermine the stated intention of the PURPA statute and stifle competition, allowing utilities to strengthen their monopolies and raise costs for customers," said Katherine Gensler, SEIA’s vice president of regulatory affairs.

"We will continue advocating for reforms that strengthen PURPA and allow solar to compete nationwide."