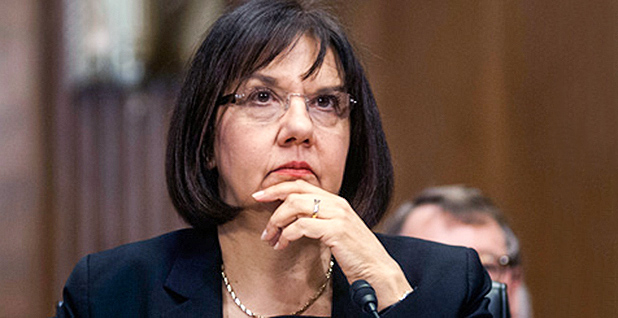 And then there were two.

The Federal Energy Regulatory Commission on Friday issued a flurry of orders, including approval of Transco’s Atlantic Sunrise natural gas pipeline project, winding up its ability to act with a three-member quorum on the last day of Chairman Norman Bay’s tenure.

Bay resigned from the commission after President Trump replaced him as chairman with acting Chairwoman Cheryl LaFleur.

"The Commission anticipates not having a quorum for an indeterminate period, but has a continuing responsibility to carry out its regulatory obligations under the Federal Power Act (FPA), Natural Gas Act (NGA), and Interstate Commerce Act (ICA), among other statutes," the agency said in a statement.

The FERC delegation order is intended to ensure that commission staff has authority to prevent certain rate filings under the NGA and FPA from taking effect by operation of law during the no-quorum period.

The order does not allow FERC staff to issue certificates, issue new policies or propose rulemakings.

FERC staff will be able to act on tariffs, rate filings, waiver requests, extensions of time and uncontested settlements.

Is help coming from Texas?

Trump will be able to name three members of his own party.

To lead the commission, Trump may look no further than to Barry Smitherman, a close ally of former Texas Gov. Rick Perry, Trump’s pick to be secretary of Energy, according to several sources. He has met with the president.

Smitherman, 59, has a broad background as both an electricity sector and oil and gas regulator, which means he could hit the ground running at FERC.

On Inauguration Day, Smitherman was in Washington, and that day he resigned his partnership at Vinson & Elkins’ Austin, Texas, office to "pursue other career opportunities and interests," according to a statement from the firm.

In December, Smitherman penned an op-ed in The Dallas Morning News touting Perry as the right selection to run the Department of Energy.

Smitherman commended Perry for his support of Texas’ competitive electricity market, a buildout of 2,300 miles of transmission to access wind and increased domestic oil and gas production and infrastructure made possible by hydraulic fracturing drilling techniques.

Smitherman heading up FERC would not be a first for a Texas regulator. In 2001, President George W. Bush picked Pat Wood, at the time the chairman of the PUCT, to become chairman at FERC.

Among its Friday orders, FERC gave the go-ahead to the 183-mile Atlantic Sunrise Project, a $3 billion venture by Transco, a subsidiary of Williams Cos.

Originating in Pennsylvania, the pipeline would move Marcellus Shale gas through Pennsylvania, Maryland, Virginia, North Carolina and South Carolina. Some gas would be diverted to the Cove Point liquefied natural gas terminal in Maryland for export.

The approval was slammed by environmental groups.

"FERC’s decision to rush this dirty and dangerous project through is nothing short of reckless — particularly given the inadequate reviews of this project, leaving substantial outstanding questions about its full impact," said Lena Moffitt, director of the Sierra Club’s Beyond Dirty Fuels campaign.