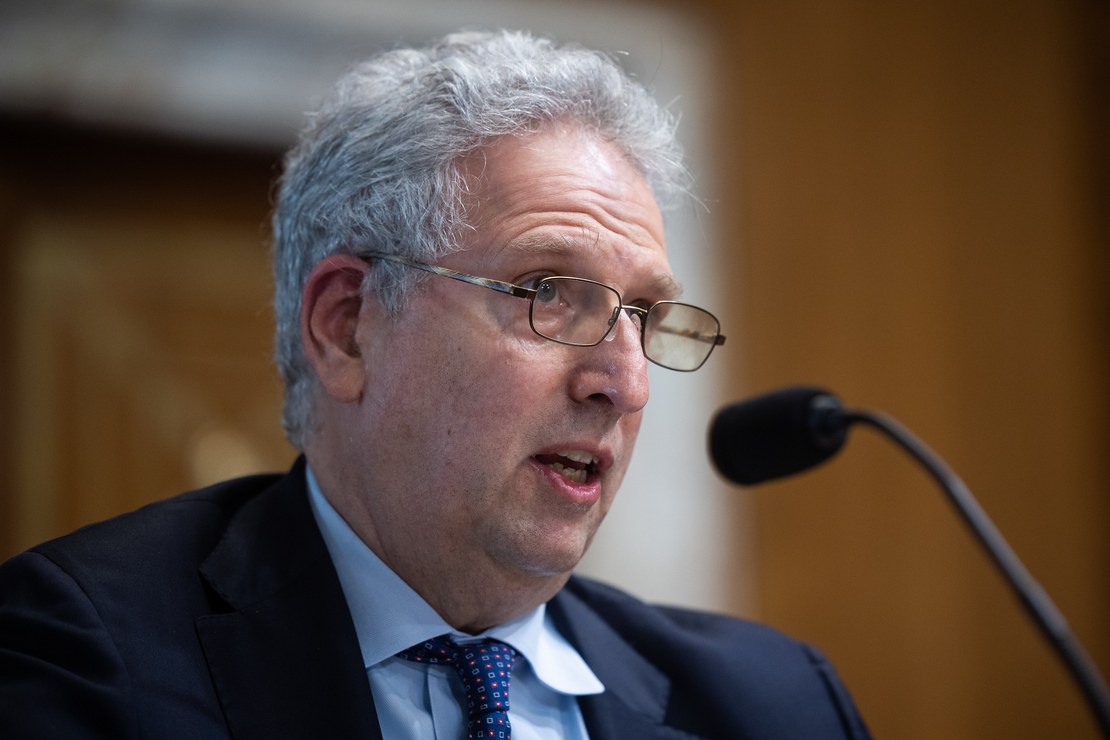 The Federal Energy Regulatory Commission has rolled back sweeping new policies for large natural gas projects, including a framework for assessing how pipelines and other facilities contribute to climate change, weeks after prominent lawmakers panned the changes.

In a decision issued unanimously at the commission’s monthly meeting yesterday, FERC will revert back to its long-standing method for reviewing natural gas pipeline applications — while opening changes announced in February to feedback rather than applying them immediately.

The commission also signed off on three new natural gas pipelines, one of which will pump more natural gas into New York state in a project described by utilities as essential for reliable gas service.

While the policy changes issued in February were intended to update and improve the agency’s approach for siting new gas projects, the commission has concluded that the new guidelines “could benefit from further clarification,” said FERC Chair Richard Glick.

“I’m all for providing further clarity, not only for industry but all stakeholders in our proceedings, including landowners and affected communities,” said Glick, a Democrat who supported the initial changes.

One of the policies expanded the range of topics included in FERC’s reviews of interstate pipelines, adding new consideration for environmental and social issues.

Environmental advocates had praised the changes, with some saying the new policies were long overdue for an agency that has historically signed off on nearly all the natural gas projects that have come before it, with little consideration of climate change impacts.

But natural gas companies said the changes would chill investments in new pipelines and gas export terminals at a time when some foreign policy experts have called for shipping more gas to Europe. Sen. Joe Manchin (D-W.Va.), chair of the Senate Energy and Natural Resources Committee, called the policies a threat to national security and energy independence.

“It is encouraging that FERC suspended the 2022 Policy Statements and has decided seek comments from stakeholders on its new policies,” Jake Rubin, a spokesperson for the American Gas Association, said in a statement yesterday. “AGA hopes the Commission will address the concerns that we have raised about the new policies.”

Over the last month, a number of pipeline developers have told commissioners that the policy changes were creating widespread uncertainty for the industry, Glick said. Those concerns led him and other commissioners to decide to delay implementation of the new policies and consider changing them, he said.

Glick said he would like to find common ground with the Republicans on the commission. Republican Commissioner Mark Christie, who voted against last month’s orders, has indicated that he would nonetheless support some changes to FERC’s natural gas review processes, Glick told reporters after the meeting.

“I think we can get to yes in many cases. I think we have to get a better record, which we’re going to do, and then sit down with our colleagues,” Glick said.

In the meantime, FERC will not apply the new policies — now considered “drafts” — to any natural gas projects. The agency is accepting initial comments on the drafts until April 25. Once it finalizes potential new policies, they will only be applied to projects proposed after that time.

Republican Commissioner James Danly encouraged people to continue weighing in on the issue.

“Never doubt the importance of the comments you file or the submissions you put into our dockets. They matter; they count; we read them, so please continue to do so,” Danly said.

FERC’s decision yesterday to roll back the pipeline policy changes came weeks after Manchin and other members of the Senate Energy and Natural Resources Committee accused the commission of prioritizing environmental issues over energy security and affordability (Energywire, March 4).

The committee plays a crucial role in influencing who is confirmed to FERC. With Glick’s current term set to expire at the end of June, some observers have questioned whether his championing of the natural gas policy changes last month could sink his chances of remaining on the commission.

Neil Chatterjee, a former Republican commissioner and chair of FERC, said Glick will likely need Manchin’s support if he is nominated by President Biden to serve another term on the commission.

It’s not clear if the revisions issued yesterday — which Chatterjee described as a “complete and total retreat” from the February orders — will persuade the West Virginia senator and vocal fossil fuel supporter.

“The ‘revised’ policy statements are still out there. Will still have a chilling impact on investment. I suspect most or all Senate Republicans will still be opposed. All on Manchin,” Chatterjee, a senior adviser at the law firm Hogan Lovells, said in a text message.

Manchin said in a statement that he was pleased with the commission’s latest actions, including the decision to approve three new pipelines.

“Today’s unanimous vote during FERC’s open meeting was a course-correction from their previous partisanship and I appreciate their willingness to address the significant concerns raised by many members of the Senate Energy and Natural Resources Committee,” Manchin said.

Glick, who has been on the commission since 2017 and became its chair last year, said he hopes to be renominated and reconfirmed by the Senate for another term. But he denied that the changes approved yesterday were influenced by politics, noting the agency’s status as an independent regulatory body.

“I’m not going to do anything for political purposes,” he said on a call with reporters.

Sen. John Barrasso (R-Wyo.), who is the top Republican on the Senate Energy committee, meanwhile called FERC’s decision to “step back” from last month’s policies a small but necessary step.

“Today’s action is an acknowledgement of the damage these statements would have done if left in place. FERC must go back to the drawing board and start over on these harmful proposals,” Barrasso said in a statement.

Climate on the back burner?

“While the commission is going out of its way to address the complaints of the gas industry, FERC needs a gas policy that takes into account greenhouse gas emissions, environmental justice effects, and landowner concerns,” Giannetti said in a statement.

In recent years, federal courts have ordered the commission on multiple occasions to analyze natural gas projects’ contributions to climate change and effects on historically disadvantaged communities. Part of the aim of the new policy statements was to respond to those court rulings, according to the commission’s Democrats.

For now, it’s not clear to what extent FERC will analyze natural gas projects’ greenhouse gas emissions as part of its environmental reviews. Glick told reporters that climate change contributions may be addressed “on a case-by-case basis.”

“At this point, I think it’s premature to say what we’ll be doing in future orders, but it’ll certainly be something to address, what the courts are requiring us to do,” he said.

In the case of the new projects approved yesterday, Glick indicated that the commission did not weigh their climate-warming emissions in its final decisions, or at least not to the extent proposed under the February policies.

While he said he believed all three projects to be in the public interest, he added that the commission “could have assessed the significance” of each proposal’s greenhouse gas emissions.  The orders approving the gas projects had not been posted as of early yesterday evening.

One of the projects approved, from Iroquois Gas Transmission System LP, will increase the flow of gas into New York state. Initially proposed to FERC in 2020, the project — which does not include new pipelines — is necessary for meeting heating demand in the Empire State, two utility giants told the commission earlier this year (Energywire, Jan. 31).

Still, environmental groups had opposed the plan to boost gas flows into New York, which they said ran afoul of the state’s climate and clean energy goals.

In addition, FERC approved a plan to support Venture Global LNG’s liquefied natural gas export terminal south of New Orleans through the construction of natural gas facilities in Louisiana and Mississippi. The commission also authorized a separate, 8-mile pipeline and other infrastructure in Louisiana from Columbia Gulf Transmission, LLC.

If the orders issued yesterday “inappropriately ignore” the impacts of climate change, they may continue to be rebuked by the U.S. Court of Appeals for the District of Columbia Circuit, said Sarah Ladin, an attorney at the Institute for Policy Integrity at the New York University School of Law.

Earlier this month, for example, the D.C. Circuit ordered FERC to complete a supplemental environmental review for a natural gas upgrade project in Massachusetts that includes an analysis of greenhouse gas emissions (Energywire, March 14). Ladin has previously called on FERC to quantify the economic costs of projects’ emissions using a framework known as the social cost of carbon.

“The new Policy Statements sought to align the Commission’s decisionmaking process with legal obligations under the statutes, which have been illuminated by the court,” Ladin said in an email. “The Commission cannot simply disregard the D.C. Circuit’s direction to consider indirect emissions, no matter which Policy Statement is in place.”