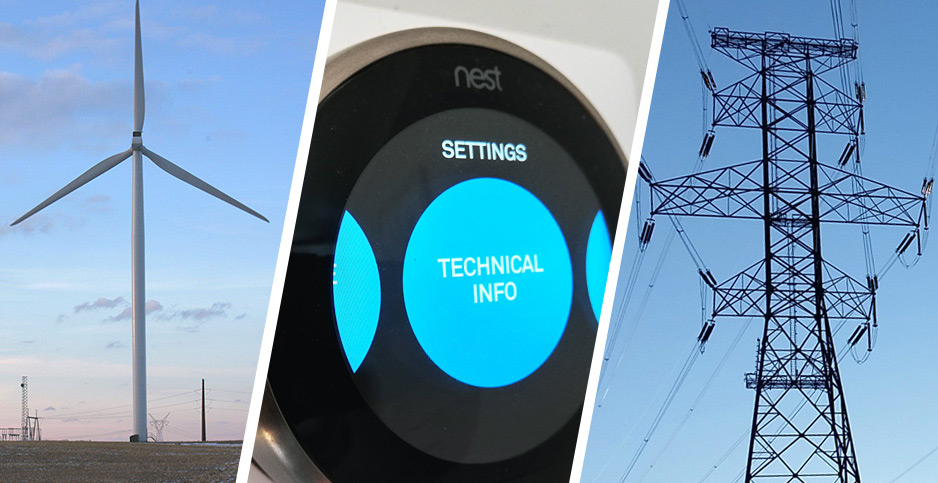 The Federal Energy Regulatory Commission is weighing an overhaul of a major rule that critics say impedes the transition to a low-carbon grid while raising electricity bills.

The agency has received comments from dozens of state regulators, electric utilities, clean energy groups and private companies on whether it should remove a policy allowing states to block demand response resources from wholesale power markets. Since the rule was established in 2009, an estimated 13 states have taken advantage of the “opt-out” provision.

Supporters of opening wholesale markets nationwide to demand response say it would go a long way in boosting all types of zero-carbon resources. In general, demand response constitutes a range of energy conservation programs — including “smart” thermostats and water heaters — that reduce or shift electric load to balance the power system. That in turn can allow grid operators to rely less on carbon-spewing power plants.

“Flexibility in demand is the low-hanging fruit for how we’re going to get to a decarbonized energy future,” said Debra Lew, associate director of the nonprofit Energy Systems Integration Group.

Initiated in March by FERC, the inquiry is the first step toward a potential new rule to limit or even eliminate the current “opt-out” policy, observers said. Doing so would unlock thousands of megawatts of demand response nationwide, which could help balance the grid during extreme weather events and curtail the use of “peaking” natural gas power plants that often back up renewables, according to clean energy advocates and others who support reform.

Last year, the commission opened up power markets to other types of distributed energy, such as rooftop solar, battery storage, energy efficiency and electric vehicles in a move lauded as a “game-changer” for renewables (Energywire, Sept. 18, 2020). Some observers view the notice of inquiry as a sign that the commission could eventually do the same for demand response.

“I think we could get there,” said former FERC Commissioner and Chair Neil Chatterjee, a Republican who backs eliminating the opt-out. “The record supports it.”

Still, the inquiry comes as the commission is seeking to quell conflicts with states, including through a new task force with the National Association of Regulatory Utility Commissioners focused on transmission planning reforms. Proponents of the existing opt-out rule, including NARUC, say eliminating it would encroach on state-level policies and interfere with some utility-run programs to manage power demand.

That could force utilities and states to completely overhaul their programs, and potentially cost consumers more money, NARUC and others warned FERC.

“Any Commission action to revoke states’ authority to opt-out would “do significant violence” to the frameworks set up by those states, “in addition to the harm it would cause to the long-established division between federal and state regulation of electricity,” Commissioner James Danly wrote in a statement on the inquiry.

While FERC Chair Richard Glick and Commissioner Allison Clements, both Democrats, supported the notice of inquiry on the issue, it’s not clear where Willie Phillips, President Biden’s nominee to replace Chatterjee, stands on the topic. In general, analysts expect Phillips, a Democrat who is currently the chair of the District of Columbia Public Service Commission, to align with Glick and Clements on most major issues before the commission.

For now, Glick is continuing to work with the three other members of the commission to advance the demand response inquiry “to next steps,” a spokesperson said in an email.

Demand response is a long-standing — but increasingly versatile — resource to keep power supply and demand in check, grid experts say.

Some programs are used primarily when power demand hits its peak, such as during the hottest days of summer or, in sunny states like California, in the late afternoon, as solar resources decline. But others are more sophisticated, in part because the grid itself is changing.

“It’s incredibly important as the grid transforms,” said Lew of the Energy Systems Integration Group. “With all of the variable renewables and extreme events like climate change, demand response is going to be used much more.”

As one example, ample wind energy resources in the Midwest sometimes exceed demand for power, leading grid operators to intentionally let some carbon-free wind electricity go to waste. Demand response programs that reward customers financially for adjusting their power usage depending on when wind resources are available could help ensure that wind is used to its full potential, according to the Great Plains Institute, a sustainability nonprofit.

More recently, however, a new set of resources has entered the market: aggregators. These third-party entities purchase demand response “commitments” from customers who have signed up to participate and sell them on the wholesale market.

Where it’s allowed, aggregated demand response competes toe-to-toe with traditional resources — such as a coal plant or a wind farm — to help meet power needs in the region, according to the clean energy trade group Advanced Energy Economy. Participating customers then save money by reducing their power usage by a designated amount, without having to navigate the notoriously complex world of electricity markets.

In contrast, utility-run programs often occur at the retail level, which may be easier for some customers to participate in, said Kyri Baker, an assistant professor of architectural engineering at the University of Colorado, Boulder. Still, many customers aren’t eligible for retail-level programs, which can also be less effective at reducing power consumption and balancing the grid, Baker said.

“Without aggregation, a lot of people don’t even have the option of participating in demand response,” she said.

Some utility-run programs may have minimum curtailment requirements that limit the number of customers that can participate, according to the distributed energy resource company Voltus Inc.

Take Entergy Arkansas’ “interruptible service rider” program: It’s only offered to customers that can reduce consumption by at least 100 kilowatts of power when called upon, allowing them to save money on electricity. But small or medium-size businesses may not be able to cut their power consumption by that amount, Voltus said in its comments on FERC’s notice of inquiry.

Voltus’ demand response aggregation services, by contrast, can combine the curtailed power of a wide range of customers, including businesses as small as a local hair salon.

“It’s better for consumers because they usually get paid more,” said Jon Wellinghoff, chief regulatory officer at Voltus and a former commissioner and chair at FERC.

A spokesperson for Entergy Arkansas said the company was “not opposed” to bringing more demand response programs into the wholesale markets.

Electric utilities are required to comply with “nondiscrimination” obligations, meaning programs they administer — including demand response programs — must be universal; they cannot be customized to tailor to individual customers’ needs, Schisler said.

“The limitations placed upon utilities, appropriately, are also the same thing that makes it difficult to get diverse groups of customers to participate,” he said. “The option is to have a one-size-fits-all tariff, and that doesn’t work for [all] customers, because no one is average.”

Mostly located in the Midwest and the South, “opt-out” states may have their own utility-run or statewide programs to manage demand. For those states, opting out avoids “costs and conflicts” that could occur between state-level demand response programs and ones that would be done by aggregators, according to a coalition of 15 Midwestern and Southern states within the Midcontinent Independent System Operator (MISO) grid region.

If demand response aggregators were to start bidding into the wholesale markets, utilities would no longer receive “credit” for their own programs, thereby increasing costs for them and customers, MISO told the commission.

In some states, eliminating the opt-out would force regulators with limited budgets and staff to expend significant time and resources developing a new demand response framework that accommodates aggregators, NARUC said in comments to FERC. Moreover, states should be the ones making decisions on these types of resources, not the federal government, added NARUC, which represents utility regulators.

“NARUC has been supportive of the Commission’s efforts to open the wholesale electricity markets to new technologies and respond to changes in the industry, but with the critical caveat that those efforts respect the jurisdictional lines established in the Federal Power Act and are based on the principles of cooperative federalism,” the group said in its comments.

Another concern is that demand response doesn’t fall under FERC’s jurisdiction, said Jennifer Key, a partner at the law firm Steptoe & Johnson LLP who submitted comments to the commission on behalf of American Electric Power. That means states would have to decide for themselves “how and whether” to regulate aggregators and ensure that customers are protected, Key said.

“At a minimum, consumer protection of some sort is necessary and new laws may be needed to provide state commissions such authority; otherwise falls to other state consumer protection agencies that may be ill-equipped to handle,” Key said in an email.

Still, Wellinghoff said that most of the stated concerns about eliminating the opt-out are misguided or overstated. What’s more, it’s likely that some utilities and regulators simply want to block aggregation because they see it as a direct threat to their profit model, he said.

As an example, Wellinghoff pointed to a letter Voltus received from the Nebraska Public Power District in 2020 that was shared with E&E News.

In the letter, the public utility rejected Voltus’ bid to enter a Nebraska-based client’s demand response resources into the Southwest Power Pool market, since it would put the company in competition with NPPD’s power plants and reduce the utility’s profit.

“Saying, ‘We’re different,’ only says, ‘We really just don’t want you here because of our monopolistic practices,’” Wellinghoff said.

NPPD lacked a rate at that time that would have enabled demand response and had never before received a similar request from a customer, said Tim Arlt, vice president of corporate strategy and innovation at NPPD. The utility has since developed its own demand response rate, which the customer in question will be enrolled in beginning Oct. 1, Arlt said.

“We took a serious look at it,” Arlt said. “It moved us forward as an organization in allowing additional options for customers.”

Correction: A previous version of this story misstated how many states had opted out of demand response aggregation in wholesale markets.