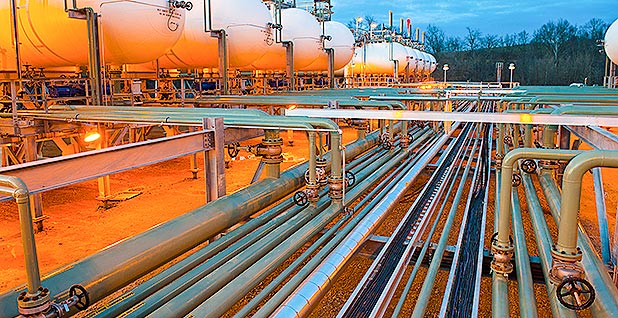 Federal regulators last month rushed to issue environmental decisions on major pipeline projects before their agency fell into a legal limbo, but their hustle has opened those projects to charges that they have not been fully vetted.

A group of local and environmental groups that is opposing the Atlantic Sunrise Project, a 183-mile, $3 billion venture by Williams Cos. subsidiary Transco, is arguing that the Federal Energy Regulatory Commission failed to make critical environmental information available before it approved the project last month, in violation of the National Environmental Policy Act.

FERC approved the Atlantic Sunrise Project on Friday, Feb. 3, the last day of work for former Commissioner Norman Bay. Since then, the agency has been unable to make major decisions because only two of the five commissioner seats are filled, leaving it one member short of a quorum (Energywire, Feb. 6).

Project opponents including the Allegheny Defense Project, Sierra Club and Lancaster Against Pipelines filed a rehearing request, asking that FERC withdraw its environmental review and reconsider its decision. Several of the issues they raise have been challenged repeatedly around pipeline projects, including charges that FERC inappropriately "segmented" the project into smaller pieces to avoid considering its full impact, that it failed to consider the project’s indirect impacts that would come with increased gas take-away capacity from the Marcellus and Utica shale basins, and that the agency did not fully examine the alternatives to completing the project as proposed.

Charging a rush to judgment

But the timing question is a new issue. In their filing, the opponents describe environmental information that is missing from the final environmental impact statement presented for public comment and weighed by FERC officials in approving the project. The groups charged that FERC’s rush to approve the pipeline before losing its approval authority shortchanged the review process.

As an example, they point to a potential hazard from three active underground fires in coal mines that are burning within a few miles of the proposed project route, which FERC said would require Transco to submit an "abandoned mine investigation and mitigation plan" to identify and manage risk. FERC has asked that the plan be submitted later in the project process, putting it outside of the federal environmental review.

Other planning that has yet to be completed centers on how construction would affect forests along the route, soliciting input from the Advisory Council on Historic Preservation and certain noise studies, according to FERC’s decision approving the pipeline.

In its own comments on the environmental review, U.S. EPA noted similar concerns. Officials there pointed to concerns with the project’s documentation around geology, streams and wetlands, vegetation, endangered species, and cumulative project impacts, and said FERC should clarify "how the public will be notified when plans or additional information will be available, and if FERC will accept comments on any of these additional materials."

In their rehearing request, the project opponents said the rush was symptomatic of a bias toward industry by regulators. "FERC’s decision to prioritize industry timelines over the public interest underscores the arbitrary and capricious nature of its decisionmaking," they wrote.

Last week, FERC issued a so-called tolling order on all rehearing requests for the Atlantic Sunrise Project, a move that acknowledges them and stops a 30-day countdown that would otherwise apply for FERC to weigh in on the concerns.

In a separate rehearing request, a different group of landowners affected by the Atlantic Sunrise Project have raised an issue often described as a Catch-22 by pipeline opponents. In that challenge, the landowners are arguing that the practice violates their due process rights under the Fifth and 14th constitutional amendments.

Under the Natural Gas Act, challenges to a project cannot be raised in federal appeals courts until FERC has denied a rehearing request or it has been deemed denied by virtue of having gone unanswered for 30 days. The landowners charge that FERC has a "near uniform" practice of using tolling orders to indefinitely postpone deciding on such rehearing requests, leaving opponents in a legal limbo.

The result, the landowners charge in the recent filing, is that they and others "are deprived of any meaningful opportunity for judicial review of FERC’s decisions regarding public use and the taking of their private property, which is unconstitutional."

In a response to several of the rehearing requests, Transco defended the scope of FERC’s environmental analysis and the information on which it was based. The review included ample information to serve as a "springboard for public comment," the company said, and need not be held to a standard of "perfect information."

Transco also opposed a stay on construction of the pipeline, countering that the opposition failed to show that proceeding would lead to "irreparable harm," as required under the law.