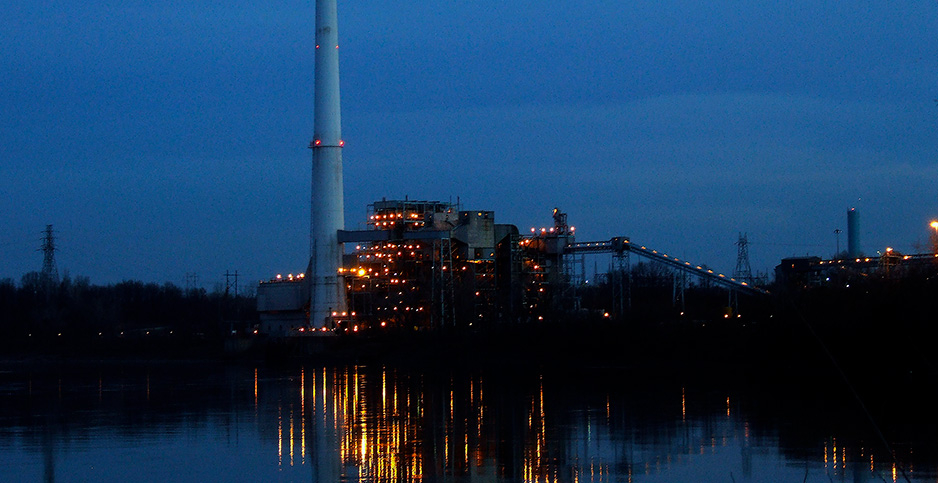 The Sibley coal plant, shuttered a year ago, is at the center of a dispute over who should benefit from the savings that resulted -- shareholders or customers? Gwen's River City Images/Flickr

The 524-megawatt Sibley power plant along the Missouri River burned its last coal about a year ago as part of a strategy by owner Evergy Inc. to pivot to cheaper, cleaner sources of energy.

While the 50-year-old plant rusts on the western Missouri plains, customers in suburban Kansas City are still paying millions of dollars a year in operating costs as if it was still running, frustrating a group of industrial energy users and the state office that represents residential and small business customers in utility matters.

The Missouri Energy Consumers Group and Office of the Public Counsel filed a complaint with the Public Service Commission earlier this year arguing that regulators should address the impact to customers who were left paying for a "fictional coal plant." The requested remedy: to require the utility to set aside revenue related to the Sibley plant for a later determination of whether customers or shareholders are entitled to the funds.

In a 3-2 vote, PSC members signaled during a discussion of the case last week that they will side with consumer interests when a formal vote is taken today.

"Having ratepayers pay for things that are not used and useful is not something that we want to encourage," PSC Chairman Ryan Silvey said at the Oct. 9 meeting.

Whatever the outcome, the parties and utility analysts agree the case could have far-reaching effects in Missouri, where several coal plants are set to be retired in the coming years, and beyond.

"Not only is there a financial impact, but it disincentivizes potential future coal retirements in the state, as utilities would be unable to keep the savings between rate cases," Wolfe Research analysts said in a note to clients.

The wrestling match over coal plant shutdown savings is the second in as many years between consumer advocates and investor-owned utilities in the Midwest.

Milwaukee-based We Energies and Wisconsin consumer groups sparred in a similar dispute last year. In that case, the Wisconsin PSC sided with the utility (Energywire, April 12, 2018).

PSC Commissioner Daniel Hall described the issue during last week’s meeting as a key one among the thorny issues that state regulators must sort through as coal plants are shut down ahead of schedule.

"I think this is an issue that we’ll see again," Hall said. "It is one of, if not the most significant issues for state commissions across the country. How do you handle the early closure of these facilities?"

Greg Meyer, a consultant testifying on behalf of the industrial energy users, said the PSC’s decision will establish an important precedent in Missouri, where more than a half-dozen large coal plants are still operating.

"A commission decision to reject this … will send the clear message that a utility should be allowed to time the retirement of a generating unit simply for purposes of attaining profits," Meyer said.

The utility said the PSC’s indication that they will grant the consumer complaint caused its stock price to drop in anticipation of millions of dollars in lost earnings.

Bank of America cut its rating on the company’s stock to "neutral" from "buy," and Moody’s Investors Service issued a report noting the ruling would be a credit negative, the utility said Tuesday in a PSC filing.

"That the commission would consider taking action with such extreme consequence … represents an abrupt and retroactive about-face that would give rise to legitimate questions about the fairness of Missouri regulation to any rational investor," the utility said.

Chuck Caisley, an Evergy senior vice president, said the PSC and other parties involved in its 2018 rate case knew of the previously announced plan to retire the coal plant by the end of last year when the commission approved a settlement establishing new rates that included certain operating costs for the Sibley facility.

"There was no confusion here as to what the timetable was," Caisley said in an interview with E&E News.

For regulators to decide a year later to set aside those revenues for future determination by the PSC would have the effect of retroactively reversing the earlier decision to allow cost recovery for Sibley.

And that would have a swift and significant impact on the utility.

"From an accounting perspective, this means this is no longer revenue to the company," Caisley said. "It creates an earnings hit that will have to be recognized immediately."

Evergy said an adverse ruling could ripple beyond the company’s earnings statement. It could lead the utility to file for another rate case sooner than anticipated and discourage utility investment in the Show Me State.

It could also lead the utility, which has two operating coal plants in Missouri, to run them longer than they would otherwise.

"This could actually have the perverse incentive, from an investment standpoint, of making it more palatable to continue operating those coal plants," Caisley said.

Paul Patterson, a utility analyst at Glenrock Associates LLC, said he doesn’t think the PSC’s ultimate decision will upend the continuing trend of coal retirements in favor of natural gas and renewables, but "it could affect timing and regulatory strategy."

"This is a question that I think consumers groups and investor-owned utilities are going to be arguing about for some time," Patterson said.

At the core of the PSC’s decision is a dispute about whether Sibley’s closure qualifies as an "extraordinary event" to justify a deferral under accounting rules.

Such accounting treatment is not uncommon after hurricanes and other extreme storms and enables utilities to track expenses related to replacing poles and distribution lines so it can seek to recover the costs in a later rate case.

And consumer advocates said Evergy has won PSC approval of the same accounting treatment to recover investments in power plants, including the Sibley plant in 1991.

Parties argued for two days during an evidentiary hearing in August over whether the closure of Sibley constituted an extraordinary event.

The company maintained the plant’s early shutdown was in no way extraordinary, noting that dozens of older coal-fired generating units have been shuttered ahead of schedule in recent years as inexpensive shale gas and falling costs for wind and solar squeeze coal margins.

Consumer advocates, meanwhile, said closures of plants like Sibley aren’t uncommon. But they said the Evergy utility at issue hadn’t retired a generating unit in 30 years, making it an extraordinary event.

At least two PSC members, including the PSC chairman, said what makes the timing of Sibley’s closure extraordinary is that the plant was anticipated to operate much longer than it did.

"I think what makes it extraordinary is that it’s being closed 20 years early," Silvey said.