Fight over financial oversight places FERC in the crosshairs 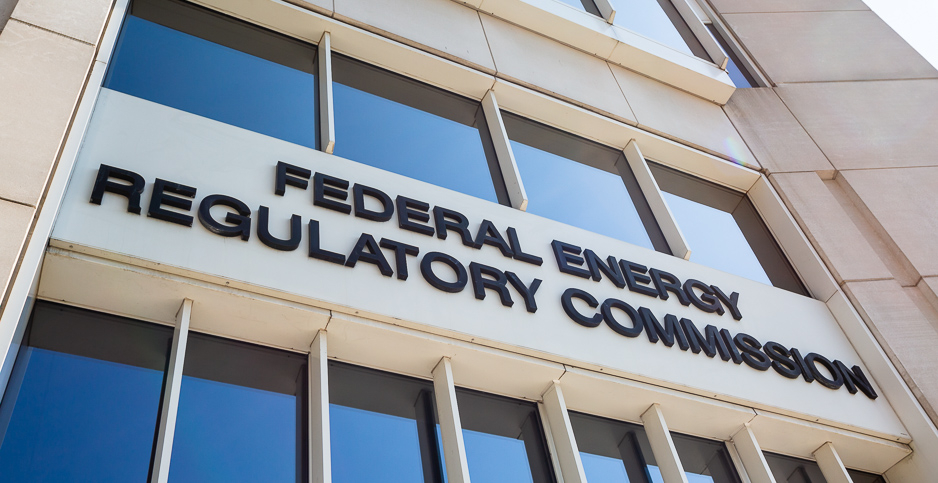 The Federal Energy Regulatory Commission is among the independent agencies that could be affected by the Supreme Court's ruling on the constitutionality of the Consumer Financial Protection Bureau. Francis Chung/E&E News

The outcome of a Supreme Court battle over the leadership of an agency that oversees consumer financial products like student loans and mortgages could shake up independent agencies like the Federal Energy Regulatory Commission.

Parties on both sides of Seila Law LLC v. Consumer Financial Protection Bureau have argued that limitations on the president’s power to remove CFPB’s single director violate the separation of powers under the U.S. Constitution, prompting the Supreme Court to appoint independent counsel to support the lower court’s finding that the agency’s structure is lawful.

The court heard oral arguments in the case this morning.

If the justices decide that CFPB’s structure is unconstitutional, they could decide that the agency is uniquely problematic because it is led by a single person, said Georgetown Law professor Lisa Heinzerling. Or, she said, the high court could overturn long-standing case law against the president’s "illimitable power of removal."

The second route, Heinzerling said, "would affect the structure of all these independent multimember commissions," including FERC.

In the 1935 case Humphrey’s Executor v. United States, the Supreme Court faulted President Franklin Roosevelt for firing a member of the Federal Trade Commission for policy reasons. The FTC Act, the justices found, allows a president to dismiss a commissioner only for "inefficiency, neglect of duty, or malfeasance in office."

If the court overturns Humphrey’s Executor, agencies whose members, by statute, are removable only for cause would be affected. That includes CFPB, whose sole director the Dodd-Frank Wall Street Reform and Consumer Protection Act stipulates can be removed only for the same reasons codified under the FTC Act.

FERC is led by up to five commissioners who are appointed by the president and confirmed by the Senate to serve five-year terms.

"You should care about this case," Williams & Connolly LLP partner Sarah Harris told an audience of legal experts at a recent event hosted by the Washington Legal Foundation.

If the Supreme Court changes the precedent set by Humphrey’s Executor, she said, that could dramatically alter the way independent agencies are governed.

The Supreme Court battle was born from an investigation by CFPB, which was created in 2010 in response to the 2008 financial crisis, into Seila Law, a firm that helps clients with consumer debt.

After Seila Law declined to turn over information and documents for the investigation on the grounds that CFPB’s structure was unconstitutional, the agency took the firm to federal district court, which ruled for CFPB. The 9th U.S. Circuit Court of Appeals followed suit, finding that the question had been "thoroughly canvassed" in the U.S. Court of Appeals for the District of Columbia Circuit’s full-court decision in PHH Corp. v. CFPB.

Seila Law argued in its petition to the Supreme Court that the United States itself has taken the position of dissenters in PHH that CFPB’s makeup violates the Constitution.

Supreme Court Justice Brett Kavanaugh, then a D.C. Circuit judge, was among those dissenters in the 2018 en banc PHH decision.

"The single CFPB Director serves a fixed five-year term and, absent good cause, may not be replaced by the President, even by a newly elected President," Kavanaugh wrote. "The upshot is that a President may be stuck for years with a CFPB Director who was appointed by the prior President and who vehemently opposes the current President’s agenda."

Because Seila Law and the United States have both challenged CFPB’s constitutionality, the justices appointed Kirkland & Ellis partner Paul Clement to argue in favor of upholding the 9th Circuit’s ruling.

Clement, who served as solicitor general under George W. Bush, made the case during briefing that the Constitution is silent on executive officer removal and that some executive branch functions are best left to officials who enjoy some independence from the president.

"Indeed," Clement wrote, "every time the Court has confronted legislation that leaves removal authority with the President while imposing modest limits on his discretion, including restrictions identical to those at issue here, the vote has not been close."

A precedent-shifting ruling in the CFPB dispute is not outside the realm of possibility, legal experts say.

"There’s an uptick in the extent to which the justices seem concerned about separation of powers," said Heinzerling of Georgetown Law.

She cited the court’s recent reexamination of Auer deference, which instructs judges to defer to an agency’s reasonable interpretation of its own rules, and calls by conservatives to revisit the Chevron doctrine, which requires judicial deference to agencies’ interpretations of ambiguous statutes.

An overhaul of either of those standards would have major implications for environmental rulemaking (Greenwire, June 26, 2019).

The addition of Kavanaugh to the Supreme Court makes it more likely that the justices could rule in favor of reorganizing the agency, Heinzerling said.

She also recalled Chief Justice John Roberts’ opinion in the 2010 case Free Enterprise Fund v. Public Company Accounting Oversight Board, in which he determined that an arrangement in which inferior officers — and not the president — decide whether there is good cause for an executive officer’s removal violates the separation of powers.

"The result," he wrote, "is a Board that is not accountable to the President, and a President who is not responsible for the Board."

"They are itching to take some of these rulings back," she said.