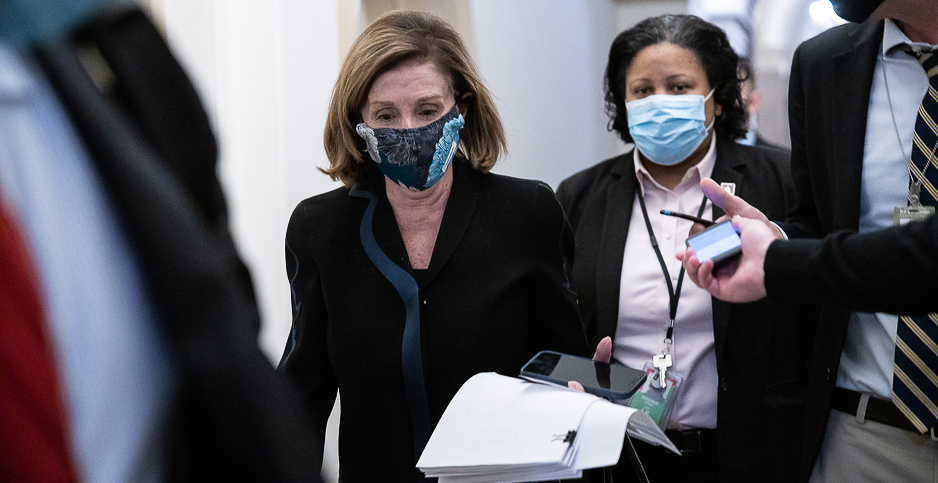 With less than 48 hours until government funding runs out, congressional leaders say they’re closing in on an agreement for a $1.4 trillion fiscal 2021 omnibus spending measure and a roughly $900 billion COVID-19 relief package to close out the 116th Congress.

Leaders in both parties said yesterday that negotiators were making headway toward breaking the monthslong impasse on another phase of pandemic assistance.

House Minority Leader Kevin McCarthy (R-Calif.) said talks were focused on the "fine details" but added "those are the most important ones."

House Speaker Nancy Pelosi (D-Calif.) said the two sides were getting closer but had "other work to do."

The back-and-forth on COVID-19 relief has stalled the release of the $1.4 trillion omnibus, now expected today.

Pelosi said she hoped another stopgap spending measure of a few days would not be necessary but did not rule it out.

While talks continued overnight, the basic elements of the $900 billion plan under assembly includes direct payments of up to $600 for individuals and the extension of pandemic unemployment benefits, albeit at a reduced rate.

The deal would provide at least $300 billion for the popular small-business lending Paycheck Protection Program, $25 billion in rental and food assistance, and $10 billion to help the struggling U.S. Postal Service.

The emerging deal does not include $160 billion in emergency funds for states and local governments agreed to by a bipartisan Senate group this week, dealing a blow to Democrats.

Also missing are liability shield provisions that were a priority for Republicans but flummoxed negotiators seeking a compromise.

McConnell had urged both issues be punted until the new Congress, when President-elect Joe Biden is expected to make a new request for stimulus.

However, a fresh effort to inject $90 billion into the Federal Emergency Management Agency disaster fund sparked new concerns among Republicans, who feared that it was backdoor spending for states and localities.

A second major hurdle to a deal remains the levels of jobless benefits and direct payments, which is drawing scrutiny from both sides of the political spectrum.

There was cautious optimism yesterday that a tax extenders package would ride on a COVID-19 deal as well.

Modifications to the phaseout schedule for the renewable and investment tax credits are considered possible contenders for an end-of-year tax deal, although a decision on the scope of a broader package was in the hands of House and Senate leaders.

The Carbon Capture Coalition yesterday indicated in a statement that it expected Congress to extend the so-called 45Q carbon capture break, as well as to provide the incentive with a direct pay option.

A water projects bill, an energy package, and legislation to reauthorize the Pipeline and Hazardous Materials Safety Administration are also in play.

Lawmakers are increasingly confident that the omnibus will contain all 12, fiscal 2021 spending bills with total discretionary spending of $1.4 trillion.

If the deal is released today, it could be signed into law ahead of the deadline but would take near-perfect legislative maneuvering. So far, no senators have said they would slow the package down by forcing procedural votes ahead of passage.

House Majority Leader Steny Hoyer (D-Md.) said yesterday the plan remains to have the bill passed by midnight tomorrow. Like Pelosi, he did not rule out a brief continuing resolution.

"If we need three or four more days, we’re going to take such time as it’s necessary to fund the government," said Hoyer.