‘Firing up the bulldozers’: Revamped WOTUS is here 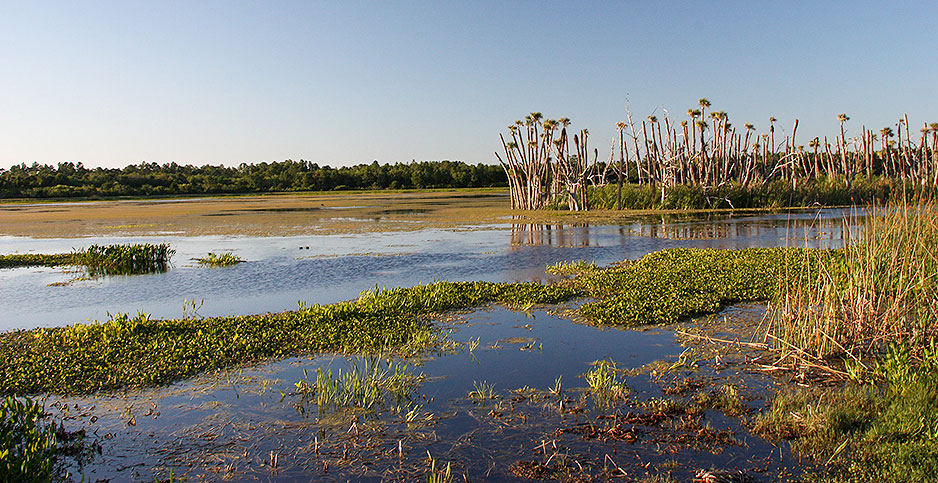 The Trump administration’s rule narrowing the scope of which wetlands and waterways are protected under the Clean Water Act takes effect in most of the country today, opening the door to developers eager to get to work ahead of a change in administration or future legal action.

EPA first unveiled its Navigable Waters Protection Rule in January. The regulation, also known as the Waters of the U.S., or WOTUS, rule, which is now the law of the land in every state but Colorado, pulls back federal oversight of up to half the nation’s wetlands and 18% of streams — many of which had been protected since the Reagan administration (Greenwire, Jan. 23).

While many developers and regulated entities will reach out to regional districts of the Army Corps of Engineers for guidance on whether a permit is needed or needs to be reevaluated, others may simply begin construction on what they see as land no longer covered by the rule, said Mark Ryan, former Clean Water Act attorney in EPA’s Region 10 office.

The Army Corps determines which waters fall under federal jurisdiction and issues permits; EPA is responsible for enforcement.

One possible hot spot for activity: a vast wetland system throughout the Midwest called "prairie potholes" — most of which are not adjacent to or abutting waters protected under the rule and already face pressure from surrounding farms and agricultural runoff, Ryan said. The potholes are critical for recharging groundwater and providing habitat for migratory waterfowl.

"We’ll pretty quickly see people firing up the bulldozers to fill those," Ryan said. "You have in the East the equivalent in Delmarva bays and in the West are vernal pools. And many, if not most of those, are not covered by this new rule and will be subject to fill."

"That will be the most immediate impact," he said.

Complicating the rule’s rollout is that it’s taking effect unevenly across the nation and faces mounting legal challenges.

On Friday, a federal judge in California rejected a request from more than a dozen blue states for a nationwide injunction of the rule (Greenwire, June 19).

Hours later, the U.S. District Court for the District of Colorado granted a separate request to halt the rule within the state’s boundaries. Judge William Martinez in his ruling said Colorado had met the bar for preliminary injunction and agreed to freeze the rule until the litigation plays out.

"It creates a lot of uncertainty for what the law is, and the Clean Water Act is complex enough," he said. "It’s just a bad situation to have different standards around the country as to what’s covered and what’s not, especially since water flows across boundaries."

Central to Colorado’s success in getting a district court to halt the rule was the muddled 2006 Supreme Court Rapanos v. United States decision on the scope of the law.

The Trump rule adheres largely to the late Justice Antonin Scalia’s plurality opinion in that case, which earned four votes and takes a narrow view of the law’s reach. The states — and many federal courts — have said that decision did not earn a majority of the high court and is not the controlling precedent.

They point to former Justice Anthony Kennedy’s concurrence in that decision, with its "significant nexus" test that underpinned the Obama rule and earlier guidance from the George W. Bush administration.

In granting Colorado’s call for an injunction, Martinez, an Obama appointee, said past case law goes against the foundation of EPA’s new rule.

"However, Rapanos is unambiguously against the construction offered in the plurality opinion, on which the New Rule is modeled," he wrote. "So, although nothing in Rapanos forecloses reinterpretation of ‘waters of the United States,’ that decision does foreclose the reinterpretation at issue here.

"For at least these reasons, Colorado is likely to succeed in proving at least that the New Rule is ‘not in accordance with law.’"

Larry Liebesman, a senior adviser at the consulting firm Dawson & Associates, said Martinez’s analysis of Rapanos reflects a "really significant set of findings" so early in the case.

Martinez’s decision applies only within Colorado’s borders, and no court is bound to the decision. But that could change.

"It’s merely persuasive at this point," said Ryan. "It will be appealed to the [10th U.S.] Circuit Court of Appeals, and when the [10th] Circuit rules, that will be precedent."

Ryan said he wouldn’t be surprised to see state plaintiffs in California appeal to the 9th U.S. Circuit Court of Appeals or EPA to appeal to the 10th Circuit.

"None of them, by the way, unless it goes up on emergency appeals, none of this is going to play out before the election," he added. "These kinds of appeals take months."

In the latest legal challenge over the rule, a coalition of Native American tribes today filed lawsuits telling a court that the regulation fails to consider reams of scientific and technical information, including from the government’s own advisers.

The tribes were joined by the Sierra Club, the Idaho Conservation League and the nonprofit Mi Familia Vota in filing two lawsuits.

"All Americans, as well as iconic landscapes and wildlife, stand to lose their most important resource: clean water, which we all need to live to thrive and survive," said Héctor Sánchez Barba, Mi Familia Vota’s CEO and executive director. "Latinos are directly impacted by this disastrous new rule."

Attorneys from Earthjustice filed the two new lawsuits in federal district courts today, one in Washington state and another in Arizona.

The tribes argue that the Trump rule ignores evidence presented to the agencies, including input from EPA’s own Science Advisory Board (Greenwire, March 6).

Further, the tribes charge that EPA officials "failed to explain their decision to reverse prior regulations and failed to consider" how the change would affect water quality and aquatic ecosystems.

EPA has said the rule adheres to its limited legal and congressional authority. It has argued that the previous Obama-era rule was an example of regulatory overreach.

Earthjustice filed its second lawsuit in the U.S. District Court for the Western District of Washington on behalf of the Puget Soundkeeper Alliance, the Idaho Conservation League, the Sierra Club and Mi Familia Vota.

Even the strongest state programs crafted to protect wetlands under prior regulation will need to be updated, creating a "big scramble" for resources-strapped states as they understand how to comply with the rule while juggling a pandemic, said Brenda Zollitsch, senior policy analyst at the Association of State Wetland Managers.

A big question is whether state programs will cover wetlands and waterways not protected under the rule.

Michigan and New Jersey, for example, have assumed 404 wetlands permitting for the federal government, while almost two dozen states like Minnesota, Florida, New Hampshire and Massachusetts have their own dredge-and-fill state permitting programs.

Adding complexity to the states’ situation are social distancing requirements tied to the pandemic, as people try to figure out how to conduct on-site inspections.

What’s more, states already short on resources may need up to three years to create and fund programs to protect waters that are no longer jurisdictional under the new rule, all while taking public comment.

Yet another challenge is that states and tribes are in the process of learning from EPA through weekly webinars how to decipher the rule’s language and comply.

"We’re all learning how to be in compliance, one webinar at a time," Zollitsch said. "They’re good webinars, but they’re leading to lots more questions."

Developers will also be faced with the challenging task of interpreting the rule.

"We’re into the construction season now. This is the time that a lot of construction takes place. A lot of contractors are out there doing work. There may be a way of balancing, of saying it’s time to move forward," said Liebesman.

But Liebesman said he wouldn’t advise developers holding an approved or preliminary jurisdictional determination they believed should be revised under the new rule to simply start work on a site.

He said that there’s an "orderly process" EPA and the Army Corps will conduct and that he would "advise a developer or regulated entity to follow that process and not run the risk."

"Despite the fact that this rule is more conservative … there’s still a lot of gray areas, things that will have to be evaluated as to whether you’re in or out of the new rule."

John Eisenhauer, who served as commander and district engineer of the Army Corps of Engineers’ Portland District in Oregon from 2011 to 2013, noted that the preamble of the 2020 rule allows permit applicants to request reevaluation of both approved and preliminary jurisdictional determinations by the Army Corps.

Eisenhauer also said that while some developers could move forward on day one of the rule taking effect, he would warn against that without first consulting federal overseers.

"If they decide, under this new rule, waters X, Y and Z aren’t WOTUS and they don’t bother to get preliminary or AJD from the corps to go to work … if that’s brought to the corps or EPA’s attention, they could bring a compliance action and end up determining those were jurisdictional waters and end up taking enforcement action," Eisenhauer said.