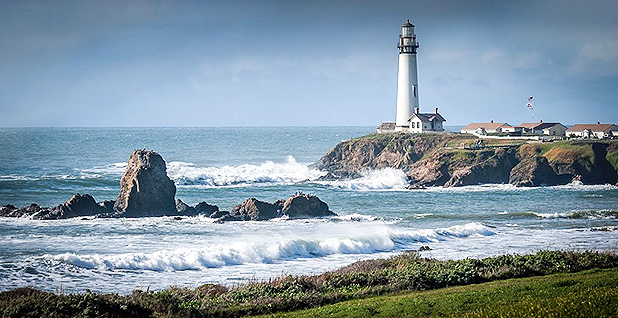 Of all of the hoopla coming out of the California climate action summit last week, one development has garnered less attention: a pledge by nine major law firms to work on climate issues for free.

At least two of the firms have already worked on climate change litigation — but on the other side. Some of the others have represented oil and gas companies.

The nine firms that joined Lawyers for a Sustainable Economy at the Global Climate Action Summit in San Francisco will each provide up to $2 million in pro bono legal services to small nonprofits and emerging technology companies by 2020. That’s a fraction of what some of the firms have made representing energy companies.

A partner at Latham & Watkins refuted the idea that representing multiple positions on climate change could create a conflict of interest.

"We work across a broad range of energy clients in the coal, oil and natural gas, and renewable energy spaces," said Janice Schneider of Latham & Watkins. "We have a robust conflict [of interest] process before we are retained by any new client."

In one case, Latham & Watkins represented Phillips 66 after six California counties and cities sought to blame multiple oil companies for sea-level rise and storm damage. Federal Judge Vince Chhabria ruled in March that the lawsuit belongs in state court, a win for the plaintiffs. The oil companies appealed the ruling, and the case is pending in the 9th U.S. Circuit Court of Appeals.

Arnold & Porter has represented BP for years and was involved in the company’s $18.7 billion settlement following the Deepwater Horizon oil spill.

The firm did not return multiple requests for comment.

A shift in clientele is not unusual among big firms, several sources said.

"These are large law firms with hundreds of employees and all different types of political persuasions," said David Hayes, now the executive director at the State Energy & Environmental Impact Center at New York University.

Hayes, a former partner at Latham & Watkins, said he encouraged the nine law firms to join the pro bono climate initiative. He said he asked about 25 firms last month and expects a few more to join soon.

He acknowledged that some of the firms have a history of fighting for the interests of oil and gas giants.

"These law firms recognize that, to some extent, every person has a need for a lawyer," Hayes said. "Ironically, the climate conscious people haven’t had access. Oil companies have. That is worth celebrating. I wasn’t sure we’d be able to overcome that polarization we see in society."

The pro bono legal services will focus on tax advice, intellectual property and patent issues — not necessarily oral arguments in courtrooms, he said.

Some of the emerging environmentally minded businesses receiving the free legal help could one day turn into paying clients, he added. "All the better, as far as I’m concerned," Hayes said.

The initiative has been lauded by several state attorneys general, including California’s Xavier Becerra (D). "This is a prime example of the public and private sectors coming together to have a greater impact on the future," a group of Democratic attorneys general said in a statement.

The law firms also issued press releases publicizing their commitment and declaring that the effort is in line with some of the socially conscious work they already do.

E&E News reached out to each of them to get a better understanding of their work with energy companies. Just two responded.

Kristin Loe, a spokeswoman at Morrison & Foerster, emphasized that sustainability is part of the firm’s "all-encompassing" energy practice. "Traditional energy companies are looking to modernize, and this could be one way we could help them," she said.

Loe declined to discuss pending litigation the firm is involved in. Like all of the participating firms, Morrison & Foerster will do its own conflicts check, Loe said.

Bob O’Connor, a corporate partner at WSGR, said the firm mostly represents technology companies. It works with global oil companies, too, but largely on renewable energy issues, he said.

"We felt like our firm in particular did not have any or as many relationships where the interests might diverge," O’Connor said. "At the end of the day, law firms are client-centered, and they provide legal solutions to achieve the business of clients. They have a choice to make in terms of clients they like to represent."