First war, then fire: The global LNG outlook is volatile 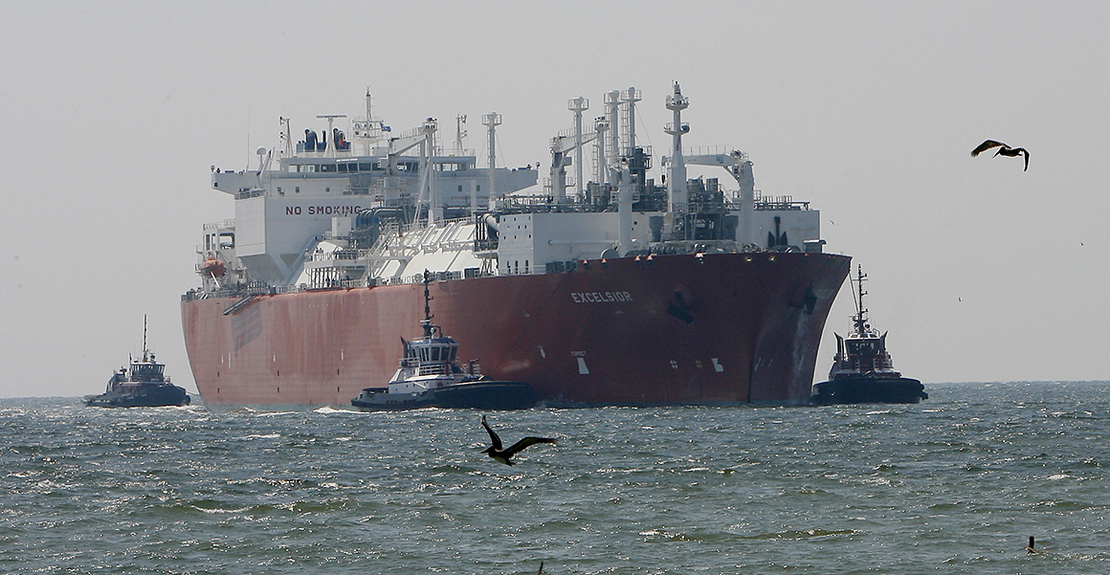 Global gas markets were already struggling to contend with tight supplies following Russia’s invasion of Ukraine. Now, they have to navigate the fallout from a fire at one of the largest LNG facilities in America.

Freeport LNG will be offline for at least three weeks after the blaze damaged a pipeline serving a storage tank at the plant last week. About 20 percent of American LNG exports go through the liquefaction facility 70 miles south of Houston.

The fire reveals the sensitivity of global gas markets. Prices in the U.S. quickly fell following the blaze, while gas prices in Europe and Asia ticked higher. Analysts said the global market can weather a short-term outage at Freeport but cautioned that a long-term shutdown could send price shock waves through the already jittery market, which has seen LNG cargoes rerouted from Asia to Europe en masse in recent months.

“Ultimately, the overall market impact boils down to how long the outage will last,” Lindsay Schneider, an analyst at RBN Energy, wrote in a recent blog post. An extended outage would allow the U.S. to rebuild its depleted natural gas inventories, putting downward pressure on domestic natural gas prices.

“But this incident isn’t just a big deal for the U.S.,” she wrote. “That LNG was headed overseas and is essential in an extremely tight global market that is still trying to manage the impacts of the war in Ukraine, a rising energy crisis from another LNG exporting nation, Australia, and winter peak demand in Latin America.”

The dynamic illustrates how Russia’s war in Ukraine and the growing strength of U.S. LNG exports are rewriting global energy markets. Gas is traditionally a regional commodity, traded via pipelines. But that has begun to change in recent years as American exporters began shipping more LNG around the world.

Many companies use flexible contracts, which allow cargoes to be shipped to the highest bidder. That’s a change from traditional long-term contracts, by which cargoes were sent from exporting countries like Qatar to importing nations like Japan.

The result is a gas market that’s more global, with prices on one continent affecting those on another. And it has been exacerbated by the war in Ukraine, with European countries snapping up LNG shiploads previously bound for Asia as a replacement for Russian gas.

The Freeport fire shows how gas markets are increasingly interconnected.

Normally, the American gas industry would use the summer months to fill depleted gas storage needed for winter. But U.S. storage levels are nearly 15 percent below their five year average, as a result of strong LNG exports and surging power demand, which is rising due to hot temperatures enveloping much of the southern United States.

Those factors pushed U.S. natural gas prices to a 14-year high last week, with prices at Henry Hub reaching $9.77 per million British thermal units. But prices quickly fell in the wake of the fire, shedding 59 cents in a single day. Henry Hub ended trading yesterday at $8.61 per mmBTU.

The fire effectively relieved demand, freeing up some 2 billion cubic feet of gas that went through Freeport every day for electricity generation, said Eugene Kim, an analyst who tracks the industry at Wood Mackenzie.

“If this is truly just three weeks, it just negates the increased cooling load demand due to the hotter weather forecast,” Kim said. “If it is more protracted beyond three weeks, it starts having some material impact on U.S. gas balances.”

A flyover of Freeport showed limited damage to the liquefaction facility, Kim said. Yet Freeport could face an extended outage if federal regulators request more information on the fire before allowing the facility to resume operations, he noted.

“The outage is expected to cut U.S. feed gas demand by roughly 40 Bcf over the three-week period, roughly 10 percent of the current storage deficit, and will provide temporary relief for the U.S. gas markets, which have seen some of their strongest pricing in over a decade,” Wyeno said.

The picture looks different in Europe, where countries have been filling up on American LNG to offset a shift away from Russian imports. Russia supplied about 45 percent of the European Union’s total gas imports in 2021, followed by Norway, Algeria and the U.S., at roughly 6 percent, according to the European Commission.

But U.S. LNG exports to Europe have increased 18 percent over 2021 levels, with Europe now buying three-quarters of all U.S. cargoes through the first four months of the year, EIA reported. The Biden administration struck a deal to provide Brussels with enough gas in the coming years to offset a third of the supplies currently coming from Russia.

“Freeport LNG has been flexible and quick to divert volumes to Europe since on average around 76% of its exported volumes in 2022 are uncontracted,” Rystad Energy said in a note. “As a result, we expect Europe will be the region most impacted by this incident.”

Europe is making moves to diversify its gas from other suppliers, such as Qatar and Azerbaijan and countries in North and West Africa, including Nigeria and Senegal. But any reduction in global LNG supplies will have a broader impact by dealing a significant blow to an already tight gas market, said Georg Zachmann, a senior fellow at Bruegel, a think tank.

High gas prices in Europe have already shifted cargoes away from other destinations, mainly in Asia. As a result, poorer countries like Pakistan that have come to depend on natural gas for lighting and industrial production have faced a fuel crunch, potentially offering a lifeline to Russia. Pakistan is seeking increased deliveries from Qatar, Bloomberg reported last week. But India and China have sought Russian gas at a discount.

Asia’s gas picture has been helped somewhat by falling demand in China, which is implementing economic lockdowns to contain an outbreak of coronavirus cases, and relatively healthy storage levels at the end of last winter, analysts said.

But one thing is clear about the volatile LNG markets: Europe cannot expect to max out its import capacity, Zachmann said.

Supply shocks are not uncommon in the fossil fuel industry. But Europe usually serves as a buffer against such shocks because of its large storage capacity. Now the war is putting Europe to the test. And Zachmann compared the price shocks to driving a car without suspension.

“We are feeling every bump,” he said.

Europe’s gas storage picture has improved in recent months. Analysts said the continent is on track to fill 80 percent of its storage capacity by November, as recently mandated by the European Union, if remaining Russian imports are uninterrupted and there are no prolonged LNG disruptions.

The latest data from Gas Infrastructure Europe shows that storage capacity for the entire E.U. was more than half full. But storage varies greatly by member state, with Hungary, Croatia and Bulgaria having far lower volumes than Poland and Portugal.

A spokesperson for the European Commission said it would continue to focus on diversifying supply sources and routes through a joint purchasing program for gas and hydrogen across E.U. member states and increased outreach to international partners.

It is also working to prevent further supply disruptions from Russia after state-owned energy giant Gazprom cut off exports to purchasers in several countries, including Poland, Bulgaria, Finland and the Netherlands, after they failed to make payments in rubles.

“In light of Gazprom’s continued use of its energy supplies as a blackmail, we will keep working intensively with the member states to improve preparedness for possible disruptions, including through a coordinated European contingency plan and the implementation of the new rules on gas storage,” the spokesperson said in an email.

If Freeport comes back online in the next three weeks, analysts expect a shutdown will be manageable for Europe. It would get increasingly complicated if it takes longer than that.

Yet a larger threat looms over Europe’s ability to find gas. If Russia decides to suddenly shut off its pipelines to the E.U., Europe will be short of gas regardless of whether the Freeport terminal is running at full capacity, said Zachmann.