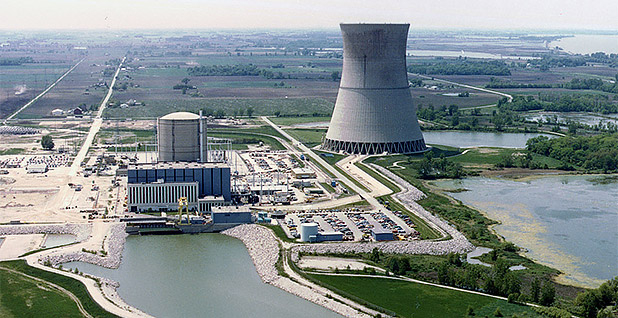 In another step to distance FirstEnergy Corp. from the financial woes of its bankrupt generating unit, the Ohio utility announced an agreement with creditors that would free it from future claims in the Chapter 11 proceeding.

But FirstEnergy CEO Chuck Jones also said during an earnings call with analysts and investors that while the agreement would mean a clean break from the cash-strapped subsidiary, FirstEnergy Solutions Corp. (FES), he’ll continue to personally lobby to keep the unit’s coal and nuclear plants running.

Jones also said that under the announced agreement with creditors, the utility could benefit financially from any government-mandated payments to support the money-losing power plants.

"I will continue personally to advocate for regulatory or legislative solutions, including FES’s application for an emergency order under the Federal Power Act," Jones said. Under the agreement with creditors, if the amount of any coal or nuclear subsidies exceeds a certain threshold, "then, yeah, we would share some of that. But that’s not why we’re doing it."

He added, "We’re highly motivated to get support for those generating assets because it would be a mistake for our country for them to close."

Jones has strained over the past year and a half to focus investors’ attention on FirstEnergy’s regulated utility operations in Ohio, Pennsylvania and West Virginia. But quarter after quarter, the CEO faced questions about the likelihood of bankruptcy for the generating subsidiary and what it meant for the parent company.

FES filed for Chapter 11 bankruptcy protection in the northern district of Ohio on March 31, listing $560 million of cash on hand and total debts of about $3.8 billion (Energywire, April 2).

The bankruptcy filing came just days after the subsidiary announced the planned closure of its three nuclear plants and, separately, asked the Department of Energy to subsidize its coal and nuclear plants under seldom-used Section 202(c) of the Federal Power Act (Greenwire, March 29).

The agreement announced yesterday includes participation by two groups of creditors representing a majority of the outstanding debt obligations of FirstEnergy Solutions and, if approved by the court, would fully release FirstEnergy from all bankruptcy-related claims, the utility said.

Paul Patterson, an analyst at Glenrock Associates LLC, said the agreement, while still needing court approval, represents a significant step for the utility.

"The more certainty you get around the bankruptcy process at FES, the better," Patterson said.

Credit ratings agency Standard & Poor’s upgraded its outlook for FirstEnergy to "positive" on the basis of the agreement. The revised outlook means there’s potential for an upgrade to the utility’s ratings over the next 12 months, S&P said.

The agreement in principle affirms FirstEnergy’s previously announced guarantees and assurances of certain FES employee-related obligations, including unfunded pension obligations and other employee benefits, and provides a waiver of certain intercompany claims held by FirstEnergy.

FirstEnergy would no longer be responsible for any potential costs associated with decommissioning of the FES nuclear plants in Ohio and Pennsylvania that are scheduled to shut down by 2021, Jones said.

The agreement is subject to approval by boards at FirstEnergy, FES and FirstEnergy Nuclear Operating Co., an FES subsidiary, as well as the bankruptcy court. FirstEnergy said the two creditor groups that signed off on terms would seek to get approval from the official committee of the unsecured creditors, as well as any other key creditors by June 15.

There’s no timetable for DOE to act on FirstEnergy Solutions’ request for aid. Energy Secretary Rick Perry has suggested the agency could look at other ways to help the company’s coal and nuclear plants without declaring a grid emergency existed (E&E News PM, April 9).

Meanwhile, grid operator PJM Interconnection LLC has said there is no emergency to be addressed by DOE and that grid reliability isn’t in jeopardy.

But Jones has shown no sign of backing off. "I continue to believe we are doing long-term damage to our nation’s infrastructure," he said.