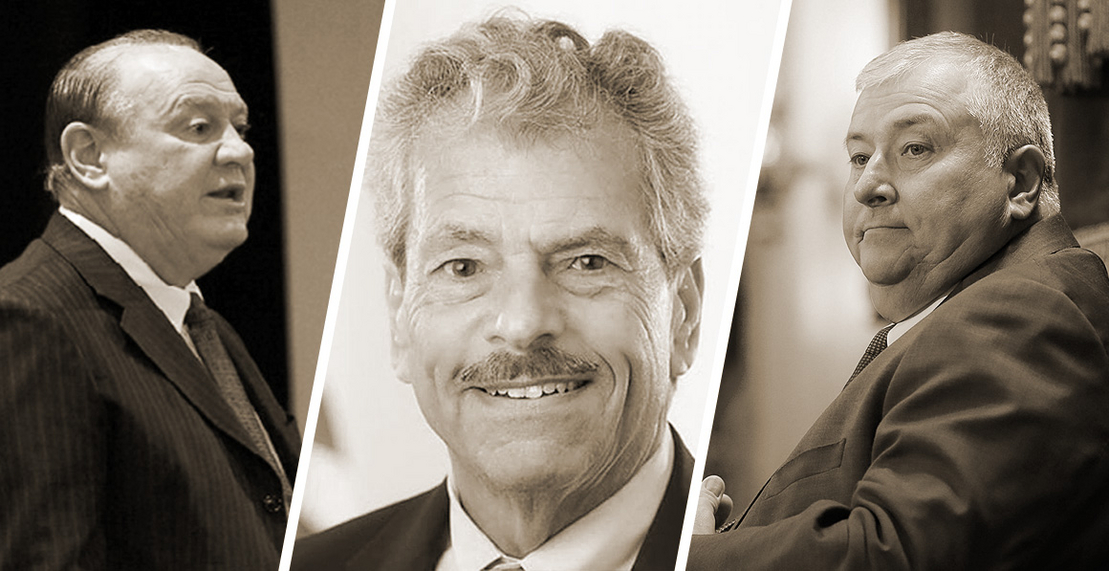 Scandal-plagued FirstEnergy Corp. acknowledged yesterday that it paid millions of dollars to a former Ohio House speaker and a former Ohio utility regulator for help passing controversial energy legislation in 2019.

The admission came as part of an agreement with federal prosecutors who charged FirstEnergy with one count of conspiracy to commit honest services fraud.

Prosecutors said the company carried out the conspiracy in part through the use of a dark money group called Partners for Progress that funneled millions of dollars indirectly to Ohio’s former House speaker in exchange for furthering FirstEnergy’s interests related to the nuclear legislation and “other company priorities.”

“It’s no different than if you had written Partners for Progress on a brown paper bag and stuffed a bunch of cash in it and slid it across the table,” Vipal J. Patel, acting U.S. attorney for the Southern District of Ohio, said at a news conference. “That’s largely analogous to what happened.”

FirstEnergy agreed to pay $230 million and cooperate further with prosecutors under an agreement that resolves the probe. The charges will be suspended and dropped after three years if the utility complies with terms of the deferred prosecution agreement.

The deal is similar to one between Commonwealth Edison Co. and federal prosecutors a year ago in which the Chicago utility was charged with one count of bribery related to an investigation of its lobbying practices in Illinois over the last decade (Energywire, July 20, 2020).

An agreement between Akron-based FirstEnergy and the Department of Justice was largely anticipated ever since prosecutors charged former Ohio House Speaker Larry Householder and four associates last summer with running a $61 million racketeering scheme focused on passing and defending H.B. 6, which subsidized nuclear and coal plants and effectively ended clean energy standards in Ohio (Energywire, July 22, 2020).

Yesterday’s agreement, however, shines new light on the relationship between the utility and the former chair of the Public Utilities Commission of Ohio, Sam Randazzo, who abruptly resigned last fall a day after FBI agents raided his home in Columbus.

The former regulator hasn’t been charged with a crime and isn’t named in the court filing. He also denied any wrongdoing in his resignation letter to DeWine.

FirstEnergy had previously disclosed that it paid Randazzo $4.3 million in January 2019, purportedly to terminate a consulting contract before Randazzo’s appointment to the utility commission.

The utility later acknowledged the payment was for “purposes other than those represented” and related to the firing of CEO Chuck Jones and two other top executives for violations of the company code of conduct.

Prosecutors outlined a meeting at Randazzo’s condominium in December 2018 with Jones and another company executive where they discussed the $4.3 million payment.

The charging document said Jones texted Randazzo the day after the meeting, saying, “We’re gonna get this handled this year, paid in full, no discount. Don’t forget about us or Hurricane [Jones] may show up on your doorstep! Of course, no guarantee he won’t show up anyway.”

The FirstEnergy CEO then attached an image of a venomous snake protruding from a hurricane.

It was after that meeting and the payment that FirstEnergy executives worked “directly to advance the appointment” of Randazzo as chairman of PUCO to “further FirstEnergy Corp.’s interests in that role through official action.”

According to prosecutors, Randazzo helped further the passage of H.B. 6., which besides the nuclear subsidies also included a provision estimated to provide FirstEnergy utilities $355 million by insulating revenues from swings in electricity demand.

The day that H.B. 6 passed, Jones, identified by prosecutors as Executive 1, sent Randazzo a photo-edited image of Mount Rushmore with the faces of the PUCO chair and three company executives imposed over the four presidential faces. The caption said, “HB 6 F*** ANYBODY WHO AINT US.”

Environmental and consumer groups have tried for the past year to get both the utility commission and Legislature to investigate FirstEnergy and unwind provisions of H.B. 6.

“The statement of facts outlining the extent of the complicity between Chairman Randazzo, FirstEnergy and the governor’s office confirms our worst fears about the level of corruption that occurred with this appointment,” said Robert Kelter, an attorney with the Chicago-based Environmental Law and Policy Center.

“It raises questions about whether the governor’s office let FirstEnergy hand-pick the [PUCO] chairman.”

Kelter and others said the facts of the case require a thorough review of all of the cases Randazzo handled.

“Each case he presided over is possibly tainted by corrupt ties to FirstEnergy,” said Heather Taylor-Miesle, president of the Ohio Environmental Council Action Fund.

The group and others also renewed calls for the Legislature to repeal those provisions of H.B. 6 that haven’t been undone, including subsidies for two coal plants owned by a group of utilities.

The news puts more political heat on DeWine, the first-term Republican governor who was already indirectly linked to the H.B. 6 scandal through a staffer who is a former FirstEnergy lobbyist and founded Partners for Progress.

When prosecutors charged Householder and his associates last year, they detailed the involvement of a 501(c)(4) group called Generation Now that Householder formed to receive millions of dollars in payments, mostly from FirstEnergy.

Yesterday’s court filing included details on the role of another social welfare group, Partners for Progress, which was formed in February 2017 after FirstEnergy senior executives traveled on the company jet with the Ohio House speaker to attend former President Trump’s inauguration.

Prosecutors said the group was controlled by FirstEnergy executives who funded it with $25 million between 2017 and 2019. The utility directed the group’s payments to other entities associated with public officials, including $15 million to Generation Now.

Court papers show Partners for Progress was incorporated in Delaware rather than Ohio specifically to make it tougher for third parties to get information about the group. And FirstEnergy executives also chose directors for the group, two of whom were company lobbyists.

The government said FirstEnergy specifically used dark money groups to conceal what was going on because by law donors don’t have to be disclosed and there’s no ceiling on the contributions.

FirstEnergy has tried over the past year to rescue its reputation and restore public confidence in the company.

In a video message on the company’s website, new CEO Steve Strah announced the agreement with the Department of Justice.

The deal calls for the company to pay half of the $230 million penalty to the U.S. Treasury and half to a state program that helps Ohio residents pay utility bills.

Strah outlined other steps the company has taken over the past year, including establishing new board and executive positions focused on compliance and changes to political activity, lobbying and consulting policies.

“The public got some justice today regarding the Ohio House Bill 6 scandal and FirstEnergy,” Weston said. “But justice is also a longer road that requires state reforms to curb the utilities’ political influence that is costing Ohioans money on their utility bills.”

The agreement with FirstEnergy came a year and a day after the government charged Householder and four others.

Householder, who won reelection to the Ohio House even after the indictment, lost his seat as speaker and just last month was expelled from the House by a vote of the other members. He has pleaded not guilty to the federal charge and is awaiting trial.

Another defendant, Matt Borges, the former chairman of the Ohio Republican Party, has likewise pleaded not guilty and said in a television interview that the case is politically motivated.

Two other individuals charged last year and Generation Now have all pleaded guilty to racketeering charges. The other individual charged in the case, former lobbyist Neil Clark, pleaded not guilty prior to his death by suicide in March.