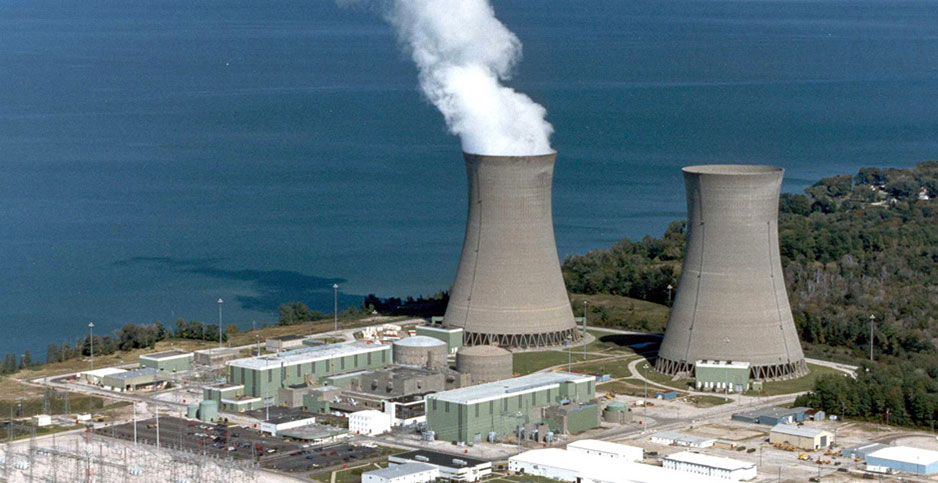 Donald Schneider, FirstEnergy Solutions chairman and president, described in a declaration filed with the U.S. Bankruptcy Court for the Northern District of Ohio how the company was squeezed by a combination of declining electricity demand and more stringent environmental regulations governing coal.

But the principal reason for FirstEnergy Solutions’ financial woes was inexpensive shale gas from nearby Marcellus and Utica formations.

"There has been a well-documented and rapid expansion in natural gas supplies which has caused electricity prices to plummet, and has consequently reduced the debtors’ profits from power sales," Schneider said.

FirstEnergy Solutions, which employs more than 3,000 people and owns power plants across the Midwest and Mid-Atlantic, tried to weather the storm from 2012 to 2015 by cutting costs and selling assets, but energy and capacity prices have yet to rebound.

By 2016, however, FirstEnergy decided to get out of the competitive generation business altogether. Even then, the company warned that exiting the business could include a trip to bankruptcy court (Energywire, Nov. 7, 2016).

In court filings yesterday, the company listed cash on hand of about $560 million and total debts of about $3.8 billion. That includes $700 million of revolving credit from parent FirstEnergy and a $150 million revolving credit facility with Allegheny Energy Supply Co. LLC, of which $102 million is due today.

The company, now run by an independent management team and board, has strained to find policy support to prop up its coal and nuclear plants.

Prior to last week’s Department of Energy request, Akron, Ohio-based FirstEnergy lobbied for the Federal Energy Regulatory Commission to approve Perry’s proposal to guarantee profits for generators, such as coal and nuclear plants, that maintained a 90-day fuel supply, on grounds that having a stockpile of fuel available would bolster grid resilience.

But FERC rejected the plan, which was widely panned by consumer and environmental groups as well as other companies in the electric sector (Greenwire, Jan. 9).

FERC earlier turned away a program approved by the Public Utilities Commission of Ohio in 2016 that would have subsidized FirstEnergy’s Ohio plants on grounds they would stabilize consumer electricity rates in the state.

Since then, PUCO Chairman Asim Haque declared the utility commission is "out of the generating business" in Ohio, which deregulated its retail electricity market almost two decades ago.

In a statement yesterday, Haque said FirstEnergy Solutions’ bankruptcy was expected and wouldn’t affect electric reliability in the state. He also noted that PUCO has approved a three-year, $540 million program for parent FirstEnergy to ensure the financial health of the company’s distribution utilities (Energywire, Oct. 13, 2016).

That program is being appealed by environmental and consumer groups at the Ohio Supreme Court.

While last week’s request suggests FirstEnergy may view the Trump administration as the most likely party to rescue its struggling generation fleet, the company isn’t giving up lobbying efforts in its home state.

The Ohio Legislature is in the midst of a two-week spring break, and it has been focused on other energy policy priorities so far this spring. But all signs suggest the company will keep the pressure on Ohio lawmakers to step up and save the Perry and Davis-Besse plants.

FirstEnergy Solutions last week filed deactivation notices with grid operator PJM Interconnection for all three of its nuclear plants, including the Beaver Valley plant in Pennsylvania. The company said the plants would shut down by 2021 absent changes that allow the reactors to run profitably.

In making the announcement, which can be withdrawn at any time, Don Moul, the company’s chief nuclear officer, said, "We stand ready to roll up our sleeves and work with policy makers to find solutions that will make it feasible to continue to operate these plants in the future."

Paul Patterson, an analyst at Glenrock Associates LLC, said FirstEnergy Solutions is predictably trying to salvage whatever value it can from its power plant fleet, the value of which has been reduced by hundreds of millions of dollars over the past two years.

"It behooves the operator of these assets to enhance the value of them whether they end up owning them going forward or not," Patterson said.

Opponents of legislation, too, know the debate over nuclear subsidies in Ohio as far from over.

Trish Demeter, vice president of energy policy for the Ohio Environmental Council, said the deactivation notice to PJM and bankruptcy will only drive home the reality that the plants could be shut down within three years.

"The lawmakers that represent those districts where the plants are located are going to feel a lot of pressure and urgency to do something," she said.

A political year in Ohio

Still, there are political obstacles in the way of legislation authorizing nuclear subsidies. Among them, lawmakers are also being asked to pass a bill that would prop up two aging coal plants that are jointly owned by a group of utilities.

It would be problematic for legislators to justify giving aid to the nuclear plants but not the coal plants.

Meanwhile, some Republican members of the Ohio Legislature are philosophically opposed to subsidies.

Add to it the fact that it’s an election year in Ohio, which will choose a new governor to replace the term-limited Gov. John Kasich (R), who last year stated opposition to subsidizing the FirstEnergy Solutions nuclear plants.

In fact, it’s already been a year since FirstEnergy began pushing for legislation that would create a zero-emissions nuclear program similar to measures adopted in Illinois and New York, and bills have failed to emerge from committees in the House and Senate.

Howard Learner, executive director of the Chicago-based Environmental Law & Policy Center, said in an interview yesterday that consumers and taxpayers shouldn’t be forced to pay for the company’s decisions to continue operating money-losing power plants.

"FirstEnergy subsidiaries are filing for bankruptcy as a result of misguided business decisions by the company’s executives," Learner said.

It’s a view echoed by a long list of consumer and environmental groups and rival generators, which pushed back against last week’s request to DOE. Many of the same groups appeared before legislative committees in Ohio to oppose the nuclear legislation.

Still, sponsors of bills in Columbus aren’t giving up. State Sen. John Eklund, a Republican sponsor of a bill in the Ohio Senate that would provide subsidies to the Ohio nuclear plants, called on supporters to "redouble efforts."

"I have been straining for over two years to get our General Assembly, our governor and his administration and federal authorities to recognize, and take action to support, the environmental, strategic and energy system resilience impact that these facilities provide," he said in a statement.