Fish and Wildlife enters tricky habitat in the new year 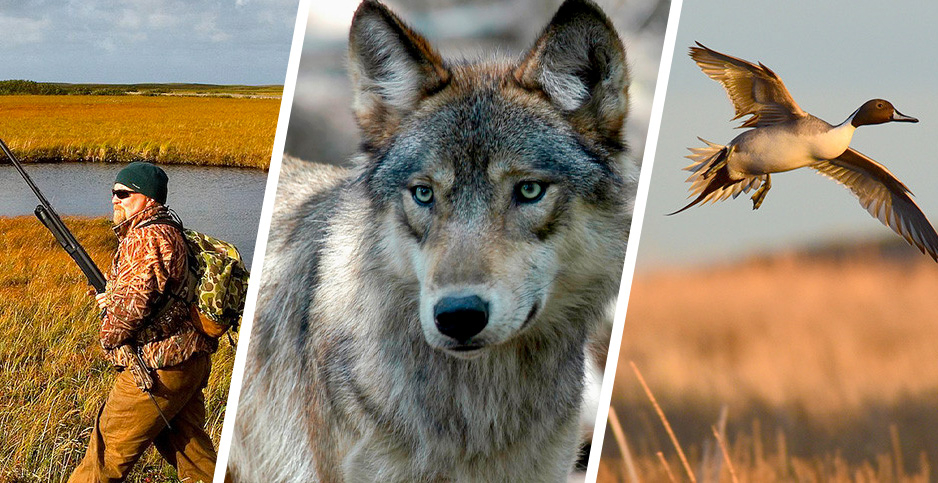 The Fish and Wildlife Service is poised to have a big year in 2022, with consequences for endangered species, migratory birds and, just possibly, the Biden administration’s own political standing.

Even as former Montana state official and law professor Martha Williams awaits Senate confirmation to serve as agency director, she is overseeing in her role as top deputy an ambitious agenda that includes making key changes to how both the Endangered Species Act and Migratory Bird Treaty Act operate (Greenwire, Nov. 12, 2021).

Enhanced conservation may well result. So could serial litigation, administrative hassles and pushback in some bellwether states.

“The service will adhere to its underpinning of scientific integrity, and it will work collaboratively, leveraging the expertise of our many partners,” Williams told lawmakers in November.

The agency will be making decisions on dozens of current or potential endangered species in 2022. Some, like a call expected in May on whether to protect Alabama’s oblong rocksnail, will likely pass with hardly a ripple.

Others will command much more attention.

By around next September, for instance, FWS is expected to complete a 12-month assessment of whether to restore ESA protections for gray wolf populations in the western U.S., inspired in large part by changes to state hunting regulations in several Republican-led states that have made it easier for property owners and hunters to kill and trap wolves (Greenwire, Sept. 16, 2021).

Concerns about whether hunting is significantly reducing wolf populations received renewed attention last week, as officials at Yellowstone National Park noted that 20 park wolves have been shot by hunters after roaming onto private property — the most killed by hunters in a season since the animals were reintroduced there (E&E News PM, Jan. 7).

Whichever way the agency moves, it will incite strong reactions.

Nine Republican House members are backing a bill that declares the ESA “does not apply to the gray wolf” in Wisconsin, Michigan, Minnesota and Wyoming. From the other side, 78 lawmakers have called for emergency restoration of the gray wolf’s ESA protections that had been removed under the Trump administration.

Gray wolves in the northern Rocky Mountains, including Montana, Idaho, and eastern portions of Oregon and Washington state, were delisted in 2009. The broader delisting for the Lower 48 was made final last year and took effect Jan. 4 (E&E News PM, Feb. 1, 2021).

The agency will also face intense scrutiny as it decides whether to reduce ESA protections for charismatic species including the key deer, whooping crane and the Florida panther. Environmentalists have already put the agency on notice.

“It’s a gut punch that the Fish and Wildlife Service is seeking to weaken protections for whooping cranes and key deer, when both species’ homes could be underwater in decades,” said Brett Hartl, government affairs director at the Center for Biological Diversity.

Hartl added in a statement that “it’s appalling that the Fish and Wildlife Service is even considering moving forward with a Trump-era plan to reduce protections for the Florida panther just to enrich special interest real-estate developers.”

Some lesser-known species, too, could draw attention for the scale of their ESA protections. In October, for instance, FWS is set to decide on designating 1.4 million acres of critical habitat for the Pacific marten in California and Oregon.

Sometime around September, the very thing the ESA is designed to prevent will get attention when the agency is set to finalize the delisting of the ivory-billed woodpecker, Little Mariana fruit bat and 21 other species on the grounds of extinction. But even that could get complicated, as complaints that FWS is acting too hastily in the case of the ivory-billed woodpecker have prompted a hearing later this month to hear from proponents who believe enough evidence exists that the revered bird is not actually extinct (Greenwire, Jan. 10).

More broadly, FWS will be finishing regulations that will shape the listing of future species in the designation of critical habitat.

Williams is herself a hunting and fishing aficionado, which puts her on some common ground with certain users of the nation’s wildlife refuges.

But while the Trump administration loudly cultivated good relations with the hook-and-bullet crowd, the Biden administration faces some skepticism. Safari Club International, for one, says it will be watching closely whether Williams will “work to maintain or increase access for sportsmen across the country.”

One test will come in about April, when FWS is set to propose its annual update to the refuge-specific hunting and sport fishing regulations.

“Hunters and anglers are some of our most ardent conservationists, and they play an important role in ensuring the future of diverse and healthy wildlife populations,” Williams said in May.

Thousands of public commenters have already weighed in on the Fish and Wildlife Service’s solicitation of feedback on a proposal to allow "incidental taking or killing of migratory birds” through a new, yet-to-be-designed permit system.

The debate will significantly escalate once the agency starts formal rulemaking, completing the reversal of a Trump administration regulation that limited the scope of the MBTA to cover only intentional killing of birds.

The 1918 law prohibits the unauthorized taking of more than 1,000 species of migratory birds. "Take" is broadly defined to include hunting, shooting, trapping and the like; it also extends now to cover accidental harm.

“Our next step will be to create a commonsense approach to regulating the incidental take of migratory birds that works to both conserve birds and provide regulatory certainty to industry and stakeholders,” Assistant Secretary for Fish and Wildlife and Parks Shannon Estenoz said in September (Greenwire, Sept. 29, 2021).

A permitting system potentially would allow companies to accidentally harm or kill birds, but only if they also take steps to mitigate harm. FWS is considering ideas like issuing general permits for certain activity types.

For example, a general permit could be authorized through a registration system. An entity would register, pay a required fee and agree to abide by general conditions. Certain industries might have their own specific general permit with conditions tailored to that industry.

The environmental review for general permits would be a collective review of the system, not a separate review for each individual permit authorization. Projects that do not meet the criteria for a general permit might need to seek a specific permit.