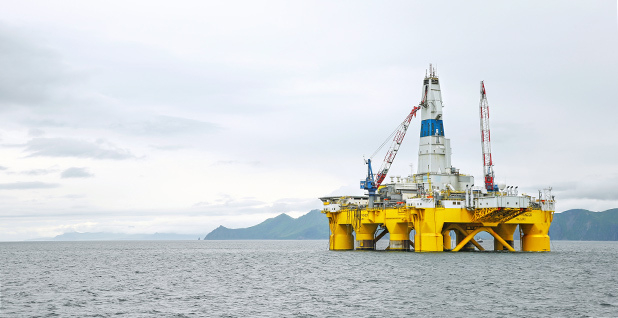 Late this month, as Royal Dutch Shell PLC begins to wrap up its controversial Arctic drilling operation, company officials are expected to let the world know whether they’ve discovered crude at their Chukchi Sea leases.

The Anglo-Dutch oil giant is hoping its seven-year, $7 billion gamble will pay off with the discovery of world-class oil reserves. If Shell sees promise in its Arctic find, the company will immediately gear up for a second drilling season in 2016.

Ultimately, however, the long-term future of U.S. Arctic oil and gas development lies in the hands of the Interior Department’s Bureau of Safety and Environmental Enforcement (BSEE).

Regardless of whether the company finds a mother lode of oil or a dry hole, Shell’s Chukchi Sea leases are due to expire in a scant five years unless regulators extend the lease deadline or the company begins producing hydrocarbons at the site.

Shell officials say five years isn’t enough time to fully explore their Arctic leases, build the pricey infrastructure needed to carry the crude to market and then begin oil production. Shell CEO Ben van Beurden told reporters this summer that the company wouldn’t start Chukchi production until 2030 — a decade after the company’s oil leases are due to lapse.

So far, only Shell has moved forward with Arctic drilling. Both ConocoPhillips and Statoil had considered Chukchi exploration but bowed out after Shell’s unsuccessful 2012 drilling season. That effort, which included drilling operations in both the Chukchi and Beaufort seas, was marred by equipment failures and environmental violations and ended in the grounding of the company’s Kulluk drill rig.

While the clock counts down on Shell’s Chukchi leases, Interior Secretary Sally Jewell has been holding her cards close to her chest.

Alaska Republican Sen. Lisa Murkowski said in an interview that the administration doesn’t plan to issue a verdict on the lease extension requests until Shell’s summer drilling operation ends.

"What I believe you have happening is a secretary who is not willing to commit to a discussion about the lease extensions until Shell safely executes the season," said Murkowski, who chairs the Senate Energy and Natural Resources Committee.

Murkowski warns that further regulatory delays could cripple Arctic oil development in the United States. "In honesty, I don’t know that Shell or the others can wait for another year," she said.

"You’ve got decisions that need to be made by your board about whether or not you go forward. And you cannot move if your leases are set to expire. You need the assurance that they’re going to be renewed, because that’s a big high-risk decision."

To give the oil companies more time, Murkowski has introduced legislation allowing federal regulators to extend Arctic leases to up to 20 years, twice the current maximum of 10 years.

That provision is part of Murkowski’s energy package, which would lift the 40-year-old U.S. ban on crude exports (E&E Daily, July 31).

Meanwhile, opponents of Arctic oil development are fighting Murkowski’s legislation and lobbying the Interior Department to stick to its current deadline for developing the Arctic leases.

In a July letter to the Senate, a coalition of state and national environmental groups insisted that Shell and other international oil companies knew about the risks and delays of drilling in the remote Arctic waters when they bid on their Beaufort and Chukchi leases.

The letter, signed by Oceana, the Wilderness Society, the Sierra Club, Greenpeace and 15 other groups, asserts that a lease extension "would be a blatant giveaway of taxpayer dollars … and would set a dangerous precedent encouraging risky development despite safety and environmental concerns."

"Shell simply ignores the fact that much of the delay in development of Arctic leases was due to its own lack of preparedness and technical failure," the coalition said.

Michael LeVine, Pacific senior counsel for Oceana, agreed that regulators may decide to extend the lease terms when they revamp the drilling regulations for future Arctic oil exploration projects.

"But that doesn’t mean the current leases should be changed," he insisted.

Shell’s 2015 Arctic drilling season has hit its share of bumps, though nothing like the brick walls that plagued the company’s 2012 effort.

In early July, the company’s icebreaker MSV Fennica suffered a long gouge along the side of its hull while sailing in uncharted waters near Dutch Harbor.

To repair the icebreaker, Shell send the vessel to Portland, Ore., where environmental protesters dangled from ropes under a bridge, delaying the Fennica’s exit from the harbor.

This year’s operation began in late July, when the Obama administration cleared the way for Shell to sink a top hole at the company’s Chukchi Sea leases, but not into the potential oil-bearing zone on the site.

To take that critical step, Shell was required to bring the Fennica to the drill site. The icebreaker is a critical part of Shell’s drilling operation because it carries the oil spill containment equipment mandated by federal regulators.

On Aug. 17, the Fennica was in place and BSEE gave the company the green light to begin drilling into the oil resources at its Burger prospect in the Chukchi Sea (E&ENews PM, Aug. 17).

Under the terms of Shell’s federal drilling permit, the company has only six weeks to drill into the oil-rich rock at the site.

The Interior Department didn’t allow Shell’s oil armada to sail north of the Bering Strait until July 1. And the company must pull out of the oil zone by Sept. 28. All rigs and support vessels must clear out of the region by late October.

The deadlines are designed to give Shell time to drill a relief well should an oil spill emergency occur at the end of its drilling operations.

As Shell’s drilling operation quietly continues, five other international oil giants and an industry partnership are on the sidelines closely watching for any hint of Shell’s findings.

The companies were the successful bidders in a raucous 2008 Chukchi Sea lease sale that earned the government $2.6 billion for 448 tracts of land. Shell alone spent $2.1 billion for its leases, including a record-breaking $105.3 million for one 3-by-3-mile area.

Even before the Interior Department auctioned the Chukchi leases, the Arctic drilling program came under fire from environmentalists who flooded the courts with lawsuits seeking to stop the exploration projects.

Twice the federal courts ordered Interior to rewrite portions of the environmental impact statement used to back up the government’s 2008 lease sale. Forced to go back to the drawing board on the environmental review, federal regulators also suspended the timelines for the leases.

The deadline is even tighter for the offshore Beaufort Sea oil and gas leases that Interior sold in 2003 and 2005. Those prospects lapse in 2017.

The vast majority of Beaufort leases are owned by Shell, with the other leases controlled by an industry coalition made up of Shell, ENI Petroleum and Repsol, and a separate partnership between ENI and Repsol.

Shell had sought to explore on its Beaufort and Chukchi leases during the company’s unsuccessful 2012 drilling season but was never permitted to drill into the oil-rich zone in the region.

This summer, the company limited its scope to the potentially more promising Chukchi oil fields in Alaska’s frigid Arctic waters.

Calls to stop the clock

In November 2013, ConocoPhillips argued that the Interior Department should suspend the clock while regulators craft the first-ever standards for Arctic offshore oil and gas development.

Arguing that the government was changing the ground rules in the middle of the company’s lease term, ConocoPhillips said it would be "unable to proceed with planning and executing its Chukchi Sea strategy" until federal drilling regulations are completed.

"Further, after the new regulations are finalized, ConocoPhillips will need time to analyze and adapt its planning and engineering to the new standards," the petition argued.

Four months later, regulators denied ConocoPhillips’ request, and the company appealed the decision. The two sides are still in talks over a settlement.

In July 2014, both Shell and Statoil sent separate requests asking BSEE for more time to develop their leases. The Obama administration has not formally responded to those letters.

Shell said it needs more time because of the uncertainties and delays caused by the string of environmental legal challenges filed against the Interior Department. The company also accused regulators of imposing "unexpected and unprecedented" limits on the amount of time Shell could drill into the reservoir zone each summer.

"Circumstances Shell could not have anticipated at the time it acquired its leases significantly impede Shell’s utilization of its lease rights," the company stated in its petition.

Meanwhile, Statoil asked federal regulators to stop the clock for its 10-year leases during the nine months each year when no drilling is permitted in the Arctic. That approach would stretch the 10-year leases to 30 years.

Copies of those requests were obtained by the environmental group Oceana through a Freedom of Information Act request (EnergyWire, Oct. 28, 2014).

The companies’ demands for more time were backed by a March report by the National Petroleum Council. That report, requested by the Energy Department, compared the truncated Arctic drilling season to the year-round oil exploration available in the Gulf of Mexico.

"Given the severe limitations on the length of the useful annual exploration season, the greater time required for Arctic exploration programs, and the extremely high costs of drilling in remote, icy Arctic conditions, the current 10-year lease term is inadequate to support developing" Alaska’s offshore oil, the report said.

While the debate continues over extending the timeline for BSEE’s Arctic leases, federal regulators are also pondering whether to open the Chukchi Sea to a new round of oil and gas lease sales.

Another round of Arctic lease sales was also included in the White House’s proposed leasing plan for 2017-22.

Released in January, that five-year proposal would permit "targeted leasing," allowing some Arctic development but banning drilling on nearly 10 million acres of the Beaufort and Chukchi seas.

Alaska oil industry officials suggest that if Shell’s summer drilling program is successful, Chukchi lease sales could be hot properties in future lease sales. "It could be Katie-bar-the-door time," said one industry observer.

But questions remain concerning the Obama administration’s willingness to offer leases at a time when oil prices are low and the 2016 presidential election is on the horizon.

For the immediate future, however, the fate of American Arctic drilling now rests with a single Shell drill rig exploring for oil in 140 feet of water, 70 miles northwest of the Alaskan village of Wainwright.