Fla. could get billions from legislation DeSantis opposed 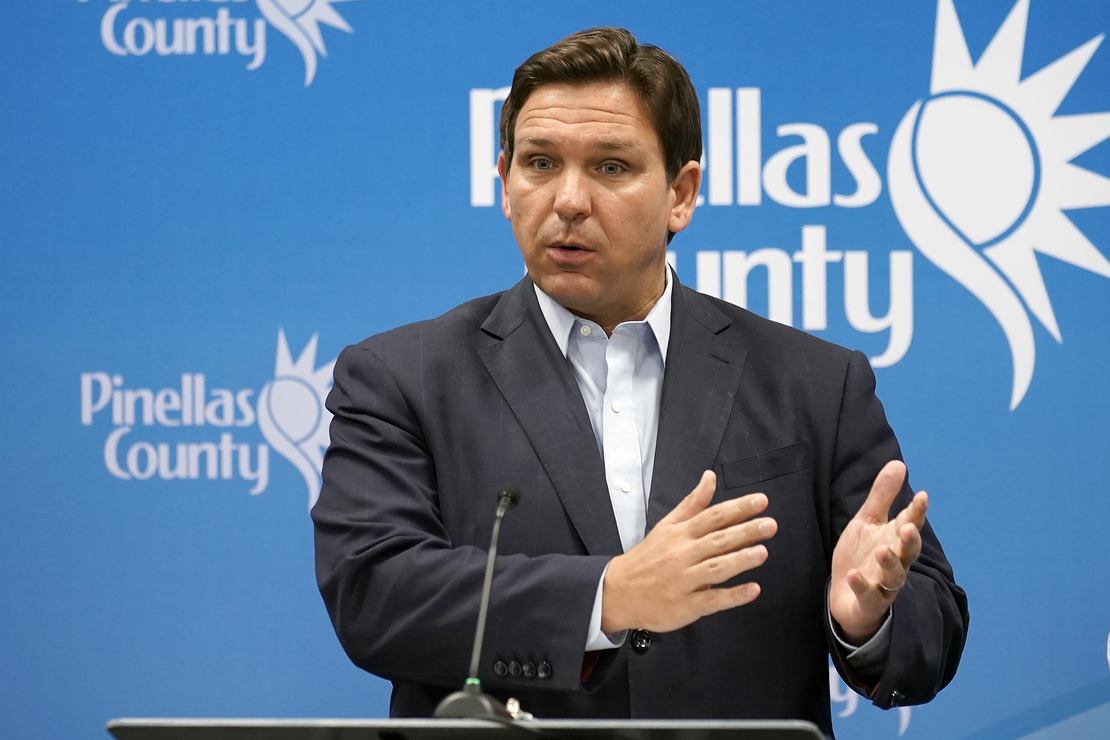 He was new to Congress and eager to establish himself as a budget hawk. Ron DeSantis saw the perfect opportunity on Jan. 4, 2013.

One day after taking office, the Republican congressman voted against a bill to help homeowners recover from Superstorm Sandy, calling the measure fiscally irresponsible.

The legislation passed anyway — and it now stands to help Florida and DeSantis, the state’s governor, by providing billions of dollars to help rebuild homes that were damaged last week by Hurricane Ian.

But the criticism that has been directed at DeSantis by Democrats — who accuse him of hypocrisy for seeking federal help after Ian — misses the point of his 2013 vote.

It wasn’t actually about disaster aid. It was on flood insurance.

If DeSantis had prevailed nine years ago, Florida residents today might be unable to collect flood insurance claims worth several billion dollars.

Covering just 109 words, the measure aimed to guarantee that people who had flood insurance through the federal government could collect their claims.

The legislation accomplished this with one sentence that increased the amount of money that the federal flood insurance program could borrow from federal taxpayers. The borrowing limit jumped to $30.4 billion from $20.8 billion.

The increase was needed because Superstorm Sandy — one of the most destructive natural disasters in U.S. history — threatened to bankrupt the National Flood Insurance Program by draining its reserves and exhausting its capacity to borrow from the U.S. Treasury.

The NFIP, run by the Federal Emergency Management Agency, provides most of the nation’s flood insurance and today covers about 1.6 million properties in Florida. The program frequently borrows from taxpayers after major floods generate claims that exceed the reserves it accumulates from insurance premiums.

“You can’t pay what you don’t have,” Craig Fugate, FEMA administrator from 2009 to 2017, said in an interview Monday.

DeSantis was one of 67 House Republicans who opposed the so-called debt-ceiling increase. DeSantis said at the time that increasing the flood program’s borrowing authority “with no plan to offset the spending with cuts elsewhere is not fiscally responsible,” according to news reports.

“If a family maxes out its credit cards and faces the need for new spending, it is forced to prioritize by reducing its spending in other areas,” DeSantis added in a statement at the time.

The increase in the flood program’s debt ceiling helped it borrow enough money to pay 145,000 insurance claims worth nearly $9 billion arising from Superstorm Sandy, FEMA records show. Most claims were on properties in New York and New Jersey.

The increase also helped the flood program pay 92,000 insurance claims worth $9 billion after Hurricane Harvey caused massive flooding in southeastern Texas in 2017. (Hurricane Maria, which demolished Puerto Rico in 2017, generated only $41 million in flood claims because so few residents there have federal coverage.)

The flood program has used $20.5 billion of its borrowing capacity of $30.4 billion. That means it can borrow $9.9 billion.

Now add the money it has on reserve — $7.9 billion — and the flood program can pay up to $17.8 billion in flood claims, according to FEMA’s latest quarterly report on NFIP finances. That’s not nearly enough to pay a worst-case scenario of $45 billion in losses in a single year, according to the FEMA report.

“Despite these resources, the NFIP remains at risk of insolvency,” the FEMA report states.

But if Congress had not raised the borrowing authority in 2013 — and left the debt ceiling at $20.8 billion as DeSantis wanted — the flood program would be able to borrow only $300 million today. That would mean a claims-paying capacity of just $8.2 billion.

The $8.2 billion would have to pay claims not just from Hurricane Ian but from other floods that have occurred since March 31, including Hurricane Fiona in Puerto Rico, record flooding in Missouri and Kentucky in July and smaller spring floods in Minnesota and North Dakota.

Nobody knows how many flood claims Ian will generate. Analysts have estimated property damage at between $30 billion and $75 billion.

DeSantis suggested last week that the damage was mostly due to flooding and not wind, which would be covered by standard homeowners’ insurance policies, rather than the federal government.

But those hurricanes occurred in states where only a small number of people have federal flood insurance, which helped minimize the number of claims

Florida has nearly five times as many federal flood policies as New York and New Jersey combined, or about 1.6 million policies, according to FEMA records. That’s the second-highest rate of flood coverage in the United States, second only to Louisiana, according to FEMA.

What would happen if the federal flood program drained its reserves and exhausted its borrowing capacity?

Fugate, the former FEMA administrator, said the agency would probably stop spending funds on items such as updated flood maps and flood-mitigation grants and use all the money to pay claims.

It would also probably result in federal flood claims being paid more slowly, Fugate said, as FEMA waited to collect premiums that it could use to pay claims resulting from Ian and other disasters.

R.J. Lehmann, an expert on flood insurance at the International Center for Law & Economics, said that if the National Flood Insurance Program ran out of money, policyholders “would get in line and wait for some form of authority” from Congress to borrow money or forgive the $20.5 billion debt.

“They would have no capacity to pay any claims at that point,” Lehmann said. “It is possible the NFIP could default on its obligation to its policyholders.”

Both Lehmann and Fugate said they doubted Congress would let the program run out of money. They said lawmakers would probably increase its borrowing capacity by either forgiving the $20.5 billion debt or by enacting legislation similar to the bill DeSantis opposed in January 2013 — to increase its borrowing authority.

“Congress has yet not to come through and fund the NFIP,” Fugate said. “It can be a very noisy process, and everybody’s got different points of view. But ultimately as a body, they get the work done.”