Fla. lawmakers at odds with Army Corps over $1.8B reservoir 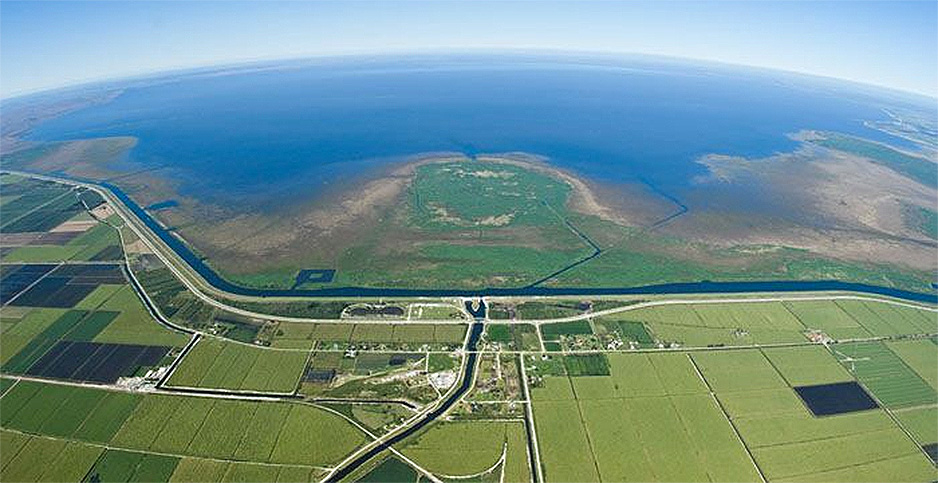 Florida lawmakers are squaring off with the Army Corps of Engineers over the agency’s handling of a major reservoir project aimed at boosting water supplies for the Everglades and keeping filthy discharges out of estuaries.

R.D. James, the Army’s assistant secretary for civil works, announced his decision to maintain the designation for the EAA reservoir during a call with Mast on Friday, according to Mast’s chief of staff, Brad Stewart.

The $1.8 billion reservoir, for which work has begun, is critical to preventing toxic algal blooms on the state’s east and west coasts that are fueled by discharge of overfertilized water from Lake Okeechobee into the Caloosahatchee River and the Indian River Lagoon when heavy rains threaten to push the lake to flood stages.

The reservoir would store 240,000 acre-feet of water and send about 370,000 acre-feet of water into the Everglades, passing through man-made marshes and restored wetlands that would help soak up nutrients in the discharges. An acre-foot is the volume of water covering an acre at a depth of a foot, about 326,000 gallons (Greenwire, March 27, 2018).

Rubio, Mast and Rooney said the reservoir will now likely be delayed because the corps designated it "new start" instead of recognizing it as part of the ongoing Central Everglades Planning Project, which Congress approved in 2016. A spending bill that passed Congress last year for fiscal 2020 included $200 million for Everglades restoration that the corps could have used for the reservoir had it not been classified as a separate project, Stewart said.

The lawmakers in a statement accused the corps of "ignoring Congressional intent, which will delay construction of the project by at least a year."

They also emphasized that the reservoir has the backing of President Trump and that work on the project has accelerated under Gov. Ron DeSantis (R).

The environment is the third rail of Florida politics. While the state’s congressional delegation battles along party lines on most issues, lawmakers come together to fight for Everglades restoration funding or against offshore drilling. The reservoir has bipartisan support.

"We will continue to do everything in our power to force the Army Corps to follow Congress’ directive that the EAA Reservoir be completed ASAP," the three Republicans wrote.

"Anything less is an affront to the vision and great work laid out by the Trump Administration to finish projects ahead of schedule and under budget, and to our shared goal of protecting and restoring our state’s most precious natural treasure."

When asked about the political blowback, Army Corps spokesman John Campbell pointed to the legislative text of WRDA 2018 and said it makes no mention of 2016 authorizing language for the Central Everglades Planning Project.

Without that language in WRDA, Campbell said in an email, the corps must treat the reservoir as a new project needing a designation and approved funding from Congress.

"Whether this was by design or an oversight is unknown," he said. "The result is the EAA Reservoir was authorized as a stand-alone [Comprehensive Everglades Restoration Plan] project, and thus would be subject to the ‘new start’ guidance Congress includes in its appropriations bills."

Campbell added that Congress’ annual appropriations bills direct the corps on the types of projects it can consider for "new starts" with additional funds.

He also pushed back on assertions the reservoir will be delayed.

"We have publicly stated the project could be finished by 2028," he said. "We still believe that to be the case and don’t anticipate this will delay the project."

Focus on the Hill

The Everglades continues to be a flashpoint as lawmakers work on spending and infrastructure bills. Members are also at odds over management of Lake Okeechobee (E&E Daily, May 7).

While the project wasn’t mentioned in WRDA legislation that passed out of the Senate Environment and Public Works Committee earlier this month, Democrats on the House Transportation and Infrastructure Committee say it’s on their radar as they craft companion legislation (Greenwire, May 6).

"Our committee has received letters detailing WRDA 2020 priorities from a wide array of House members, on both sides of the aisle," said Bayley Sandy, a spokeswoman for the committee’s Democratic majority.

"We’re familiar with the issues surrounding the Everglades Agricultural Area project, and we’re working with the corps, with the House Appropriations Committee and the Florida delegation to ensure construction begins as soon as possible," she said.

But until there’s a legislative solution, disagreement reigns on how the reservoir should be classified and funded.

Critics of the Army Corps’ designation maintain that the reservoir was linked to the Central Everglades Planning Project in WRDA 2018 through a process known as a "post-authorization change report."

They say such changes are routine and question why the corps is now designating the project as separate. The agency did not immediately respond when asked about the report.

Critics of the corps’ handling of the matter say the agency is permitted to move ahead with only one or two new start designations per year nationwide, and there is tremendous competition for limited funds.

The nonprofit Everglades Foundation in a release said it’s working with the DeSantis administration and the Florida congressional delegation to reverse the corps’ "erroneous designation" of the reservoir as a new start project.

"The people of Florida have been waiting for Everglades restoration for decades," he continued. "Slapping a bureaucratic label onto this project to delay its construction flies in the face of the momentum that Congress and President Trump have built for the Everglades, and it offends our intelligence. This project needs to start now."

Said Julie Hill-Gabriel, vice president for water conservation at the National Audubon Society, "It is just painful to see another unnecessary hurdle put in its way."