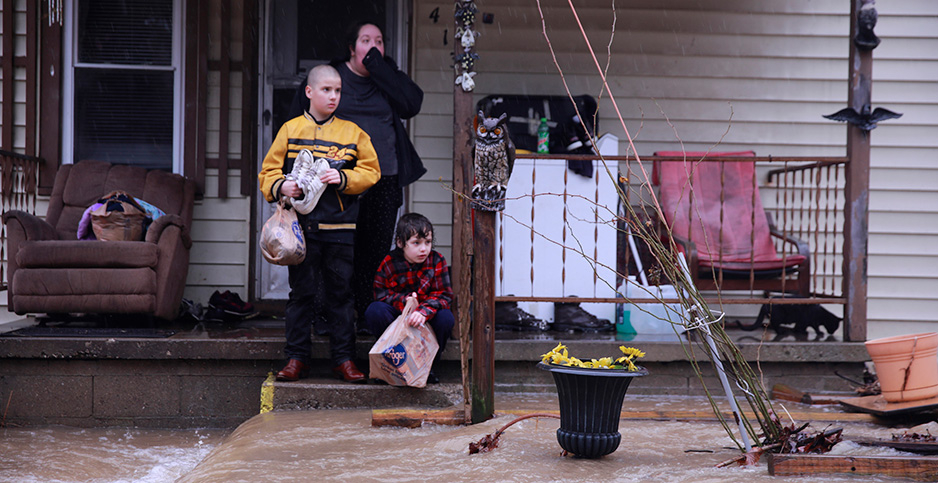 A federal advisory panel that’s supposed to provide scientific information to the National Flood Insurance Program is entering a five-month work stoppage, even as property losses mount against the backdrop of severe inundation related to climate change.

The Technical Mapping Advisory Council, or TMAC, is composed of 20 experts tapped by the FEMA administrator to answer complex questions about flood dynamics and flood risk in areas across the United States that are experiencing higher temperatures.

Created by Congress in 2012, TMAC’s specific charge is to "ensure that flood insurance rate maps (FIRMs) reflect the best available science and are based on the best available methodologies for considering the impact of future development on flood risk."

Its findings have direct implications for NFIP, the federal insurance program meant to protect private properties from catastrophic flood losses. Today, NFIP has nearly 5.1 million policyholders and is more than $20 billion in debt, a crisis brought on by unprecedented payouts since Hurricane Katrina in 2005.

Congressional leaders and a broad spectrum of interest groups — ranging from environmental organizations to free-market think tanks and insurance industry trade groups — say the program needs sweeping reforms to set it on a firmer financial footing.

That task could be a lot harder with FEMA’s top experts sitting on the sidelines.

A FEMA spokesperson told E&E News last week that only four of TMAC’s members have passed required screenings by the White House and the Department of Homeland Security. "The remaining members are currently pending appointment clearances. As a result … the TMAC does not have [a] quorum and cannot continue work," the FEMA official said.

Among the individuals awaiting White House clearance is TMAC’s chairman, Jeffrey Sparrow, a professional engineer and certified floodplain manager with Moffatt & Nichol. "I was the chair for the past year, and if my appointment hadn’t lapsed, I would still be the chair," Sparrow said in a telephone interview.

"I think there is a level of frustration," Sparrow said about the work stoppage. "We have done good work; we’ve invested our time in doing this, but we’re not able to complete our work."

The two storms generated more than 9,000 NFIP claims, setting the program even deeper in debt after it processed tens of billions of dollars in claims after Hurricanes Harvey, Irma and Maria in 2017.

Meanwhile, answers to critical questions that could help FEMA update and improve its flood maps remain hidden in a working draft of a report — a document that hasn’t been touched since Sept. 30, according to current and former TMAC members.

"This is the weird thing; we were not done with our task," said Suzanne Jiwani, a floodplain mapping engineer with the Minnesota Department of Natural Resources who oversaw part of the council’s research plan for 2018. "I’m frankly surprised that they’ve held it for so long. It does feel like looking into a black hole."

Jiwani’s TMAC appointment ended last fall. She said she was asked to continue working as a subject area specialist for the council, but no one from FEMA has contacted her recently.

Among the key questions TMAC was studying last year was how to communicate uncertainty and precision around data models that determine flood zones without undermining public confidence in flood insurance maps. "We want people to still feel confident in their decisions about where to live, where to build and how to build," Sparrow said.

The council was also trying to find ways to better balance FEMA resources between upgrading existing flood maps and creating new maps for areas that have never been mapped but face growing flood risk.

Jiwani, who oversaw that part of the 2018 research effort, said TMAC looked carefully at rural areas where development had historically been too sparse to justify creating flood insurance maps. It also studied urban areas of less than a square mile, often in the heart of a city, that FEMA had not mapped because their drainage areas were too small.

"This is called pluvial flooding, and it can be quite damaging to these small areas, so we said that’s an issue that FEMA needs to look into," Jiwani said.

FEMA said it will take up those questions as soon as TMAC achieves a quorum of at least 11 members, and it can submit its final 2018 report to the FEMA administrator. Sparrow said a draft summary of the report, which is available on FEMA’s website, does not reflect the council’s final conclusions.

Previous TMAC reports dating to 2015 are available on the council’s website. They include a January 2016 "future conditions risk assessment" that advises FEMA on how to incorporate climate science into flood risk assessments and ensure the agency has the best available methodology for weighing the role of sea-level rise in future flood risk maps.

Sparrow said he’s confident that the council’s previous recommendations, including those published in annual reports filed for 2016 and 2017, have been taken seriously by FEMA.

"I’m certain these reports are not sitting on a shelf collecting dust," he said. "I know that FEMA staff are pushing this issue, and pushing it up the chain to bring more attention to it."

Meanwhile, the NFIP lives by temporary congressional authorizations — it has had 10 extensions since 2017 — while little progress has been made with regard to broader reforms for the program.