Florence met by defiance and climate skepticism at landfall 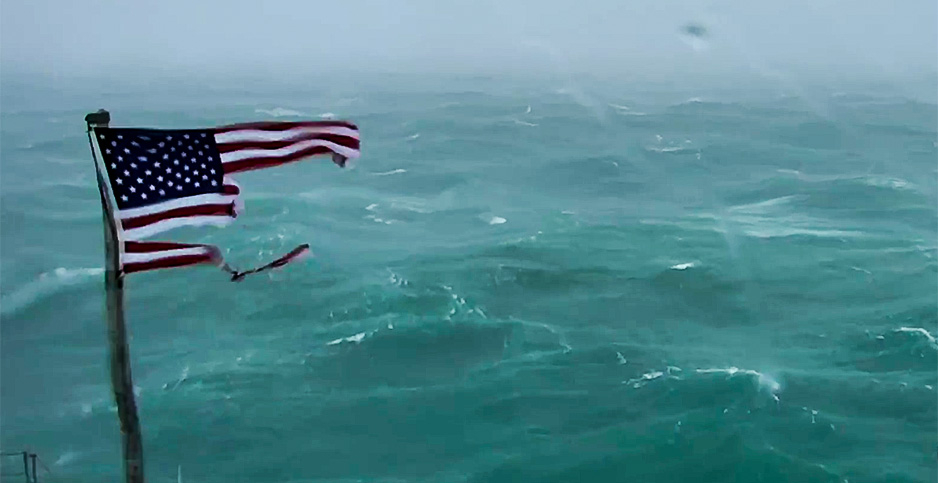 DeVane, a 42-year-old who wears his beard short and a pistol strapped to his right hip, has learned a few things from growing up on the Northeast Cape Fear River. He knows the water will probably swallow his riverfront treehouse over the weekend, along with several trailer homes nearby.

His home might wash away, too, if not for the thick wooden stilts holding it about 10 feet off the ground. They’re even higher than his flood insurance demands.

"It took a minute to get all the loans, because they didn’t want it so high. … They don’t know what I know," DeVane said.

That attitude — a mix of caution and confidence — was seen broadly among people preparing to shelter along the Carolina coast.

Authorities have warned that Hurricane Florence could bring historic floods. Few of the remaining residents believe it’ll be anything they haven’t seen before.

"There’s a lot of mixed feelings," said Alysha Carroll, whose family was the only one to stay in their trailer park. "This is actually the first time we’ve boarded up the windows."

Shelters in the coastal county of New Hanover are crowded. All the cots were claimed long ago, and only floor space remains. People sheltering in a middle school worried about going so long in a building without showers.

Meanwhile, many of the storefronts still had their glass doors and windows exposed. Instead of plywood, one business taped up cardboard. Some gas stations wrapped their pumps in cellophane; others were sheathed in plastic shopping bags.

Barrier islands like Wrightsville Beach have been evacuated, and police were stopping people before the bridges. A block away from the checkpoint, longtime residents walked their dogs and steered golf carts. One of them, Amy Spicuzza, said she planned to bake brownies and pumpkin bread.

"I think we’re going to be OK," said Spicuzza, who has lived along the Wilmington shoreline for 13 years, adding that she knows lots of people who decided to stay after Florence weakened from a Category 4 to a Category 2 hurricane. It was further downgraded to Category 1 early today.

People staying put worries the authorities, who have broadcast messages that people shouldn’t become complacent because the winds have slowed. Floods are expected to cause most of the damage, and the hurricane has been forecast to linger over the area for two days. Ambulances and fire trucks won’t be dispatched until winds drop below 45 mph.

Bo Baker, a former Marine who now owns a landscaping business, looked across the water to the evacuated Wrightsville Beach. He swept his hand over the barrier island’s homes and hotels.

"That’s all gone," he predicted.

Another homeowner on the Wilmington shoreline nodded to a flotilla of yachts still docked across the water, saying they could ignite into floating fireballs.

If residents knew conditions could become so dangerous, a reporter asked him, why hadn’t people taken more precautions? Why didn’t Wilmington look as battened down as Florida did last year before Hurricane Irma? The man suggested that’s because Florida is a suburb of New York.

Others suspected the media had exaggerated the storm’s danger to prod people out of harm’s way.

"Forty inches of rain, that sounds terrible," said Becky Mares, a 45-year-old who has lived in Rocky Point her whole life.

Standing in the rain, she glanced up and down the trailers and houses along her road. She had made the rounds on her four-wheeler earlier and found that most of her neighbors were staying, even though the river was already swelling.

That same dynamic held across the state. Gov. Roy Cooper (D) urged people to leave on government transports and said authorities were looking at opening "mega-shelters" to accommodate those who couldn’t afford hotels or stay with family.

"The challenge of affordable housing is great even without these storms," he said at a news conference. "When you look at inland flooding, the people who can afford it the least often get hit the most. And that’s one thing that’s concerning and frustrating about all of this."

Housing isn’t the only area where the storm will test state and federal agencies.

"There are several sites within the hundred-year floodplain," she said. "There needs to be acknowledgement from EPA that because of global warming, we have to get a handle on all these toxic sites, especially the ones along the coast."

An early assessment suggests human-driven climate change exacerbated Florence. Researchers from Stony Brook University forecast that rainfall would be 50 percent higher in some areas due to human-influenced climate change. They also found the storm would be broader and the intensity would linger longer.

Most people said they hadn’t heard much mention of climate change in the past week of hurricane coverage. Some weren’t surprised by it, though.

"It’ll wipe us off the map, I reckon," said Dianne Lee, a 73-year-old who was catching a few final hours of the Weather Channel before heading to a shelter.

Others brought it up unprompted — mainly to ridicule the idea.

"It’s nonsense. It’s politics, not science," said Scott Baker, a 53-year-old sitting outside a shelter. "They want us all to live in little, tiny homes waiting for the four hours of electricity we get from windmills."

Even though he said worse storms have been around for decades, Baker was quick to acknowledge the unusual amount of rain Wilmington has seen. The National Weather Service said the city could surpass its rain totals from last year before September ends.