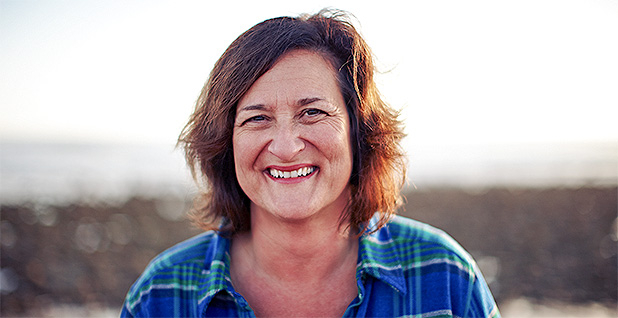 When most people think of Patagonia, they think of outdoor apparel and gear. Challenging the Trump administration doesn’t immediately come to mind.

CEO Rose Marcario wants to change that. The Italian-American, who spent 15 years in private equity, has helped the company launch high-profile attacks on the administration’s proposed rollbacks of public lands protections.

Under Marcario’s leadership, Patagonia has also been active in challenging the Dakota Access pipeline and other energy infrastructure projects.

The company’s activism is "not really a political issue so much as it is a moral issue," Marcario said in a recent interview.

I had a really good career by any measure. I was in finance and private equity, and I was CFO of a public company. But I got disillusioned with business. I felt like what business was doing to the planet and to people, in the end, wasn’t really good. So I went through sort of a midlife crisis, and then I heard about this opportunity at Patagonia. I came to work with Patagonia as the CFO in 2008.

Why did Patagonia start fighting the Trump administration’s rollbacks of public lands protections?

We’ve been in business for 44 years. We have been supporting the protection of public lands for over 30 years. And we had never seen an administration make such an all-out assault on public lands. This monument review undertaken by Secretary Zinke to reduce or negate monuments that were designated by three past presidents is something that we’ve never seen in our entire time working on these issues. So that got our attention. We’ve been proud to play a big part over the years in establishing a lot of these monuments. And we weren’t going to see them torn down without a fight.

Were you disheartened to learn of Zinke’s recommendation to shrink Bears Ears National Monument?

We really haven’t heard anything official yet. But it sounds like that’s the direction it’s going in. It is incredibly problematic and heart-wrenching for everyone who’s been involved in this issue. What I’m encouraged about, though, is that we have support from hikers and climbers and hunters and anglers. They’re with us all the way, as are the tribal leaders who are working in that area. We’ll continue to fight up to a lawsuit. So we’re working on that. We’re planning to file it, assuming that we get bad news.

Patagonia was involved in fighting the Dakota Access pipeline. What’s the next pipeline battle on the horizon?

We are still continuing to do everything we can to support grass-roots activism around the country that’s working on issues of oil and gas development that’s bad for people and the planet. But I think the biggest issue on the horizon right now is drilling in the Arctic refuge. It would be an American tragedy if it’s allowed to happen. It’s one of the last pristine landscapes in the country, and it’s also home to tribal nations that rely on the ecosystems there to live.

We’ve made some films about the area and the fight there to protect the refuge. And we’re working really closely with policymakers on the issue of protection in the refuge. We’re extremely concerned about these last wild places being destroyed by oil and gas, most of which is going to be exported to China anyway.

I don’t waste too much time on that, to be honest. I don’t really think about him as a person so much as I think about the policies that are going on. It really concerns me that there are people in America who don’t believe in climate science when we’ve been having the hottest years on record and the most intense storms. We just had two of the biggest wildfires in California’s history. And people are burying their heads in the sand along political lines, which I think is completely ridiculous. I don’t understand politicians who won’t come to terms with the facts that are right before our eyes.

I would say look around you. Look what’s happening in the world. Read. Get informed. And see that it’s already having a huge impact in places that aren’t in the United States, where sea-level rise and rising temperatures are creating climate refugees. Just get educated outside of whatever crazy bubble you’re in right now.

I came from Italian immigrants primarily. So my family is mostly sort of self-made people. I’m probably one of the few people in my family that has an advanced degree. But I feel really proud of being part of the immigrant experience in the United States and really proud to be an American. And my family really instilled that in me. And they also instilled in me the idea that you fight for things that are right, and you stay active in civil society, and you engage in making things better. I’m super grateful that I had that as my background and experience. It helped me a lot when I needed to do some difficult things in my role as CEO of Patagonia.

I love to sea kayak, and that is my fun, when I can get away to do it. There are great places along the central coast of California. There’s great kayaking right outside my door here in Ventura, Calif.

What’s something most people don’t know about you?

I would say most people don’t know that I was a very good champion-level chess player when I was in grade school.