For them, a coal plant bribery scandal is personal 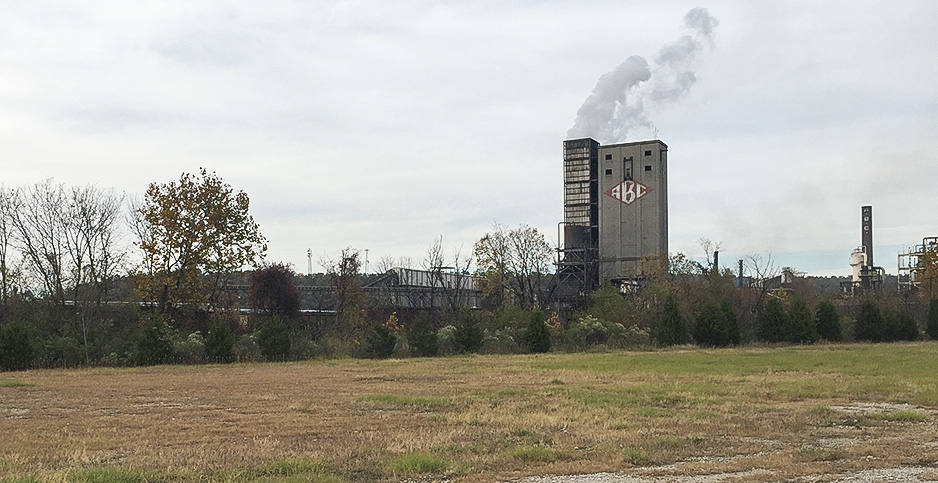 The ABC Coke plant in Birmingham, Ala., is at the center of a scandal that appears to have ensnared a senior EPA official. Sean Reilly/E&E News

"It’s definitely a race issue," she said last weekend, touching her dark brown arm for emphasis as several grandchildren played in her front yard, which has had contaminants removed. "Everybody treats this community bad."

Now, questions of unequal treatment are flaring again following a corruption scandal that ensnared a Drummond executive, a prominent attorney and Trey Glenn — who just stepped down as head of EPA’s Southeast regional office.

"This is a very serious issue, much more serious than it’s being treated," Dickerson said.

The plant at the center of the controversy, known as ABC Coke, has been a smoke-belching fixture of Birmingham’s landscape for a century.

In startling detail, however, the roughly three-week trial showed the degree to which Alabama politicians were willing to do the company’s bidding. Then-Gov. Robert Bentley (R), most of the state’s congressional delegation and a majority of state legislators went on record against the proposed NPL listing.

In an October 2014 letter, for example, six of Alabama’s seven House members voiced concern that the EPA proposal "is unsupported by reliable evidence and that it may undermine economic development in the area."

Campaign finance records show that all had previously received thousands of dollars in contributions from Drummond and Balch & Bingham. Spokespersons for the five did not reply to emailed questions this week asking whether those contributions played a part in their respective decisions to take up Drummond’s cause.

The lawmaker who didn’t sign the letter was Rep. Terri Sewell (D), the delegation’s sole black member. A Sewell spokesman also did not respond to an email asking why she did not sign on.

‘It would just rain soot’

"If we can put a man on the moon," she asked, "why the devil can’t we do something about these emissions?"

Of the people living in Collegeville’s ZIP code, about 90 percent are black and almost half live below the poverty line, according to U.S. Census estimates. Although Starks’ relatively new home is handsome and immaculately furnished, the neighborhood is studded with vacant lots and sagging houses. Children are scarce, she said.

As elsewhere in Birmingham, air quality was abysmal before the passage of pollution control laws. "Man, in the evening time, it would just rain soot and stuff down on your car," said Charlie Powell, a former resident who now heads People Against Neighborhood Industrial Contamination (PANIC), an advocacy group that’s seeking government help to buy out any homeowner who wants to leave. "You’d have to wash it every day."

Under EPA’s hazard ranking system, an area must score at least 28.5 to qualify for inclusion on the National Priorities List. The Birmingham site merited a 50, the agency said in making the 2014 proposal.

James Pinkney, a spokesman for EPA’s Southeast regional office, didn’t dismiss those concerns. However, the majority of contamination found so far comes from "fill dirt" brought in by neighboring industries, Pinkney said in an interview.

EPA press aides in Washington, D.C., didn’t reply yesterday to emailed inquiries about the current status of the NPL proposal or the 2015 civil rights complaint.

The anger unleashed by the Drummond scandal was on sometimes raucous display Thursday at a public hearing on the Jefferson County Department of Health’s bid to renew the ABC Coke plant’s air permit with no changes.

"It is clear that there are parts of this city that are disproportionately affected by emissions from industry plants," said the Rev. Jennifer Sanders, a white minister. "If this is acceptable, why is there no ABC Coke in Mountain Brook?" Sanders asked, referring to a virtually all-white Birmingham suburb that ranks among Alabama’s wealthiest areas.

Parrish, down with the flu, didn’t attend the hearing.

Later, she questioned what more anyone could do. "It’s almost like a Band-Aid’s been put on everything," she said, "and it’s still bleeding."