Ford polishes Rust Belt base with both EVs and gas cars 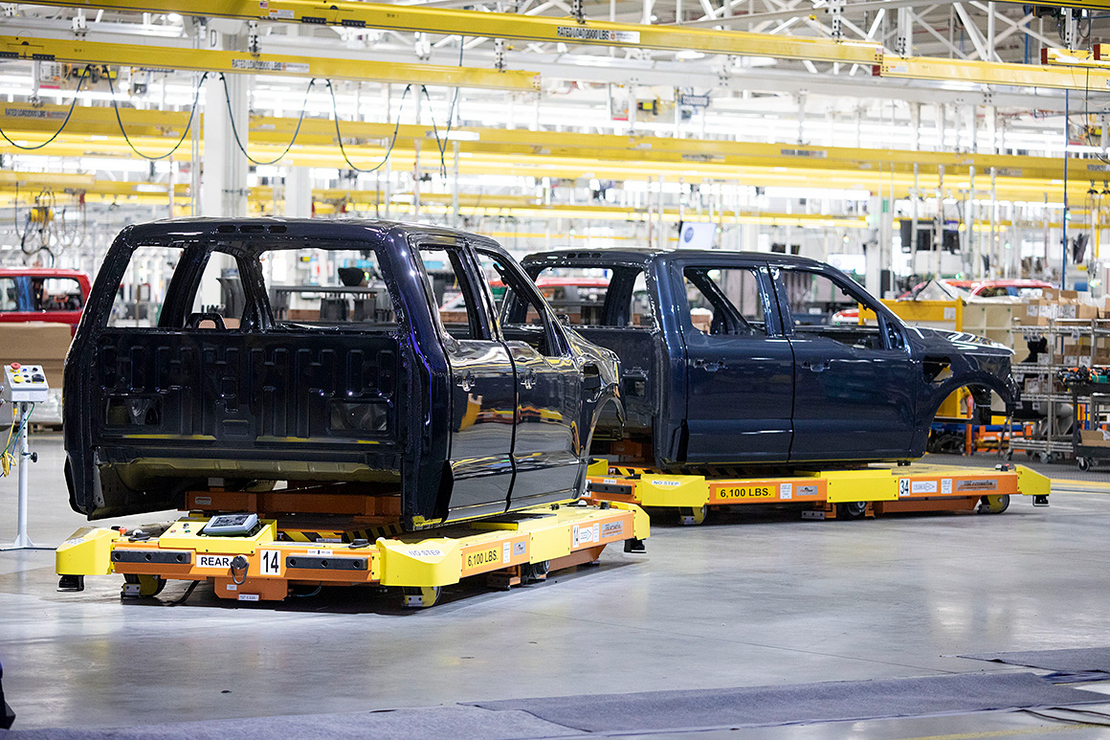 Ford Motor Co. yesterday said it would spend $3.7 billion and add more than 6,000 jobs in a bid to ease the fears of Midwestern states and labor unions that they’re losing out in a transition to electric vehicles.

The investment in Michigan, Ohio and Missouri will go to produce both electric and internal-combustion vehicles, underscoring that America’s automakers still see a strong market for cars and trucks with gas tanks this decade. Ford also carved out $1 billion to spruce up its workplaces — a nod to the difficulty of attracting workers amid an industrywide transformation.

“I am proud that we are investing in the Midwest and taking real action to provide better benefits and working conditions for our workers on the plant floor,” said Bill Ford, the company’s executive chair, in a statement.

The changes come in a time of tumult for one of America’s Big Two automakers. It has consumer hits with the F-150 Lightning and the Mustang Mach-E, but the switch to EVs is also prompting a wholesale reorganization.

In March, CEO Jim Farley cleaved the century-old automaker into three divisions: electric, commercial and internal-combustion (Energywire, March 3). The move to EVs is prompting a new relationship with Ford’s dealerships and causing Farley to bet that some legacy automakers will fail. “There’s a shakeout coming,” Farley said at the Bernstein Strategic Decisions Conference yesterday, according to Automotive News.

In January, Ford’s crosstown rival, General Motors Co., committed to $7 billion of spending and 4,000 new jobs in Michigan. Ford’s new factory investments in the Midwest are a signal to its traditional manufacturing strongholds and workers that it is staying involved even as it and the rest of the auto industry pivot to the U.S. South.

Some in the Midwest grumbled when Ford announced last fall that it would make a titanic investment — $11.4 billion — in a pair of brand-new auto and battery factories in Kentucky and Tennessee (Energywire, Sept. 28, 2021).

That stake in the ground was followed by others that show the rising prominence of the South in EV manufacturing. In December, Toyota Motor Corp. designated a battery plant in North Carolina. In April, Tesla Inc. started up its new factory in Texas, and last month, Georgia scored a double win of huge EV factories by Rivian Automotive Inc. and Hyundai Motor Co. (Energywire, May 20).

Southern states have aggressively courted the new business and have something that automakers find nearly irresistible: a historic aversion to labor unions. President Joe Biden has leaned on automakers to embrace labor unions in the move to EVs, but companies have brushed him aside as they seek flexibility and lower costs.

In that context, Ford’s announcement yesterday stood out for its full-throated endorsement of unions. In a statement, Biden called it “great news for American workers.”

Ford said the projects would add 6,200 jobs and that an additional 3,000 part-time workers would move to full-time, with full health benefits from their first day. Usually Ford’s big hiring announcements are pegged to its labor negotiations. But this time, the hiring news came more than a year before Ford is due to renegotiate its contract with the United Auto Workers.

The UAW has fretted over the possibility that the EV, with its simpler construction, means fewer workers. It points to a 2017 statement by Ford estimating that electric vehicles would result in a 30 percent reduction in working hours. The new spending — on both EVs and traditional cars — challenges that assumption.

Ford, like all employers in the United States, is scrambling for workers in a post-pandemic economy that has put job seekers in the driver’s seat. Kumar Galhotra, the president of Ford’s new internal-combustion division, told a gathering of Ohio workers yesterday that “the steps we are taking are too important to delay.”

Working with the UAW, Ford said, it “is taking steps to identify and address the top wants and needs of employees. Potential enhancements include better access to healthy food, new EV chargers in plant parking lots, better lighting in parking lots and more.”

Here are the improvements and jobs that Ford is adding: