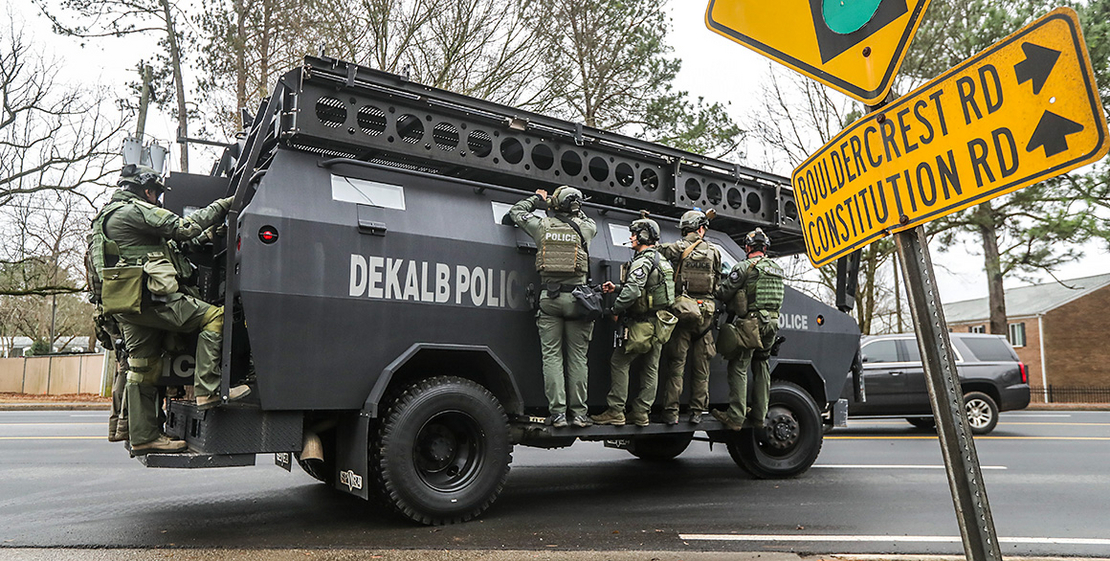 A long-brewing plan to save 3,500 acres of forest outside Atlanta has suddenly become entangled in the national debate over police conduct after an environmental activist was killed on part of the property that’s been selected for a police training center.

The activist who was part of a group that’s been occupying the site was fatally shot by police. The Georgia Bureau of Investigation said the protester fired first, injuring a Georgia state trooper who required hospitalization. There’s no body camera footage of the incident, according to the bureau, which is looking into what happened.

The 85 acres that Atlanta wants to use for its training site is part of 3,500 acres of woodland that several groups say will preserve forests in a metropolitan area known for its greenery but has in fact been losing it.

A spokesman for the Nature Conservancy’s Atlanta office, which has been spearheading the broader forest preservation effort, said the group “unequivocally condemns the violence” at the site, a parcel that used to house a prison farm.

The Nature Conservancy added in a statement: “The footprint of the proposed training facility counts for a little over two percent of the South River Forest. We have a vision for the entire 3,500 acres which will serve a long underserved community not just with new, maintained greenspaces, but with increased environmental resilience.”

The situation escalated dramatically last week, when police arrived to clear out activists who’ve been occupying the forest for months. On Wednesday, the Georgia Bureau of Investigation said a 26-year-old activist didn’t comply with a request to come out of a tent and shot at police, who shot back, killing the protester. Activists have said the protester was nonbinary and went by the name Tortuguita.

A state trooper was shot and hospitalized. Police released a photo of the gun allegedly used to fire at the officer, saying in a news release that forensic analysis determined the projectile taken from the trooper’s wound matches the weapon found at the site.

Activists have questioned the police account of the shooting, saying there should be an independent investigation.

Over the weekend, protesters were arrested at a protest that turned violent in downtown Atlanta. Activists threw rocks and lit fireworks at a building housing the Atlanta Police Foundation and set a police cruiser on fire, according to the Associated Press.

At issue is 3,500 acres of wooded land in Dekalb County called the South River Forest. It’s one of the biggest undeveloped forests in the Atlanta metropolitan area, home to 6.1 million people by Census Bureau tallies. The property includes three parks — Intrenchment Creek Park, Gresham Park and Constitution Lakes Park, as well as the Atlanta Prison Farm, where decades ago the city sent inmates to work under conditions said to have been brutal at times.

The Nature Conservancy and the Atlanta Regional Commission have been working on a proposal to preserve the South River Forest, which the ARC has said “offers enormous potential as a regional destination for hiking, walking and much more.” The land is part of the South River watershed and is partially owned by the city of Atlanta.

A report on the South River Forest plans is due within the next couple of weeks, TNC spokesperson Jeremiah Olney said.

The city of Atlanta is a partner in the plan being developed by TNC and the ARC, even as it pursues the training center on part of the overall landscape.

In 2021, the City Council agree to lease the property to the Atlanta Police Foundation for development of the training center, which includes mock buildings and has been branded “Cop City” by opponents.

While it isn’t exactly pristine, the former prison farm — dominated by invasive vegetation and trash — is part of a wide green space that filters rainwater, prevents urban flooding and is a last breeding ground for certain amphibians, according to the activists, who referred E&E News to a website, defendtheatlantaforest.org, outlining their priorities.

The site for the training center is smaller than the 150 acres initially envisioned. But activists fighting the plan say the training facility sends wrong messages on several fronts, from spoiling an environmentally sensitive watershed to ruining green space that can dull the effects of climate change to legitimizing the use of heavy force by police on a site where prisoners were mistreated and where, 300 years earlier, white settlers ousted Native tribes from their ancestral lands.

“The land has a long history as a site of oppression and struggle,” said the activists, who refer to themselves as a connection of people with a unified purpose rather than as an organization. They’ve been occupying the woods for more than a year, although many are not from the area.

Supporters of the South River Forest say they hope that preservation effort transcends the conflict over the prison farm site.

“The concept has been embraced by local community members, park advocates, and the conservation community alike because of the tremendous environmental, economic, and quality of life benefits it would provide to a part of our city too often ignored,” the Nature Conservancy said. “We must work collaboratively and peacefully to pursue an interconnected greenspace that will benefit the people, communities, and wildlife that depend on it.”