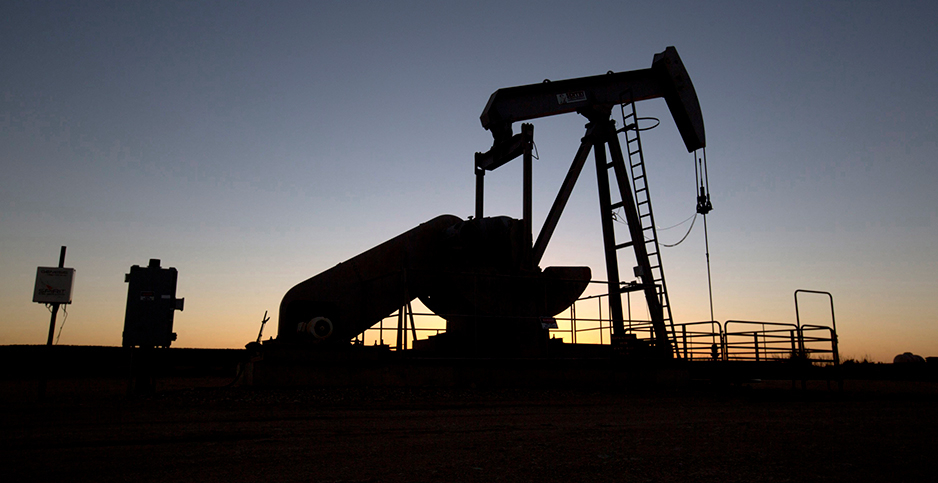 Oil industry activity in Texas. The Trump administration has proposed to open national forests and grasslands in the state to oil and gas drilling. Joyce Marshall/TNS/Newscom

Last August, an environmental group following a Trump administration proposal to open national forests and grasslands in Texas to oil and gas drilling noticed something odd in the Federal Register: two versions of the same notice for an environmental impact statement, appearing one day apart.

The first notice, posted Aug. 26, contained references to climate change and greenhouse gases. The second didn’t. Then the first one vanished online.

Now the group — the Center for Biological Diversity — knows why. A deputy in the Forest Service’s Washington headquarters ordered field staff in Texas to remove the references and republish the notice, an internal memo obtained by the center shows.

"The Deputy who is reviewing the NOI requested every reference to ‘climate’ and ‘greenhouse gasses’ be removed. We did," said Robert Potts, the Forest Service’s natural resources and planning team leader in Lufkin, Texas, in a July 25 email to Forest Service and Agriculture Department officials.

In addition, Potts said, the director of the Forest Service’s Office of Sustainability and Climate Change, Cynthia West, "seemed surprised (and not surprised) about the request to remove references to climate and greenhouse gasses."

He added, "All of her interactions with the Department have been very supportive of the work in her office (in spite of what the main stream media reports about the ‘Administration.’)"

The Forest Service lands being considered lie in eastern and northern Texas and concern two famous natural gas-bearing formations, the Haynesville Shale that extends into Louisiana and the Barnett Shale, where hydraulic fracturing was first successfully unleashed in the 1990s.

The Obama administration closed the areas to future oil and gas leasing in 2016 due to concerns about fracking raised by environmental and health groups. At the time, gas prices had already entered a prolonged depressed price environment following the fracking boom that created an oversupply of natural gas in the United States.

The analysis proposed by the Trump administration would supplement the last oil and gas consideration of these areas, completed in the mid-1990s, according to the published notice of intent.

The Forest Service estimated in a reasonably foreseeable development scenario that new leasing on forests and grasslands would result in 1,500 new wells, produce 69 million barrels of oil and 4.2 trillion cubic feet of gas, and create than more than 30 billion gallons of wastewater over the next 20 years.

By removing references to climate change, the Center for Biological Diversity said, the Forest Service censored its own staff and showed a willingness to interfere with scientists’ environmental reviews. The organization obtained the email and other documents through the Freedom of Information Act, after the dual notices piqued staff members’ curiosity, the CBD said.

"The bigger concern here is the issue of meddling and censorship," said Taylor McKinnon, senior public lands campaigner with the Center for Biological Diversity. "If it happens at this stage, it could certainly happen later in the EIS process. So we are concerned about the future of this EIS."

The Forest Service, in a statement, said Potts’ email mischaracterized the request from a Forest Service deputy director who had reviewed the initial Federal Register notice.

"The request was editorial in nature and does not reflect any policy on use of terminology or any policy regarding emissions associated with oil and gas development or climate," the Forest Service said.

The intent behind removing the references, the agency said, "was to clarify that the EIS takes a broad view of multiple environmental considerations surrounding the decision to be informed by the EIS."

"Any changes in terminology made between draft and final notices were made for clarity and do not affect the integrity of the analysis or the ability to determine whether action will impact the environment," the Forest Service said, adding that "numerous other editorial changes not related to greenhouse gasses or climate were also made between the draft and final notices for clarity and brevity."

Although two were posted, only the second notice was considered to be published as an official document, the Forest Service said. A notice of intent for an environmental review isn’t a policy-setting document, the agency said.

Climate change is a hot-button issue at the Forest Service, where researchers say it’s contributing to increased risk of wildfires in the West. The agency has maintained references to climate change work on its website, some inherited from the Obama administration.

"To foster climate-informed, sustainable land management across the country, the Forest Service has a long history of engaging in climate change research," the agency says on its website. "Forest Service scientists conducting research on forest and stream environments on our Experimental Forests and Ranges have recorded environmental changes in many different ecosystems across the nation. This long-term research, some of which has continued for decades, is rare and crucial for understanding how ecosystems respond to climate change."

The agency adds, "Today, the Forest Service is working to ensure that our National Forests and Grasslands are prepared for upcoming changes in climate through adaptation (reducing vulnerability to climate change effects) and mitigation (decreasing the amount of greenhouse gases in the atmosphere)."

Although the Agriculture Department has faced criticism, too, for de-emphasizing climate change, the agency has a "climate solutions" webpage that acknowledges "real threats to U.S. agricultural production, forest resources, and rural economies."

"These threats have significant implications," the site says, "not just for farmers, ranchers, and forest landowners, but for all Americans."