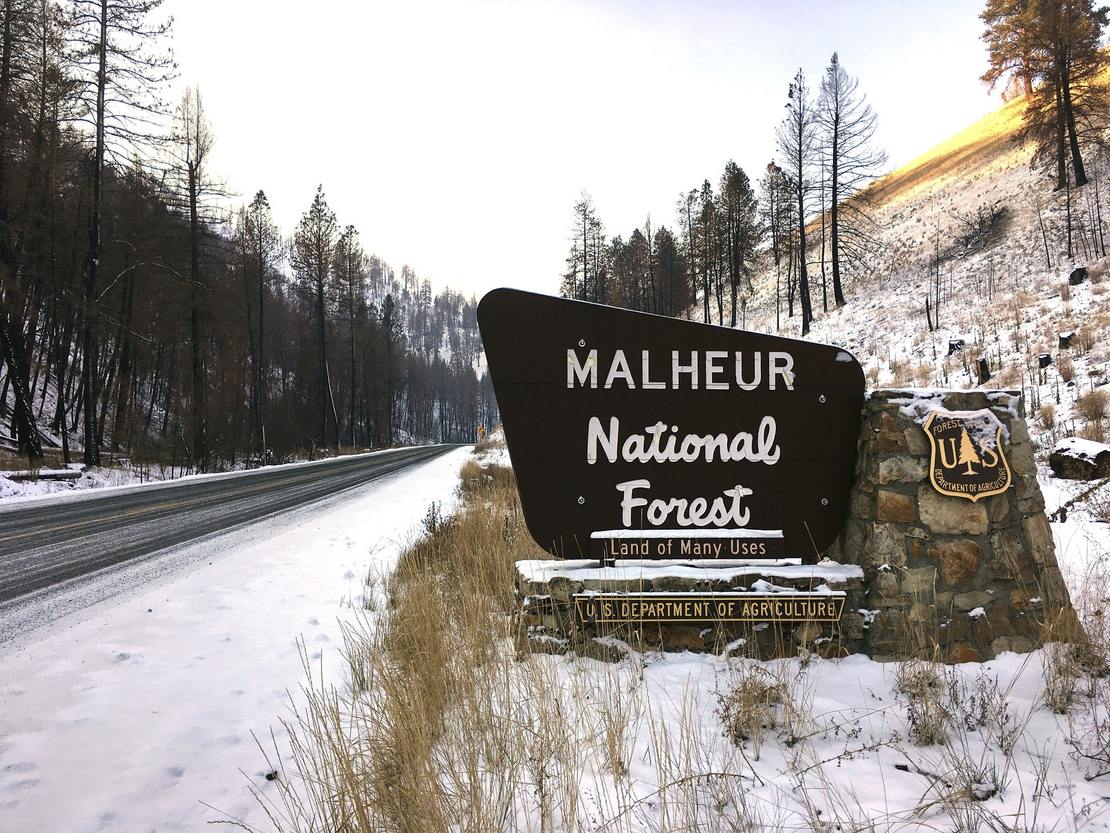 The Forest Service is defending the manager of a prescribed fire that went astray in Oregon, resulting in the employee’s arrest by a local sheriff.

Rick Snodgrass, 39, was arrested on a charge of reckless burning after the prescribed fire on the Malheur National Forest on Oct. 19 jumped a road and spread onto a nearby ranch in Bear Valley, Ore., where local officials said it burned about 20 acres before being extinguished.

“In my opinion, this arrest was highly inappropriate under these circumstances, and I will not stand idly by without fully defending the Burn Boss and all employees carrying out their official duties as federal employees,” Chief Randy Moore said in a message to agency employees.

“This employee should not have been singled out, and we are working to address these unfortunate circumstances on their behalf,” Moore said.

Region 6 Regional Forester Glenn Casamassa on Friday told employees in an email, “I spoke with the Burn Boss last night and expressed my support for him and the actions he took in leading the prescribed burn.”

He added, “In addition, I let him know it’s my expectation that the Forest Service will continue to support him throughout any legal actions.”

The Forest Service didn’t immediately return a message from E&E News requesting comment this morning, and the agency has declined to discuss the incident in detail. But officials have said the prescribed fire was conducted in the usual manner with advance planning and cooperation with local officials (Greenwire, Oct. 21).

After the fire strayed, the Forest Service coordinated with state and local agencies, “which reflects our commitment to this important work and our promise to share in the accountability for any and all outcomes,” Casamassa said in his email to employees.

He added, “There’s a lot of context and additional information about this incident that would be inappropriate to share publicly at this time, but none of that information revolves around the work conducted during the prescribed burn, the professionalism of our employees, partners, and contractors, or how the burn sloped over onto private land.”

Casamassa said the Forest Service remains committed to prescribed fire as managers try to reduce potential wildfire fuel in Western forests. There, forests are adapted to fire, and forest managers say they’re learning the mistakes from years of excluding fire from the landscape, such as overly dense growth.

The incident touches on the sensitive publicity around prescribed burning, especially since the practice led to a major wildfire in New Mexico earlier this year. The local newspaper in Grant County, The Blue Mountain Eagle, noted there were disagreements that day about whether the operation should have proceeded amid hot windy conditions.

Craig Trulock, supervisor of the Malheur National Forest, told the newspaper the burn had been following the plan before it escaped. He also underscored that some people in the area “are just anti-federal and don’t want any federal agency doing anything that could affect their lands.”

The national forest is 78 miles north of Malheur National Wildlife Refuge, where Ammon and Ryan Bundy and others occupied the refuge in a 41-day armed standoff with federal law enforcement over federal land management. Seven defendants accused of conspiring to impede federal officials were acquitted after a 2016 trial (Greenwire, Oct. 28, 2016).

Charges against Snodgrass, who was taken to the Grant County jail and released, will be up to Grant County District Attorney Jim Carpenter. He said in a statement Friday that Sheriff Todd McKinley believed he had probably cause to make an arrest when he arrived on the scene, that local and federal officials are investigating the incident, and that the burn boss’s status as a Forest Service employee doesn’t necessarily protect him from charges related to the event.

Carpenter, who’s up for reelection in November, hasn’t commented beyond the statement.

The policy and political implications of prescribed fire have grown more sensitive as wildfire worsens in the West. Proponents of the practice say they worry that incidents like Snodgrass’ arrest could curtail efforts to use more planned fires.

But public perceptions of prescribed fire aren’t necessarily as negative as local officials sometimes think, said Rebecca Miller, an affiliated scholar at the Bill Lane Center for the American West at Stanford University. Forest managers sometimes back away from the practice because of that fear, she said.

Surveys suggest that the public is becoming more accepting of the practice, said Miller, whose work is focused on California. “But there’s still the perception that people don’t like prescribed burning and will push back against prescribed burns.”