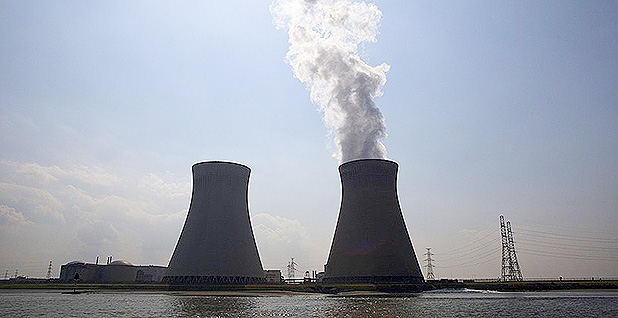 Aaron Weston is being vetted to join the National Security Council and could play a central role in a White House nuclear review. 12923/pixabay

The White House is moving to hire an official whom some companies are referring to as a nuclear "czar" as it ramps up a review of ways to bolster the nation’s struggling nuclear industry.

Aaron Weston, a former House staffer and nuclear engineer, is being vetted to serve as the director of nuclear energy policy on the National Security Council, which advises the president on national security and foreign policy issues, according to an administration official.

Weston, whose paperwork is being processed, would report directly to George David Banks and Mike Catanzaro, President Trump’s top energy policy aides in the White House who are co-leading the review Trump announced in June.

An alumni of the American Council for Capital Formation like Banks, Weston served as lead counsel for the House Science, Space and Technology Committee from 2013 to 2017 before joining the think tank and lobbying group. He’s currently listed as working on government stakeholder relations at the Idaho National Laboratory.

The hire signifies yet another small victory for the nuclear industry, which is facing a host of plant retirements amid an ongoing surge of cheap natural gas, falling costs for renewables and tepid demand for power.

The Nuclear Energy Institute and other nuclear proponents have for more than a year urged the White House to fill the nuclear director’s position on the National Security Council that was vacated after Trump clinched the White House.

"Given the enormity of the continuing international trade, environmental and national security challenges inherent in the global nuclear energy arena … it is our hope that you will work to ensure that the Director of Nuclear Energy Policy position is sustained," wrote NEI, the American Nuclear Society, the U.S. Nuclear Infrastructure Council and the think tank Third Way.

The position was created in 2012 under the Obama administration to coordinate U.S. civilian nuclear trade, security and climate policy. NEI said in its letter last year that the position was critical to coordinate issues that cut across the departments of Commerce, State, Energy and Treasury; Office of the U.S. Trade Representative; and the Export-Import Bank of the United States.

Michael Wautlet, a former naval officer who has served as a foreign service officer at the State Department, held the position from 2015 to July 2016. Before that, Joyce Connery, now a member of the Defense Nuclear Facilities Safety Board, filled the job.

Given the Trump administration’s pivot on climate policy and a proposal in its fiscal 2018 budget request to slash funding for nuclear research, it’s not clear what support the industry will receive from the White House review.

It’s also unlikely that Weston will follow in his predecessor’s footsteps, given that Wautlet focused on President Obama’s Paris climate agreement — a pact the Trump administration is trying to exit. On the other hand, climate advocates like James Hansen have highlighted the need to preserve the nation’s existing reactors to keep emissions in check.

The White House review is expected to focus on four main areas: boosting the domestic fleet; streamlining licensing for reactor designs; exporting technology for advanced nuclear power; and settling on how to dispose of spent fuel, including the controversial Yucca Mountain waste repository in Nevada.

The industry has also seized on a recent grid reliability study out of the Department of Energy as a possible template for thwarting looming plant closures. The study, which had policy recommendations largely focused on coal and nuclear, called for a closer review of price formation at the Federal Energy Regulatory Commission. Currently, states are seemingly more likely to rescue at-risk reactors with subsidies.

But the grid study and White House review are also prompting creative thinking on ways to save at-risk plants.

Rich Powell, executive director at the ClearPath Foundation, said DOE’s study was a "good start" as it called for reviewing federal regulations for reactor operators and ways to compensate nuclear plants in the markets. Many operators, he said, are facing a $10-per-megawatt-hour "gap," or loss between revenues and costs.

While DOE’s loan guarantee program is on the chopping block under the Trump administration, Powell said there are potential federal remedies.

One way of boosting nuclear and valuing "resilience," Powell said, would be to raise the barriers for entry to the capacity markets for generators that don’t have "truly firm fuel supply" like nuclear and some coal plants. Yet another option would be to create a market for "resilient" service, he said.

"If you have firm power supply, months of uninterruptible fuel on site, you could bid into this market and you’d be rewarded," Powell said, adding that such a structure could be set up with existing grid operators. "If you went beyond that, you’d have to have some kind of legislation, and that’s difficult right now."