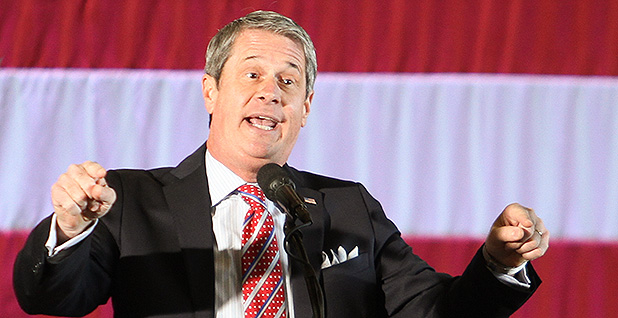 Vitter has registered to lobby for a bevy of interests at his firm Mercury, according to disclosure records released by the Senate yesterday.

After a failed bid to be Louisiana governor in 2015, Vitter decided not to run for re-election to the Senate last year and joined the influence industry in February (Greenwire, Feb. 3).

The ex-senator is working on behalf of the American Chemistry Council, the real estate firm Atlantic Development Group, chemical-maker Cabot Corp. and Louisiana pharmaceutical wholesaler Morris and Dickson Co. LLC. Records show that Vitter began lobbying for his first batch of clients either in mid-March or early April.

One of Vitter’s clients, the American Chemistry Council, was an important player in the push for the ex-senator’s landmark chemical safety reform legislation.

A draft of the legislation was found to have been prepared on an American Chemistry Council computer, which sparked criticism of the bill from some Democrats and environmental groups (E&E News Daily, March 18, 2015).

Vitter, a former Senate Environment and Public Works Committee ranking member, was one of the most prominent critics of EPA during the Obama administration.

In an interview with E&E News in December, he said that he was "very hopeful" for President Trump’s plans on energy and infrastructure issues, noting that, "All of our priorities with regard to EPA are going to be there" (E&E Daily, Dec. 6, 2016).

Under ethics law, Vitter cannot lobby either house of Congress during his two-year cooling-off period, which ends on Jan. 2, 2019, according to Senate records. Nevertheless, he can lobby the administration during that time.

The American Wind Energy Association has hired Bracewell LLP to lobby on tax and energy policies, according to records.

The documents show that well-known energy lobbyist Scott Segal and Curtis Beaulieu, formerly tax counsel for the Senate Finance Committee, have been lobbying for AWEA since March 1.

AWEA spent $700,000 on lobbying last year, according to records.