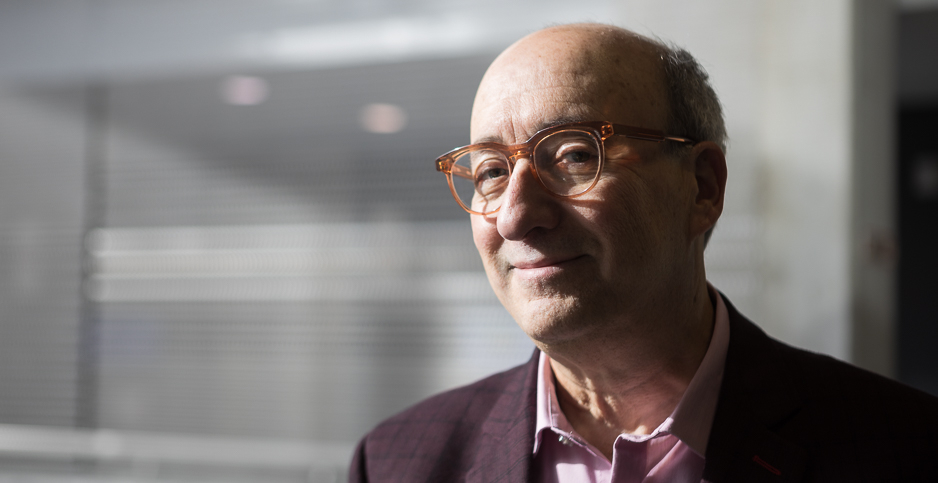 David Michaels has witnessed firsthand how unscrupulous scientists can use skewed studies to defend corporations from beneficial public health regulations.

In his new book, "The Triumph of Doubt: Dark Money and the Science of Deception," the former assistant secretary of both Energy and Labor recounts the battles he and others have waged against "those science-for-sale specialists and the ‘product defense industry’ that sustains them — a cabal of apparent experts, PR flacks and political lobbyists who use bad science to produce whatever results their sponsors want."

The book, which goes on sale today, is a series of case studies detailing how a small cast of consultants have worked with a broad range of corporations — from Exxon Mobil Corp. and Monsanto Co. to Volkswagen AG and Johnson & Johnson — to undermine science that poses a risk to their businesses. It also includes a guide for recognizing when companies are "manufacturing doubt" and recommendations for combating that potent corporate strategy.

Michaels is now a professor of environmental and occupational health at George Washington University, where his tiny office is lined with hundreds of books and several boxes he still hasn’t unpacked since leaving his post as head of the Occupational Safety and Health Administration in January 2017. During the Clinton administration, he served as the Energy Department’s environment, safety and health chief.

Michaels sat down last week with E&E News to discuss his concerns about trade associations, his begrudging appreciation for the Trump administration and some of the changes he’d like to see a future Democratic administration make to the regulatory system.

What’s the target audience for this book?

I’m aiming for the general public, not just people very interested in scientific or environmental issues. That’s why I talk about the sugar industry, alcoholic beverages and the National Football League.

The idea was to show that the use of product defense consultants and the manufacture of scientific uncertainty has become standard operating procedure across industries — that it’s not simply the chemical industry or pesticide manufacturers. So many aspects of our daily life are impacted by corporations that use this strategy.

You credit the American tobacco industry with pioneering the use of scientific uncertainty. Why has the practice become so widespread?

A lot of these same companies are now global companies.

Publicly owned corporations are under great pressure to return profits in the short run. And corporate executives have trouble believing that a product or an activity that they’ve been involved in could really be harming people.

There’s a quote from Upton Sinclair: "It’s difficult to convince a man to believe in something when his salary depends on him not believing it." I think that’s the case across the board here.

Why do companies with products that are less inherently harmful than cigarettes hide their flaws instead of fixing them?

Because corporations have found this to be successful. They can delay regulation. They can convince the public to continue to buy a dangerous product. And they can avoid compensating victims — at least for years, if not decades.

Some corporations’ campaigns end up being held against them in courts. But many corporations are never caught.

Why do trade associations appear so regularly in the stories you tell in the book?

Oftentimes, the scientists who work for these corporations are very good scientists with real integrity. And when a corporation gets into trouble around an exposure that could be causing harm, the last thing they want to do is drag their own scientists into those fights.

They ask for the trade association to take the lead.

The leaders of trade associations have far less integrity than corporate leaders, in my experience. They’re removed from the production of these materials. They’re really removed from any relationship with the communities that use the materials. They exist in Washington to protect those industries. They’re often the ones who will commission research of really questionable value because it looks good.

Occasionally, we see some better companies leaving these trade associations, fed up with the very mercenary positions that they take.

Why do some scientists work to downplay the risks posed by certain products or practices?

You’re obviously influenced by what either you assume or you explicitly know are the desires of the people paying for the study — because that’s what your salary depends on.

You constantly make incorrect predictions and subsequent evaluation of those predictions shows that they’re wrong. But that doesn’t stop you from being hired again and again by corporations because you’re giving them the results they need.

The book is very critical of "mercenary scientists," as you call them, who produce industry-funded studies that companies use to defend themselves in litigation. But you’ve also been a paid witness in cases. So aren’t you profiting from the same system you lament?

The court system is not the best way to regulate. It’s very unfortunate. But it’s effective only because the rest of the regulatory system is so slow and ineffective.

I try to be very transparent about what I’ve done. And I try to make sure that whoever hires me, I give the same answers. I’ve been hired by three defense firms in cases and three cases for plaintiffs since leaving OSHA.

Right now, half of the Senior Executive Service positions in OSHA are unfilled. It’s more than three years since Trump took office, and I have not been replaced as assistant secretary.

In some ways, OSHA is fortunate in that the Trump administration has not consciously tried to decimate the agency, as they have with EPA. It’s just decaying out of malignant neglect.

How would the federal bureaucracy be impacted by a second Trump term?

Many dedicated, high-level staff have already left these agencies, though a lot of very excellent people have remained, thinking they can make it through one term. But these key agencies will be decimated. Many, many good people will leave, and the agencies will just really fall apart.

Would you have written this if another 2016 presidential candidate, like former Secretary of State Hillary Clinton or former Ohio Gov. John Kasich (R), had won the White House?

“President Trump’s appointees have done their best to damage several of the most important public health and environmental agencies we have.”

I probably wouldn’t have. Certainly, I’ve seen the manufacture of doubt become standard operating procedure, and I would’ve continued to write about it. But when I saw how President Trump and the Trump administration were embracing this concept and taking some of the very same scientists who were trying to influence government agencies into positions to run those government agencies, I was appalled.

Then why didn’t you list the Trump administration in the acknowledgements section of your book?

[Laughter] I should’ve. It certainly motivated me to write this.

But many of the problems I’ve identified in the regulatory system predate the Trump administration. President Trump’s appointees have done their best to damage several of the most important public health and environmental agencies we have. And they’ve also worked very hard to roll back already inadequate regulations.

In many ways, Donald Trump is doing us a favor. We’ve learned so much. One example is the Boeing 737 Max. We have an airline safety system in which the [Federal Aviation Administration] has abdicated its responsibilities to Boeing, because the FAA is underfunded, understaffed and doesn’t have the expertise that’s necessary to oversee the safety of modern jet airliners. That has to change.

Similarly, there are thousands and thousands of chemicals in the workplace, and we can’t wait to find the bodies in the morgue before we issue regulations. We have to look at chemicals as classes. PFAS, the forever chemicals, is a great example of that. We have very extensive human data on two of those chemicals because of this legal case in West Virginia. There are 4,500 PFAS compounds. How can we expect to get information on each one of them before we regulate?

Have any of the Democratic presidential candidates adopted the reforms you’ve proposed?

Not that I’m aware of. One of [Massachusetts Sen.] Elizabeth Warren’s programs focuses on the importance of using peer-reviewed evidence in setting regulation.

Whose White House bid are you planning to back?

I will support any candidate who looks at these issues and says, "We have to make major changes in these regulatory systems to really protect the American public." I haven’t seen it yet.

We’re going to have to rebuild our regulatory agencies, and this means we shouldn’t go back to the same mistakes we made in the past — the weak regulations based on laws passed in the 1960s and early 1970s.

Would you consider returning to government service in a future Democratic administration?

While many of the case studies in your book extensively cite works of journalism, the book’s final chapter on how to combat doubt doesn’t specifically call on the Fourth Estate. Why not?

That’s an oversight and an unfortunate one — especially because I come from a family of journalists. My mother was a newspaper reporter for the Herald Tribune and the New York Post. She covered the Middle East for many years.

I think journalism plays an important role in not just exposing these campaigns but helping people understand what’s going on. Because these are complex issues. And the long-form journalism that identifies these problems — and where they fit into the larger political, economic and social context — is phenomenally important.

The near-demise of local newspapers is an unfortunate development. Journalism that focuses on specific sectors and topics plays a very important role. But many times, impact is local, and those are the stories that are lost.

This interview has been edited for clarity.