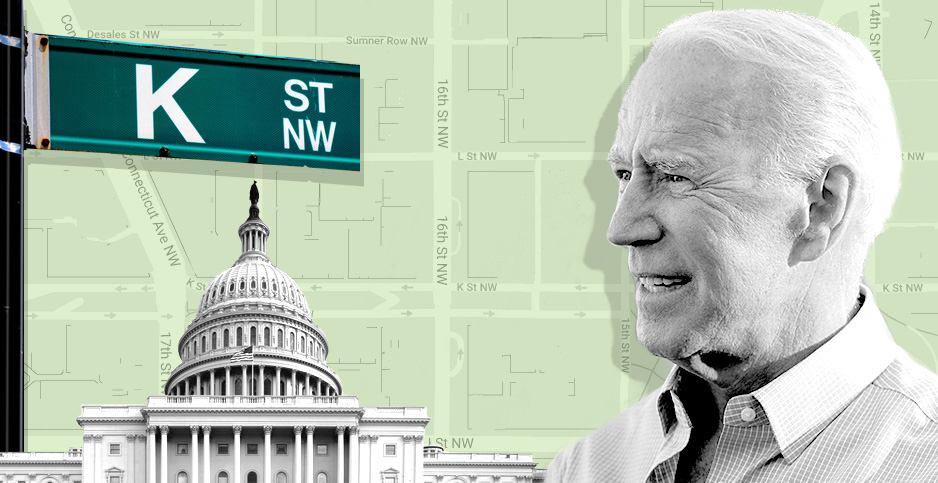 Fossil fuel companies are tweaking their lobbying strategies ahead of Joe Biden’s presidential inauguration, hoping to align their messaging more closely to the Democrat’s policies.

Biden ran on an aggressive clean energy and climate change agenda that promises to drastically reduce the production and use of fossil fuels like coal and oil, including stopping new permits to drill on federal land and offshore, and to decarbonize the electric grid by 2035. Democrats will soon control both chambers of Congress as well and are preparing to help Biden move his plans forward.

But that’s not deterring advocates, who think that they can frame their fuels as environmental positives that can also help with Biden’s goals in areas like the economy and racial justice.

That takes a slight change in messaging for industries that have largely enjoyed four years of President Trump’s pro-fossil-fuel priorities.

"It’s important to focus on areas of agreement moving forward, and we think there are a number of those," Anne Bradbury, CEO of the American Exploration & Production Council, told E&E News.

"We think that there are a number of areas of common ground with a Democratic administration and Democrats in Congress, so we may shift our focus to that a little bit more," she said. "But it’s not a drastic change from anything we’ve been doing or talking about for the last few years."

The National Mining Association is emphasizing how many of the products its members produce, like lithium and copper, are essential to big changes like electrification and infrastructure build-out.

The group also represents coal producers, and while Biden promises to accelerate the decline of coal as an electricity fuel, CEO Rich Nolan is nonetheless optimistic.

"The Build Back Better theme is something that cannot be accomplished without the bedrock supply chains that depend on mining, like priorities on infrastructure, reshoring critical supply chains," he told E&E News, citing Biden’s branding for his economic recovery agenda.

"Their support for electrification of the economy, the drive toward EVs, those all are driven by supply chains that come from mining," Nolan said. "So we’re pretty optimistic that the drive to those policy objectives will help us."

Even Biden’s environmental justice and racial equity goals can get some help from fossil fuels, industry advocates argue.

"We’re looking at environmental justice and thinking, where can you produce energy where you don’t have these community issues, where you don’t have fenceline impacts? Well, 100 miles offshore you can do that," said Erik Milito, president of the National Ocean Industries Association, which represents companies in both the offshore oil and offshore wind industries.

Keystone XL pipeline developer TC Energy Corp. made a pledge to power the line completely with renewable energy by 2030 this week in advance of Biden’s expected action, and it had already agreed to use all union labor in construction.

And the U.S. Chamber of Commerce, which historically has been allied with fossil fuels, changed its position on climate change policy, opening the door to "market-based" policies, which might include carbon pricing (see related story).

Biden is far from a natural ally for the fossil fuel industry. He has promised a wide array of environmental and anti-fossil-fuel policies, including the ban on new permits for federal land and offshore drilling, the carbon-free electricity goal, big boosts for electric vehicles, and strict new efficiency rules for cars, among other plans.

He’s set a goal for the United States as a whole to reach net-zero greenhouse gas emissions by 2050 and promised to rejoin the country into the Paris climate agreement, a pact that most fossil fuel companies oppose.

Many of the actions, including on Paris, are due to start when he is inaugurated today. Biden will reportedly block the Keystone XL pipeline’s construction as well on his first day in office.

And while Trump’s unpredictability, trade policies and some other moves caused frequent headaches, he rolled back dozens of regulations and other federal policies to the benefit of oil, natural gas and coal.

Environmental groups, which almost entirely supported Biden’s candidacy, are doubtful the fossil fuel industry has much to celebrate with his win.

She said, "With the leadership of Deb Haaland, Gina McCarthy, Kamala Harris and others, the fossil fuel industry no longer has a bunch of their cronies packed into the Cabinet: They now have to face powerhouse foes that have committed to supporting renewable energy and ensuring a livable future for all."

Nalamalapu said Biden’s agenda would put the United States on a path toward ending fossil fuels, not helping them.

Some fossil fuel companies likely have more to lose than others. Liquefied natural gas exporters like Cheniere Energy Inc. could get at least somewhat of a benefit from Biden’s plans to crack down on methane pollution from natural gas production and transport, which would make U.S. gas a better option for foreign companies to buy.

"These are all going to be positive for the environment, positive for reducing greenhouse gas emissions in the value chain of LNG," said Smith.

The American Petroleum Institute cited methane as a key area in which it hopes to cooperate with Biden. The organization opposed the Obama administration’s methane rules for oil and gas drilling but is showing an interest in the topic.

"We support reducing methane emissions both through cost-effective policies and through measurable industry action," API CEO Mike Sommers told reporters last week. "We want to work with the Biden administration on policy solutions that enable further methane emissions [reductions], that are consistent with the Clean Air Act."

Sommers said API would fight aggressively against any Biden attempt to hobble the industry, including if the administration moves forward with drilling bans. But he mostly struck a friendly tone when looking to the future.

"We stand ready to work together with lawmakers and the administration to usher in policies that accelerate new investment in American job creation, deliver reliable energy and fewer emissions, and support American economic recovery," he said.