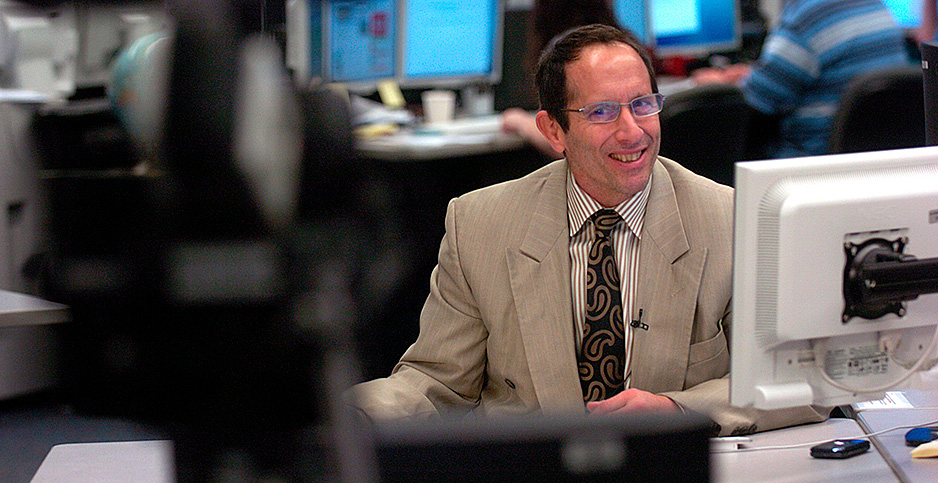 It was a big deal for Bastardi, who had never counseled a governor ahead of a storm. But he came highly recommended. Both Hannity and Sen. Ted Cruz (R-Texas) suggested that Abbott talk to Bastardi, a veteran meteorologist and climate science critic who has appeared several times on Hannity’s show.

"I reached out to Gov. Abbott and said, ‘Listen, this guy knows his stuff, and you ought to talk to him,’" Cruz told Hannity during a recent visit to Hannity’s nightly Fox News program.

By Bastardi’s telling, the conversation with Abbott wasn’t groundbreaking or controversial. "I said this is a winter version of a Category 5 hurricane," Bastardi told E&E News.

But the move has raised questions among some scientists as to why Abbott consulted with an outside meteorologist — particularly one with inaccurate climate views — when Abbott had the option of touching base with weather experts in the government.

"That just confuses the information environment," said Andrew Rosenberg, director of the Center for Science and Democracy at the Union of Concerned Scientists and a former senior NOAA official.

Abbott’s office did not respond to a request for comment.

How Bastardi put himself in such a position says a lot about the polarization of U.S. science and politics.

Bastardi is the author of "The Weaponization of Weather in the Phony Climate War." (Hannity wrote the book’s foreword.) He frequently appears on Fox News to mock Democratic climate policy, and he likes to publicly spar over global warming with television personality Bill Nye.

He has claimed that the Earth will be in a cooling pattern by 2030 despite a library’s worth of science asserting the opposite is true. One time, Bastardi, 65, won a National Amateur Body-Builders’ Association contest.

That’s in spite of evidence that Texas had plenty of official warning of this month’s crippling snowstorm, which knocked out power for millions and killed 80 people.

Days beforehand, state and national forecasters said a historic and potentially deadly storm was about to hit the state. The National Weather Service started sounding warnings about the cold temperatures 10 days before the storm, according to a forecast analysis by the Capital Weather Gang of The Washington Post.

And those warnings became increasingly dire leading up to the cold snap. The Texas Division of Emergency Management was holding statewide conference calls before the storm, and Texas’ weather service was hosting webinars.

The senior meteorologist of the Electric Reliability Council of Texas, which operates the Texas grid, noted the historic nature of the storm.

"This period will go down in Texas weather history as one of the most extreme events to ever impact the state," ERCOT senior meteorologist Chris Coleman wrote in a blog post.

Though meteorologists are experts in short-term weather forecasts, whereas climate scientists study long-term weather patterns, Bastardi has a long history of claiming that humanity is not warming the planet at a dangerous pace through the burning of fossil fuels.

Bastardi has claimed that carbon dioxide is not the "control knob" for the atmosphere. He has said that teaching children about climate science is "indoctrinating" them. He has suggested that burning more fossil fuels will benefit the planet by increasing carbon dioxide levels.

Scientists at NOAA, NASA and the world’s top science agencies have said such claims are not true.

In the days after the storm, Bastardi — like Abbott and Cruz — has placed much of the blame for Texas’ power outages on renewable energy sources, even as the bulk of facilities knocked offline were fueled by natural gas and coal.

On Tuesday, Bastardi said he wants to emphasize to Cruz and Abbott in future conversations that the electrical grid should not be so reliant on renewable energy, which he compared to supplements he takes for competitive weightlifting.

"Wind and solar power are supplements to the main diet," he said.

In fact, Texas’ outages were largely the result of a lack of preparation of the electrical grid for winter weather, and the widespread failure of equipment not protected against low temperatures.

In a post for the Heartland Institute, the climate denial advocacy group where Bastardi is a senior fellow, he wrote last week that people using extreme weather conditions to justify climate action "reveals a certain kind of narcissism."

"To think you are smart enough to control nature and you must force people you believe you are smarter than to obey?" he wrote. "That is the same kind of despotic behavior we have seen out of the worst tyrants."

Rosenberg, of the Union of Concerned Scientists, took a much different view.

Bastardi is a font of misinformation about climate science, so there is a risk that politicians will further confuse the public by repeating his falsehoods, he said.

All of the early forecasting from the National Weather Service was accurate so there was no need for Abbott and Cruz to turn somewhere else for information, Rosenberg noted.

What’s more, he said, Cruz, Abbott and Bastardi have falsely put much of the blame for Texas’ outages on renewable energy sources. And they’ve ignored climate modeling that shows more frequent breakdowns in the polar vortex could lead to similar disasters in the future.

"When these guys are talking to Bastardi," Rosenberg said, "they’re trying to come up with maybe aliens did it or it’s sunspots."