From fad to fixture: how investors are waking up to climate risk 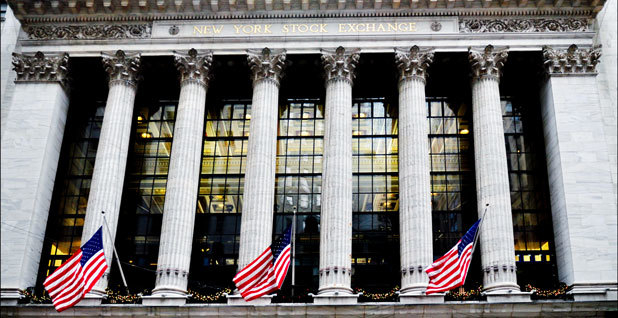 Historically, investors haven’t worried about how climate change or greenhouse gas-cutting laws might affect their ledgers. But as a growing number of money managers, Wall Street traders and regulators agonize over climate change costs, that stance has shifted from apathetic to alert.

"Because of investor demand, you’re going to see more and more products like this set up," said Tom Van Dyck, a managing director at Royal Bank of Canada and an SRI expert, in an interview. "More and more people come to us and say pollution is a subsidy."

"From a personal perspective, when I think about climate change, it’s clear that a million things need to happen," said Stuart Braman, founder and CEO of Fossil Free Indexes, a suite of benchmark indices that track the Standard & Poor’s 500 Index but screen out the largest coal, oil and natural gas companies. "There’s a set of economic risks built into our situation right now."

"Climate change is a unidirectional thing that we’re trying to slow down," Braman said. "I think a growing number of people are listening."

"If you’re working on data that’s a year old, you’re significantly out of date," said Tom Starrs, vice president of market strategy and policy at SunPower Corp., during the SRI Conference on Sustainable, Responsible, Impact Investing in Colorado Springs, Colo., in November.

‘The next systemic risk’

Carbon Tracker concluded in a November 2015 report that existing and planned coal, oil and gas infrastructure investments represent a $2 trillion risk to the global economy. That’s the size of Russia’s economy.

With vehicle electrification and falling renewable energy costs, "We’re right in the middle of an irreversible transformation in the energy sector," said Mark Campanale, Carbon Tracker’s founder and executive director.

Campanale and his colleague Jeremy Leggett said fossil fuel companies almost universally reject the notion their assets could be "stranded" — that is, rendered unusable by countries’ climate regulations, competitive energy sources or both.

"There’s so much more drama within this in the narrative arc," said Leggett, Carbon Tracker’s chairman. The transition from a fossil energy-fueled global economy "is going to go faster than the majority of us believe … than ordinary people can conceptualize," Leggett said.

In a seminal speech at Lloyd’s of London in September 2015, the Bank of England’s governor, Mark Carney, recognized "stranded asset" risk and pledged to study the matter (ClimateWire, Sept. 30, 2015).

Where’s the SEC on climate?

And JPMorgan Chase & Co. shareholders, in a proposal last year, said the bank’s membership in with the U.S. Chamber of Commerce, which lobbies against greenhouse gas regulations, posed a reputational concern to the firm due to that association.

The U.S. Securities and Exchange Commission requires public firms to share material information — anything that could reasonably affect one’s decision to buy, hold or sell a security — with stockholders and the public.

But ESG factors like climate change haven’t traditionally been considered material factors, and most companies share vague information that doesn’t help investors when they disclose ESG-related developments to the SEC. (The SEC issued its most prominent policy specific to climate change in 2010; it is an "interpretative guidance" document, not a hard-nosed rule.)

In October 2015, it issued a bulletin calling ESG factors "proper components" of fiduciary analysis. The department even said "it might be a good idea to incorporate ESG into the investing process" because such factors affect a company’s finances.

Mark Ohringer, general counsel for Jones Lang LaSalle Inc., the multinational real estate company, frets about JLL’s exposure to "headline risk" from glaring news coverage and litigation over potential lurking scandals. "We don’t believe ESG sacrifices performance," but rather that it can enhance profit, he said.

‘Every sector is touched by climate risk’

"We’ve actually been talking to them for many years about sector-specific guidance," she said by phone. "There are real financial and reputational risks."

The decline of Appalachian mining has already forced thousands out of work and lost investors millions of dollars. "What would that mean for investors five years from now?" Compere asked. "It’s much broader than just the oil and gas sector. Every sector is touched by climate risk."

"We’re still misunderstood," said Amy Domini, the founder and CEO of Domini Social Investments LLC, and a pioneer in SRI finance. "We’re still considered to be doing something good so you can have a clean conscience."

As a stockbroker in the 1980s, the period in which many say responsible investing took root, Domini realized clients weren’t comfortable owning shares of weapons or tobacco companies. Ten years later, she and two partners debuted the Domini 400 Social Index, a grouping of large U.S. companies that prioritized social and environmental welfare.