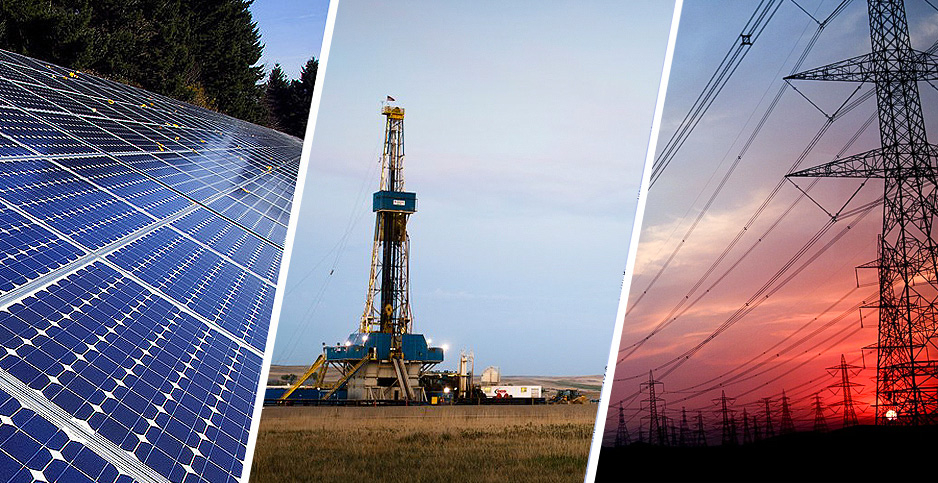 Energy may not be an official topic at tonight’s presidential debates, but it’s on the ballot in several states where policy fights are heating up ahead of the November elections.

Taxes on oil production, a renewable energy mandate and changes to a state regulatory commission are among the energy issues set to go directly before voters this year.

Some measures have spurred costly political battles: In Alaska, oil companies and industry groups have spent millions of dollars campaigning against a proposal to increase certain oil taxes, the campaigns said.

About half of U.S. states permit citizens to propose ballot initiatives or questions. In recent years, high-profile ballot initiatives have touched on renewable energy portfolio standards for utilities, carbon taxes, and limits on horizontal oil and gas drilling, among other energy topics, said Greg Dotson, a law professor at the University of Oregon School of Law and a former aide to retired Rep. Henry Waxman (D-Calif.). These initiatives often reflect voter frustration with lawmakers’ responses to climate change and other environmental issues, according to Dotson.

Here are four of the most significant state energy fights to watch in November:

OneAlaska, an opposition group funded by oil companies, has raised about $16 million to fight the proposal. The group Vote Yes for Alaska’s Fair Share has spent about $1.1 million to promote the plan, according to state data.

"It is the most expensive measure we’ve seen in Alaska as far," said Josh Altic, project director for the State Ballot Measures Project at the nonprofit Ballotpedia website. "That alone makes it more in the public eye, more ads, more everything."

Alaska’s budget is heavily reliant on oil, as the state does not impose a sales tax or personal income tax.

Measure 1 would roll back a package of tax breaks that were passed in 2013 and were intended to boost Alaska’s oil production. The state’s output has continued to fall since then, leading to cuts in government spending and layoffs of state employees.

Proponents say Measure 1 would stabilize the state budget and only affect existing fields on the state’s North Slope, where producers have already recovered their investment. The industry says it would dampen production even further and scare away investors just as new fields are coming online that could revive the state’s finances (Energywire, Dec. 10, 2019).

Taxes — and tax fairness — are also on the ballot in Louisiana, where voters will decide two constitutional amendments.

Amendment 5 would allow for certain energy and manufacturing facilities — including liquefied natural gas terminals and refineries — to make direct payments to local governments in lieu of property taxes, potentially lowering the tax burden for new or expanding developments. It has drawn opposition from a social justice group that says it effectively allows companies to avoid paying hundreds of millions in property taxes.

The Legislature approved the amendment in part because the state has begun cracking down on Louisiana’s generous property tax breaks. In one high-profile case, Cameron LNG, which owns an LNG terminal on the Louisiana coast worth $10 billion or more, has used the abatement system to pay far less than its assessed value, said Edgar Cage, an organizer with the nonprofit group Together Louisiana.

Cameron’s tax break is set to expire, but if Amendment 5 passes, the company and others like it would be able to negotiate payments with local officials rather than paying their full share of taxes to fund basic services like schools, roads and public safety, Cage said.

"The rest of us have to pick up the tab," he said.

Cameron said it didn’t lobby for the amendment, although it supports the idea of negotiating payments in place of taxes.

"As a general matter, these types of programs are common across the country, given the significant investment and high-wage nature of the jobs created, and we believe they are a tool local taxing jurisdictions should have available," company spokeswoman Anya McInnis said in an email.

Separately, Amendment 2 would change the property tax system for oil and gas reserves to allow local governments to tax at least some of the value of underground resources. Currently, local taxes only apply to the value of surface and underground equipment at oil and gas sites, according to a legislative report.

The commission that oversees utilities in New Mexico would be restructured if voters approve a constitutional amendment on the ballot this year.

Constitutional Amendment 1 would change the New Mexico Public Regulation Commission (PRC) from a five-person body whose members are elected in districts to a three-person commission with members appointed by the governor. Supporters say this would ensure that qualified, independent experts would regulate utilities as the state reduces its fossil fuel use.

Under a bill signed by Democratic Gov. Michelle Lujan Grisham, most utilities in New Mexico must generate 50% of their electricity from renewable sources by 2030. Critics say the PRC, however, has been slow to act on this mandate in addition to facing other controversies over the years, leading Lujan Grisham to call for reform.

"I’m confident we can create proposals that will help transition the PRC towards a reliable and professional body capable of acting in the best interest of our families," Lujan Grisham said in a statement last year.

Proposed through legislation co-sponsored by state Sens. William Payne (R) and Peter Wirth (D), the amendment has backing from a majority of members of the New Mexico Legislature as well as environmentalists.

"We want to see professionals, not politicians, regulating utilities in the state," said Camilla Feibelman, director of the Rio Grande Chapter of the Sierra Club.

While a few current commissioners support the amendment, at least two oppose it. In an op-ed published in some state newspapers last year, Commissioner Jefferson Byrd, a Republican, and Commissioner Theresa Becenti-Aguilar, a Democrat, said a PRC with appointed members would result in rural areas losing representation and could leave room for utilities to exert influence on the panel.

Nevadans will be asked this year whether they support amending the state’s constitution to advance renewable energy goals — something voters in the Silver State resoundingly backed in 2018.

Put forth by billionaire hedge fund manager Tom Steyer’s progressive advocacy group NextGen America, Question 6 would require utilities under the state constitution to generate half of their electricity from renewable resources like wind and solar by 2030. Sixty percent of voters said they approved of the measure in 2018, but to modify the constitution, the ballot question must be approved twice.

Last year, Democratic Gov. Steve Sisolak signed a bill, S.B. 358, to bring the state toward 50% renewables by 2030. A constitutional amendment, however, would be harder for a future governor to overturn, supporters say.

"With the law that was passed, it’s fantastic, and it’s doing exactly what we asked the state to do," said Andy Maggi, executive director of the Nevada Conservation League. "But it’s a law, and statutory laws can be changed."

The Coalition of Energy Users, a political action committee backed by Republican state lawmakers, led the opposition to Question 6 in 2018. But S.B. 358 was unanimously approved by the Legislature, and it is unclear if there is active opposition in 2020 against the ballot question.

"The entire climate around it has changed because there was a legislative action that essentially stepped in and took the wind out of its sails," said Ballotpedia’s Altic.