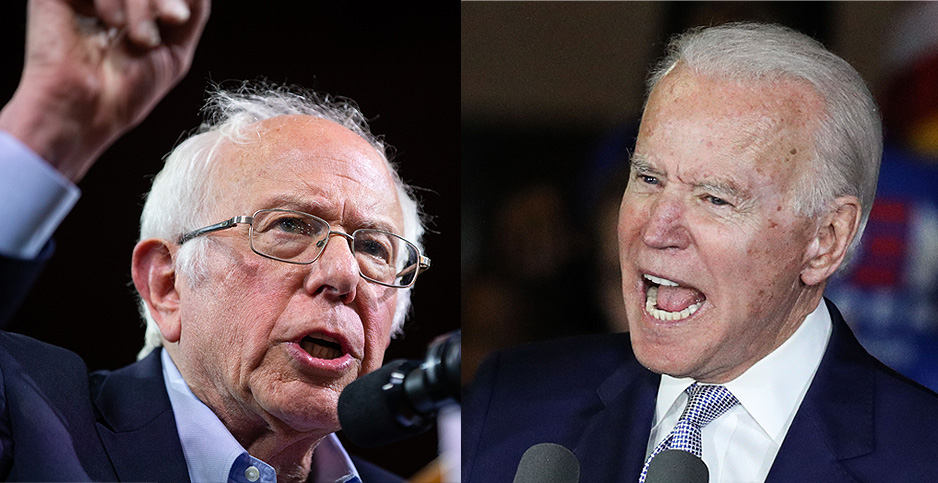 The Democratic presidential primary has transformed into essentially a two-person race, with two differing views on the future of environmental and climate change policy.

Following yesterday’s Super Tuesday primaries in 14 states and American Samoa, former Vice President Joe Biden is the front-runner in the race to take on President Trump, with an estimated 506 delegates to his name, still far short of the 1,991 delegates needed to clinch the party’s nomination.

Biden is seen as the candidate for the Democratic establishment, having been vice president under Barack Obama and a senator for decades prior.

Sen. Bernie Sanders of Vermont isn’t far behind Biden, with an estimated 455 delegates, having picked up numerous delegates yesterday, including winning the California contest.

"I’m a believer in using data to inform decisions. After yesterday’s results, the delegate math has become virtually impossible — and a viable path to the nomination no longer exists," the billionaire media executive said in a statement.

Bloomberg’s move represents a further consolidation of the establishment and moderate forces into Biden. Former South Bend, Ind., Mayor Pete Buttigieg and Sen. Amy Klobuchar of Minnesota dropped out of the race and endorsed Biden in the days leading up to Super Tuesday, and former Rep. Beto O’Rourke of Texas, another former candidate, backed Biden yesterday as well.

Sen. Elizabeth Warren of Massachusetts, a progressive in line with Sanders, is reportedly considering whether to drop out after disappointing results, including coming in third place in her home state. Rep. Tulsi Gabbard of Hawaii has earned one delegate but has shown no signs of dropping out.

Biden released a comprehensive climate plan in June that would cost about $1.7 trillion and target a date of 2050 for the United States to become carbon neutral. He focuses heavily on decarbonizing the transportation sector, including through high-speed rail and building out electric vehicle infrastructure.

"Our agenda is bold, it’s progressive," Biden said at a rally as returns came in yesterday, describing his vision in which the United States would lead "the world to take on the existential threat of climate change." He said he’d start by rejoining the Paris Agreement and "move it a long way" with world leaders.

But progressives, including Sanders’ supporters, take issue with what’s not in Biden’s plans. He wouldn’t move to ban fracking, declare climate change a national emergency or end fossil fuel exports, as Sanders has promised.

And though he pledged not to accept campaign donations from fossil fuel company executives, he has taken money from people less centrally involved in fossil fuels, like in finance.

Sanders, the leading progressive candidate, has a $16.3 trillion climate plan that is more far-reaching, getting into areas like food and worker rights, and nationalizing the electricity sector. And it sets key decarbonization deadlines, like a 2030 deadline for electricity and transportation.

The Democratic socialist frequently connects climate to his large narratives against corporate influence and income equality and in support of working-class rights.

"Given the existential crisis of climate change, we are saying to the fossil fuel industry, their short-term profits are not more important than the future of our country and the world," he said in his Super Tuesday speech, which took broadsides against Biden and Trump.

Sanders has support from the Sunrise Movement, while 350 Action and Friends of the Earth Action both endorsed him alongside Warren.

Voters who see climate change as the most important issue in the election have generally been voting similarly to their states as a whole, exit polling has shown.

The Washington Post found that Biden won among climate voters in Super Tuesday states, with 34% going to Biden and Sanders getting 29%.

He won climate voters by an even wider margin, 41% to 18%, in Nevada, but Sanders won the bloc with 26% in New Hampshire, the Post found.