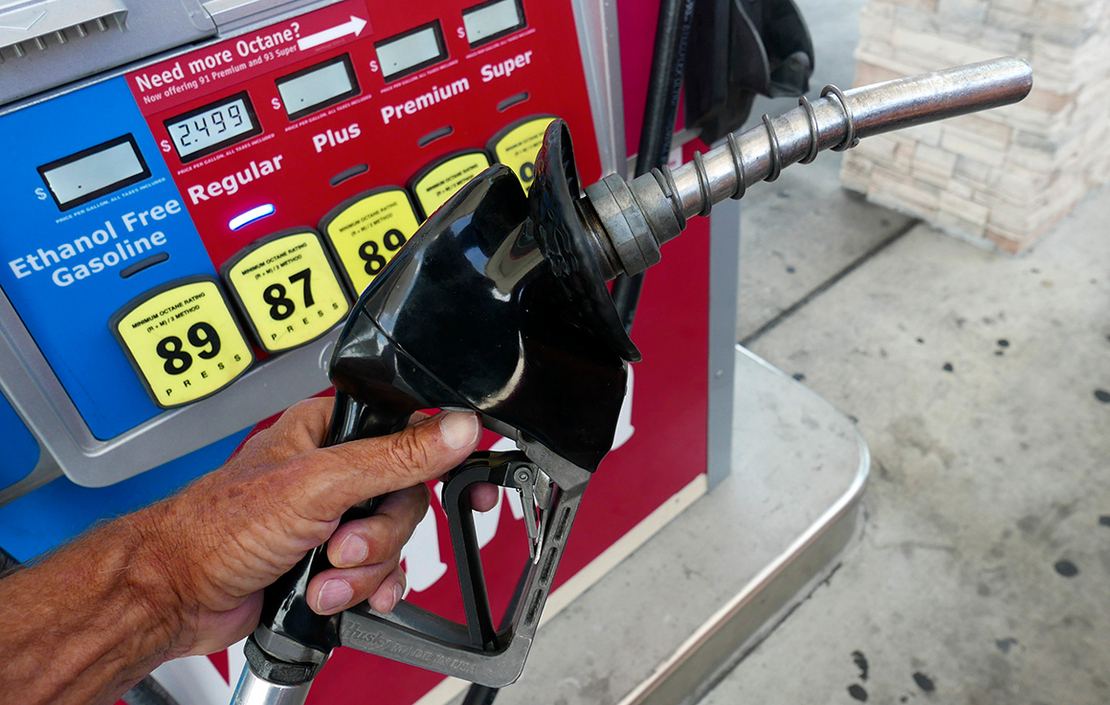 A man adds fuel to his vehicle at a gas station in Orlando, Fla., in 2019. Last week, the Biden administration finalized a rule on penalties for carmakers who don't meet fuel economy standards. AP Photo/John Raoux, File

President Biden is cracking down on automakers who fail to meet fuel economy standards by charging them more for violations.

In a final rule released late last week, the National Highway Traffic Safety Administration bumped its corporate average fuel economy, or CAFE, penalty from $5.50 per tenth of a mile per gallon to $14 — a significant increase.

The move restores the Obama-era rate, whose implementation was delayed by former President Trump, and could cost manufacturers hundreds of millions of dollars in new fines.

“This means if a company deliberately wants to violate the CAFE standards, they’ll have to finally pay,” said Dan Becker, director of Safe Climate Transport Campaign at the Center for Biological Diversity.

President Obama passed a law in 2015 requiring agencies to adjust their penalties to account for inflation. That led to the first CAFE fine increase since 1997, which was slated to take effect for model year 2019 vehicles.

Trump attempted to reverse the increase, but the courts ruled the move unlawful. Still, the former president managed to issue a rule delaying the rate increase until model year 2022.

The new rule applies to model year 2019, meaning companies whose last few vehicle models are not in compliance, will be required to pay. The fine is multiplied by the number of vehicles in a manufacturer’s fleet, making CAFE penalties some of the largest the government levies.

John Bozzella, president and CEO of the Alliance for Automotive Innovation, expressed frustration with the rule, which he said establishes a retroactive penalty to vehicles already produced.

“It would be a better outcome for the environment, manufacturers, workers, and consumers if these financial resources were invested in electric vehicles, batteries and charging infrastructure instead of disappearing into the general fund of the Treasury,” he said in an emailed statement.

NHTSA argued the penalty does not technically equal a retroactive fine because Trump issued his delay as he exited office. Companies knew as far back as 2016 that the civil penalty increase was planned for 2019, giving them plenty of time to adjust, the agency said.

“That some manufacturers may have chosen to base their compliance decisions and production plans on the chance that NHTSA may take additional action to attempt to delay or avoid the adjustment despite legal vulnerability is a risk they took on their own, aware of the circumstances,” the agency said.

NHTSA projected the penalty increase will lead to at least $100 million more in annual fines. The agency said it suspects one unnamed company will likely be straddled with the bulk of that due to its lack of compliance with domestic passenger car standards, which cannot be made up through credits.