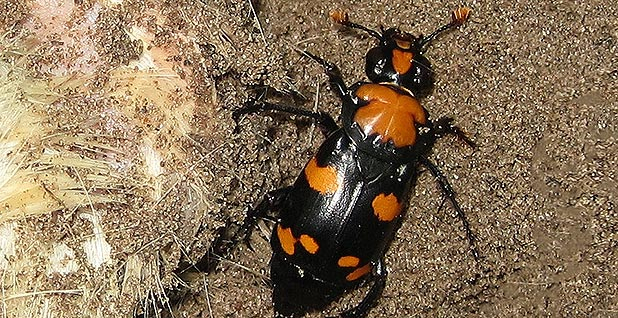 The Fish and Wildlife Service today proposed easing protections for the American burying beetle, a longtime burr under the oil and gas industry’s saddle.

"Working collaboratively for almost three decades with states, zoos, federal agencies, private landowners and others … we have made some positive steps forward and are now proposing to downlist the beetle," FWS Southwest Regional Director Amy Lueders declared in a statement.

As part of a so-called 4(d) rule that’s allowed for threatened but not endangered species, oil and gas operations and other activities that potentially disrupt beetle habitat through part of its range would be exempt from ESA’s "incidental take" permit requirements.

The beetle has been listed as endangered since 1989 and has incited controversy ever since. Some lawmakers have tried attaching riders to the House’s defense authorization bills to remove the species’ ESA listing.

Doug Domenech, the former director of the Fueling Freedom Project at the Texas Public Policy Foundation, is now the Trump administration’s assistant secretary of Interior for insular affairs. Susan Combs, now awaiting confirmation as another assistant Interior secretary, was a visiting senior fellow at the Texas foundation.

James Sicking, an attorney for the Osage Producers Association, said at the time of the suit that the policies protecting the beetle are "a major impediment to our members’ fulfillment of contractual obligations to produce oil and gas."