FWS proposes habitat for rare flower in path of lithium mine 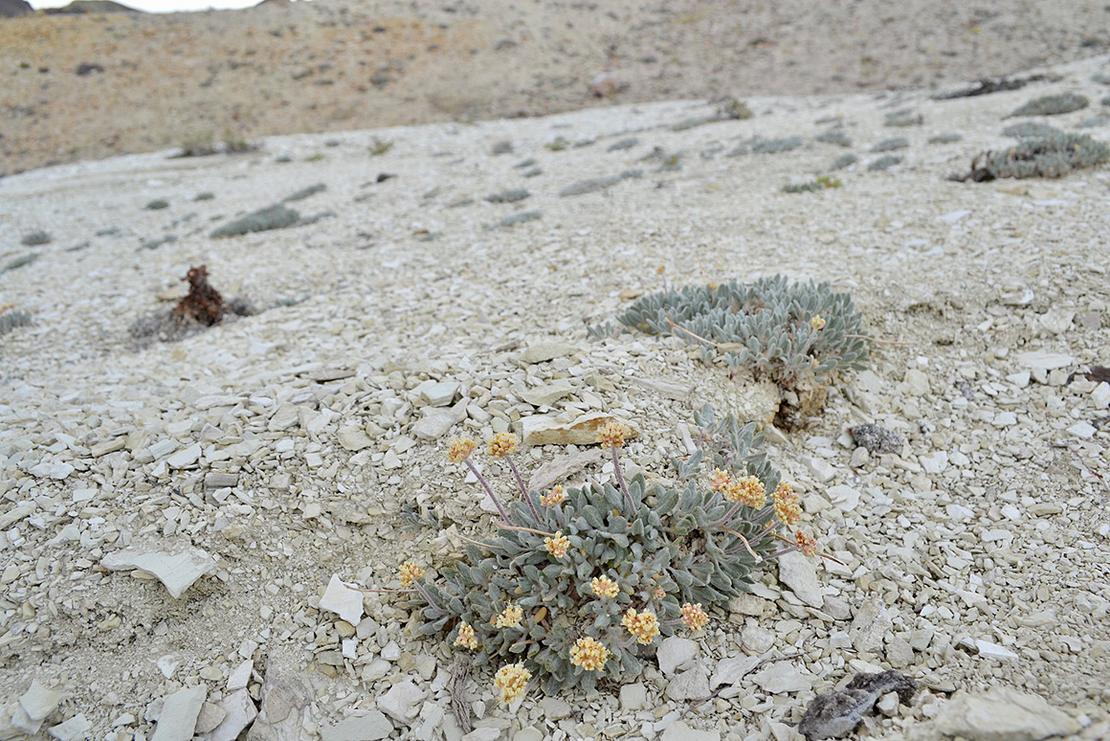 The Fish and Wildlife Service today proposed designating critical habitat for a rare flower, Tiehm’s buckwheat, that lives in the path of a proposed lithium mine in Nevada.

As proposed by FWS, critical habitat for the buckwheat would be located in Esmeralda County in the western part of the state, directly in the path of Ioneer Ltd.’s Rhyolite Ridge lithium project. The agency said in its proposed rulemaking that it was protecting the habitat — a single 910-acre plot of land — because it was “essential to the conservation and recovery” of Tiehm’s buckwheat.

“Designating critical habitat for Tiehm’s buckwheat is key to the plant’s persistence and recovery because it occupies such a small range and requires such specific habitat conditions to survive,” Marc Jackson, field supervisor for FWS in Reno, said in a statement.

It’s the latest setback for Ioneer after a federal court ruled last year in favor of environmentalists seeking protections for the buckwheat under the species law.

Since then, as FWS has pursued safeguards for the wildflower, the company has also argued against scientific research it funded studying whether it could relocate the plant on its own (Greenwire, Dec. 17, 2021).

The company has argued it can protect the plant while moving forward with the mine through precautionary measures like buffer zones. Ioneer Managing Director Bernard Rowe responded to the FWS habitat proposal in a statement to E&E News, maintaining there can be “successful coexistence” of Tiehm’s buckwheat and Rhyolite Ridge.

Projects like Rhyolite Ridge exemplify the complexities green products like electric vehicles, which use batteries that rely on mined lithium chemicals, pose for those wanting to preserve and protect biodiversity.

Tiehm’s buckwheat plants have extremely restricted range, with only one known population comprising eight subpopulations scattered across a 3-square-mile area in western Nevada’s Silver Peak Range. The agency is still expected to say later this year whether Tiehm’s buckwheat should be listed as an endangered species under the Endangered Species Act (Greenwire, Dec. 13, 2021).

In the proposal for critical habitat, FWS identified several “anthropogenic” threats to the plant within the habitat, including mineral development, and laid out a set of physical and biological features essential for ensuring survival of the species within the area.

FWS made no comments on whether the habitat designation would impact final approvals for Rhyolite Ridge. It only referenced Rhyolite Ridge in a note at the end of the notice declaring the proposed critical habitat. FWS acknowledged it considered Ioneer’s “conservation strategy” for the buckwheat to be “in the early stages.”

Conservation advocates said the proposed critical habitat demonstrates the ways developing on this one tract of land will harm a rare species.

“This proposed rule is an indication the Service is rejecting Ioneer’s plans as inadequate to save this species,” Naomi Fraga, conservation director at the California Botanic Garden, said in a statement provided to E&E News.

Rowe, with Ioneer, countered that the company has incorporated protecting the flower into its plans.

“We have always firmly understood the need to protect this species, irrespective of its listing status,” Rowe said in his statement. “Core to our strategy is avoidance (no direct impact) and minimization of any indirect impacts by our operations coupled with appropriate mitigation measures.”

Efforts to propagate and transplant buckwheat will also expand species populations, he added.