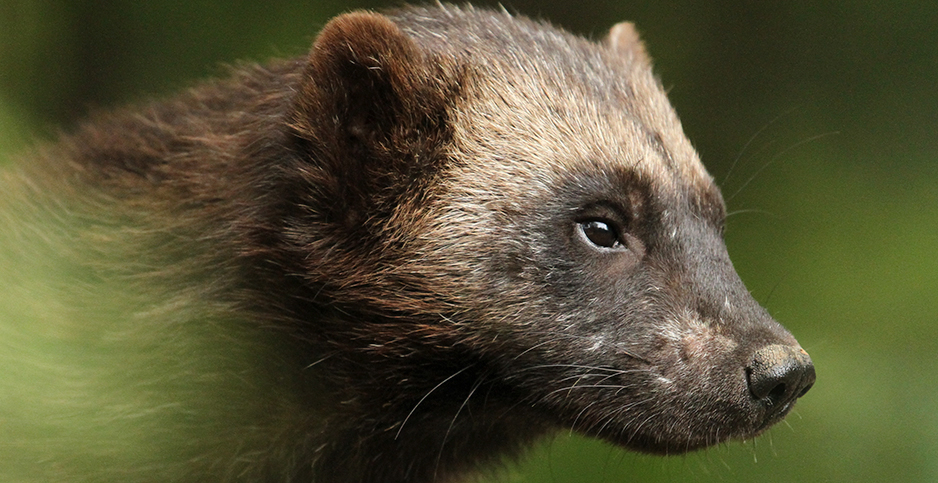 The Fish and Wildlife Service today clawed back a high-profile proposal to list the North American wolverine under the Endangered Species Act, reigniting a fight that’s previously entangled climate science and politics.

The withdrawal marks the second time the agency has sought to retract a 2013 proposal to protect the snow-loving mammal, and comes following additional studies that officials say shed new light on the wolverine’s present condition and future prospects.

"In the time since our original proposal, the science on [the] wolverine has been greatly advanced thanks to the work of state wildlife agencies and researchers in the U.S. and around the world," Noreen Walsh, Mountain-Prairie regional director for FWS, said in a statement.

FWS noted that "the most significant stressor" on the species apparently remains "the effects of climate change, such as warming temperatures and loss of snowpack."

But since the initial listing proposal seven years ago, FWS states in a new species status assessment, more refined snow modeling and new field research have "improved our understanding" of wolverine biology and the species’ needs.

Jodi Bush, Montana project leader with FWS, added in an interview that the agency "decided to go back and start from square one" to evaluate the species and the potential future it faces. As a result, she said, "we know more" about factors that include genetics, climate impact and the animal’s denning behavior.

"In particular, wolverine populations and wolverine dens have been observed outside previously modeled projections of spring snow cover," the new status assessment states.

In an interview, FWS biologist Justin Shoemaker elaborated that precise wolverine population details are elusive but that "they are starting to occupy parts of their range that they haven’t been in in decades, if not longer."

Environmentalists, though, insist the species requires protection, and they can mobilize. More than 120,000 public comments rained down on FWS during its prior wolverine go-around.

"Recent scientific information makes clear that wolverines face threats from destruction of their snowy habitat due to climate change," said Earthjustice attorney Timothy Preso. "We intend to take action to make sure that the administration’s disregard of the real impacts of climate change does not doom the wolverine to extinction in the Lower 48 states."

The wolverine is the largest terrestrial member of the family that also includes weasels and minks, and, in the Fish and Wildlife Service’s words, it "resembles a small bear with a bushy tail."

In 1994, the Predator Project and Biodiversity Legal Foundation filed the first petition to list the wolverine in the contiguous United States under the Endangered Species Act. It failed, but other petitions followed, as did litigation.

Five of seven peer reviewers supported the agency’s conclusions, while two were skeptical. A nine-person independent panel subsequently recommended the species be listed because of the predicted long-term habitat loss.

The Fish and Wildlife Service’s leadership rejected the recommendations and withdrew the proposal in 2014, noting uncertainties "about the degree to which we can reliably predict impacts to wolverine populations from climate change."

In 2016, a federal judge in the U.S. District Court for the District of Montana ordered FWS to take another look at listing the wolverine as a threatened species (Greenwire, April 5, 2016).

"The wolverine’s sensitivity to climate change, in general, cannot really be questioned. In fact, many believe, similar to the polar bear, that the wolverine may serve as a land-based indicator of global warming," U.S. District Judge Dana Christensen wrote.

Christensen added that a "possible answer" to why FWS reversed itself "can be found in the immense political pressure that was brought to bear on this issue, particularly by a handful of western states" that included Utah, Idaho and Wyoming.

Bush, the Montana project leader with FWS, said yesterday that "there has not been any political pressure on this" and that the "recommendation came up from the field and was not political."

Earlier this year, the Center for Biological Diversity, Defenders of Wildlife and more than a half-dozen other groups again sued to compel a final FWS decision.