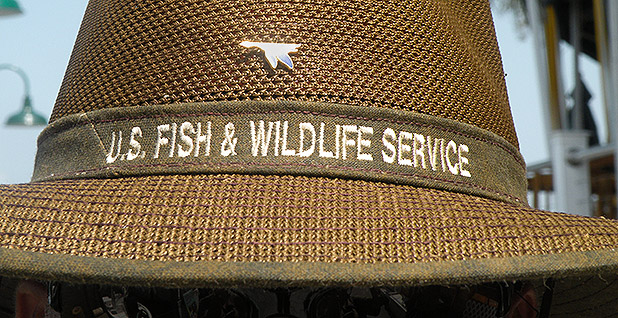 Interior’s Office of Inspector General acknowledged the active inquiry in a letter emailed this morning to E&E News. The IG cited the still-live investigation as a reason to deny an E&E Freedom of Information Act request for a report on the refuge manager.

A brief public summary said that the refuge manager violated FWS policy when he did not report the 2016 indecent exposure episode and that he violated federal ethics regulations by participating in the refuge’s friends organization’s fundraising events while in uniform, among other problems.

The summary does not specify whether the alleged indecent exposure involved an employee or refuge visitor.

"We have determined the proceedings are not concluded in this matter and that release of records related to these proceedings could reasonably be expected to reveal OIG’s case prematurely and otherwise interfere with OIG’s ability to effectively enforce the law," the office stated today.

The Fish and Wildlife Service manages more than 560 national wildlife refuges throughout the United States. More than 200 of the refuges are supported by independent, nonprofit organizations generally known as friends groups.

"The Service takes the findings of this report very seriously," FWS spokesman Gavin Shire said in a statement. "Although we do not comment on personnel matters, we want to assure the American public that we work to adhere stringently to a number of policies and processes designed to protect the safety and well-being of U.S. Fish and Wildlife Service employees, volunteers, partners and visitors to the National Wildlife Refuge System."

Shire added that "Service policies also guide the agency’s relationship with refuge friends groups and other outside entities to ensure refuge system resources are used legally, ethically and for the public good."

The FWS manual states that agency employees can "serve on Friends committees in an official capacity as long as those committees are not involved in lobbying, games of chance, solicitation of donations or the operation and administration of the organization."

Milestone was reassigned, and he subsequently retired.

Beyond the indecent exposure incident and friends organization fundraising, the one-paragraph IG summary noted that investigators found the refuge manager had violated regulations when he allowed a for-profit corporation to operate on the refuge without an agreement or permit.

The manager also allegedly allowed a concessionaire to operate a fish cleaning station on the refuge, which investigators said could make it difficult for refuge officials to enforce fish size limits.

"Finally, we found that the manager violated federal regulations by improperly using and disposing of government property," the summary stated.