Ga. park site will double in size to save Indigenous mounds 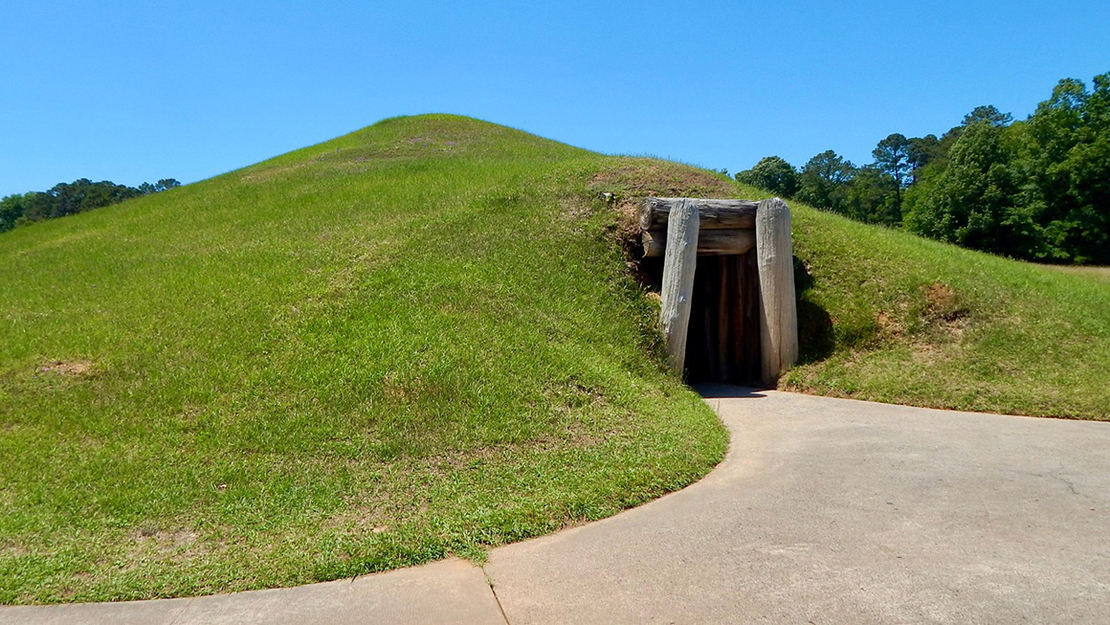 The Earth Lodge at Ocmulgee Mounds National Historical Park in Georgia. A replica of a council chamber of the Indigenous Mississippian culture, the Earth Lodge was constructed over the original floor in the 1930s by Civilian Conservation Corps and Works Project Administration crews. National Park Service

Ocmulgee Mounds National Historical Park will more than double in size after the National Park Service acquired a 951-acre tract of land next to the site in Macon, Ga., park officials said yesterday.

NPS said the deal will help protect “some of the most significant prehistoric Indigenous mounds in North America.”

In addition, park officials said that more than 2 million artifacts were found at the site in the 1930s during the largest single archaeological excavation in U.S. history.

“It is our solemn duty and honor to protect our nation’s most significant lands,” said NPS Director Chuck Sams, who in November became the first Native American to lead the agency. “It’s even more critical that we work collaboratively with tribal nations to ensure proper conservation and access.“

The new property is east of the park and situated in the Ocmulgee Old Fields-Macon Reserve, a place considered sacred to Muskogean people.

“This additional property includes some of our most important unprotected ancestral lands,” said David Hill, principal chief of the Muscogee (Creek) Nation.

The tribe, now located in Oklahoma, is the fourth largest in the nation with 93,100 citizens. The Muscogee Nation was one of many tribes forced off their native lands in the southeast U.S. beginning in the early 19th century, including in the brutal and deadly Trail of Tears that moved Native Americans to the territory that later became Oklahoma.

“We have never forgotten where we came from, and the lands around the Ocmulgee River will always and forever be our ancestral homeland, a place we consider sacred and a place with rich cultural history,” Hill said.

Financial details of the deal were not disclosed, but officials said the land was bought with a combination of private funds, grant money, and the federal government’s Land and Water Conservation Fund.

NPS officials said the property “was under threat of incompatible industrial development” before the Open Space Institute facilitated a deal to buy the land last year. The organization has worked to protect more than 2.3 million acres of land along the Eastern Seaboard since it was founded in 1974.

“This land is incredibly special, holding history dating back thousands of years,” said Kim Elliman, president and CEO of OSI. “With this transaction, we are ensuring its permanent protection and acknowledging the Muscogee (Creek) Nation’s historic and ancestral connection to this hallowed place.”

Sams said the agency also will “continue to work with willing sellers to preserve the culturally significant land associated with the Ocmulgee Old Fields.”

Separately, NPS is also conducting a special resource study on whether to recommend that land along the Ocmulgee River corridor should become a national park and preserve.

Congress, which ordered a study of the river site in 2019, would get the final say in making such a determination.