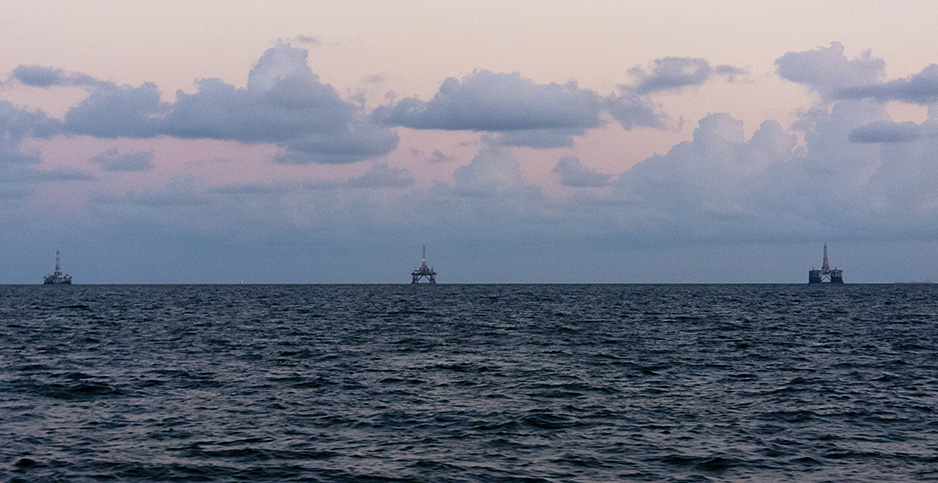 Federal regulators have allowed the oil and gas industry to leave more than 97 percent of all decommissioned pipelines on the Gulf of Mexico seafloor since the 1960s, according to a report released today by the Government Accountability Office. Jeff Miller/Flickr

A federal government watchdog today said the oil and gas industry has been allowed to leave behind more than 18,000 miles of abandoned pipelines on the seafloor of the Gulf of Mexico since the 1960s.

That’s more than 97% of all of the decommissioned pipelines in the Gulf, the Government Accountability Office said in a report released by the House Natural Resources Committee.

The report urged the Bureau of Safety and Environmental Enforcement to step up its oversight of all offshore pipelines.

"BSEE does not generally conduct or require any subsea inspections of active pipelines. Instead, the bureau relies on monthly surface observations and pressure sensors to detect leaks," the GAO said. "However, officials told us that these methods and technologies are not always reliable for detecting ruptures."

In addition, the old pipelines can also shift location due to hurricanes and erosion, creating new hazards for fishing and navigation while disrupting fish habitat, the report said.

Top Democrats on the Natural Resources Committee were quick to weigh in. "The business model of drilling our oceans for a quick buck and sticking the public with the cleanup bill is coming to an end," Rep. Raúl Grijalva (D-Ariz.), the panel’s chairman, said in a statement this morning.

"Our oceans are there for all of us, not just oil and gas companies," said Grijalva, "and if they can’t behave responsibly on their own, this Congress will be happy to step in and set some overdue boundaries." Grijalva said the committee will address the issue "in a timely way."

The report said that BSSE and its parent, the Department of the Interior, need to ensure the integrity of active pipelines and address the environmental risks linked to obsolete pipelines left behind.

In response to the report, Rep. Julia Brownley (D-Calif.) planned to introduce a bill this afternoon that would require BSEE to issue regulations to improve its oversight of pipelines.

Among other things, her bill would mandate frequent inspections and force pipelines to be equipped with leak detection systems.

"We must do more to ensure that decommissioned pipelines are cleaned up properly," Brownley said.

Brownley said lax oversight has resulted in "terrible tragedies" along California’s central coast, including the 1969 Santa Barbara oil spill, adding: "The scars of this catastrophic event are still visible and continue to have a resounding impact on our region’s environment."

Brownley’s bill would also require both BSEE and the Bureau of Ocean Energy Management to conduct a study to evaluate the risks associated with decommissioning oil and gas pipelines and to charge owners of offshore pipelines an annual fee to fund the removal of pipelines if an owner files for bankruptcy.

Grijalva and Rep. Alan Lowenthal (D-Calif.), the chair of the Subcommittee on Energy and Mineral Resources, said they plan to co-sponsor the bill, called the "Offshore Pipeline Safety Act of 2021."

Lowenthal said the bill will be "critically important to protecting our environment and communities from the risks associated with leaks from, not just aging, but all offshore oil and gas pipelines."

"For too long we have gone without a proper rule governing these pipelines," he said. "That should end now."

The bill has already been endorsed by a wide range of environmental groups, including Oceana, the Natural Resources Defense Council, the League of Conservation Voters, Earthjustice, the Sierra Club, Healthy Gulf and the Ocean Conservancy.